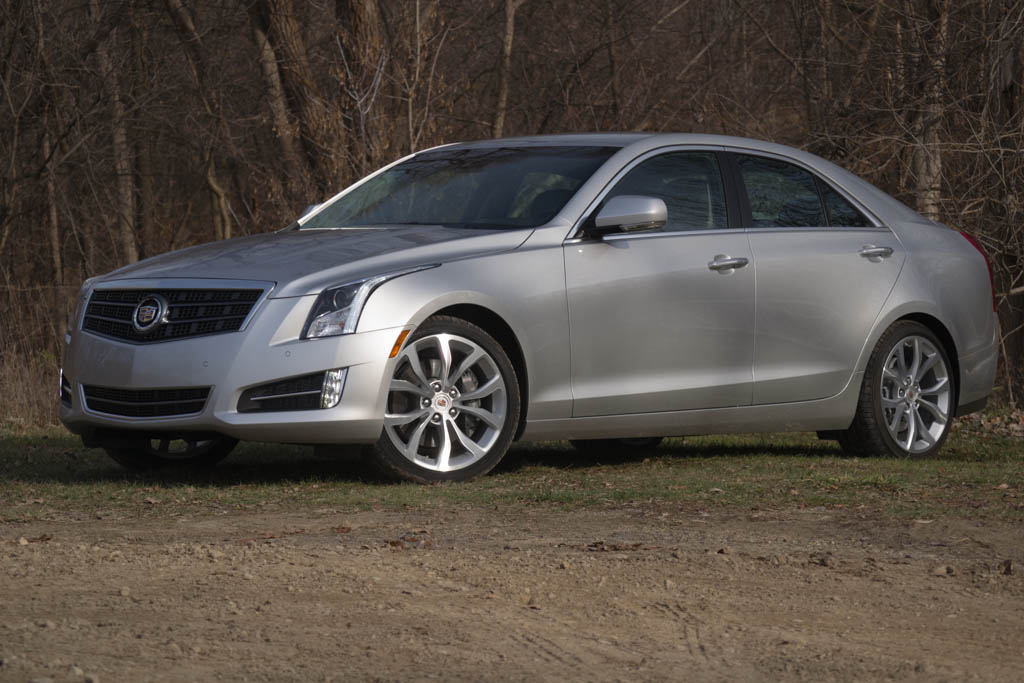 —Lake Orion, Michigan
The Cadillac ATS might just be the best car sold by an American brand in the past several years. We came to a similar conclusion when we drove the turbocharged model at its launch a few months back.
Now, we’ve driven the more powerful version, powered by GM’s 3.6-liter V-6. We’ve enjoyed this engine in everything from the Chevrolet Equinox, to the Camaro, to the Cadillac SRX and XTS. It feels most at home, though, in the ATS.
[Click here to read our review of the Cadillac XTS]
Part of that is down to the extra power it produces. At 321 ponies and 274 pound-feet of torque, the ATS’s V-6 packs more punch than it does in the SRX or Equinox, and is just shy of the 323 horsepower and 278 pound-feet of torque found in the base Camaro.

Mated to a six-speed automatic, the V-6 delivers smooth performance, and shows a willingness to rev that aids the ATS’s sport sedan credentials. Power is present throughout the rev range, although low-end power doesn’t feel quite as potent as the Caddy’s biggest competitor, the BMW 335i. In the middle and top parts of the rev range, though, the ATS feels more willing to run than the turbocharged Bimmer. We’ll admit that we’ve grown accustomed to the grunt from BMW’s entry, but the revvy Cadillac is certainly something we could get used to.
Its six-speed automatic delivers smooth performance whether in automatic or the paddle-operated manual mode. Upshifts are quick but not jarring, erring more on the side of smoothness than outright pace. The six-speed auto responds well to sudden throttle inputs, dropping cogs accordingly. The steering wheel-mounted paddles up the involvement, but certainly aren’t necessary to have a good time. We’d have liked to have seen a bit crisper action overall, and the plastic material of the paddles didn’t have the same air of quality found throughout the rest of the cabin.
This isn’t necessarily the fault of the paddles, though, as the cabin is finished to an impressively high degree. Materials look and feel nice, and are complimented by the chocolate-and-cream color pattern of our tester. We still aren’t crazy about Cadillac’s tendency to mix wood and piano black, but it seems to work on the ATS, due in large part to the way the materials are used. The wood trim is used sparingly, as more of an accent, while the piano black dominates the center stack and the interfaces of the CUE infotainment system.
While we like most of the cabin, certain driver touch points, namely the steering wheel, are dubiously done. The leather on the wheel feels cheap, almost rubbery, relative to the rest of the cabin. There’s not a great deal of padding either, although the overall diameter of the wheel and thickness of its rim is right. We’d like to see the option of adding the nice Alcantara wheel from the upper-trimmed CTS and CTS-V, which would improve the driving experience considerably.
The ATS’s ride is a near ideal balance of sportiness and comfort. Had we been told we’d have seen such poise from a small Cadillac when the Catera was put on sale, we’d have laughed until we were blue in the face. We can thank GM’s excellent Magnetic Ride Control for this. Left in Tour, it delivers smoothness that rivals the best in the class. Sport mode firms things up, mitigating roll, squat, and dive. It feels poised and balanced, while still delivering a pleasurable degree of feedback through the chassis.
Cadillac’s 3-Series fighter is a winner. We try to avoid bombastic statements here at Winding Road, but it’s quite difficult when a vehicle is as good as the ATS. Never before have we seen a vehicle that seems so able to dethrone the mighty 3-Series, and in turn become the new measuring stick for the sports sedan segment. It’s great to look at, both inside and out, but more importantly it is absolutely excellent to drive.
2013 Cadillac ATS 3.6 Premium
Engine: V-6, 3.6 liters, 24v
Output: 321 hp/274 lb-ft
0-60 MPH: 5.5 sec (est)
Weight: 3461 lb
Fuel Economy, City/Hwy: 19/28 mpg
Base Price: $47,590
Tags:
BMWBMW 335iCadillac ATScadillac ats imagescadillac ats picturescadillac ats pricecadillac ats reviewcadillac ats specsCadillac SRXCamaroChevrolet EquinoxdriverMichiganXTs