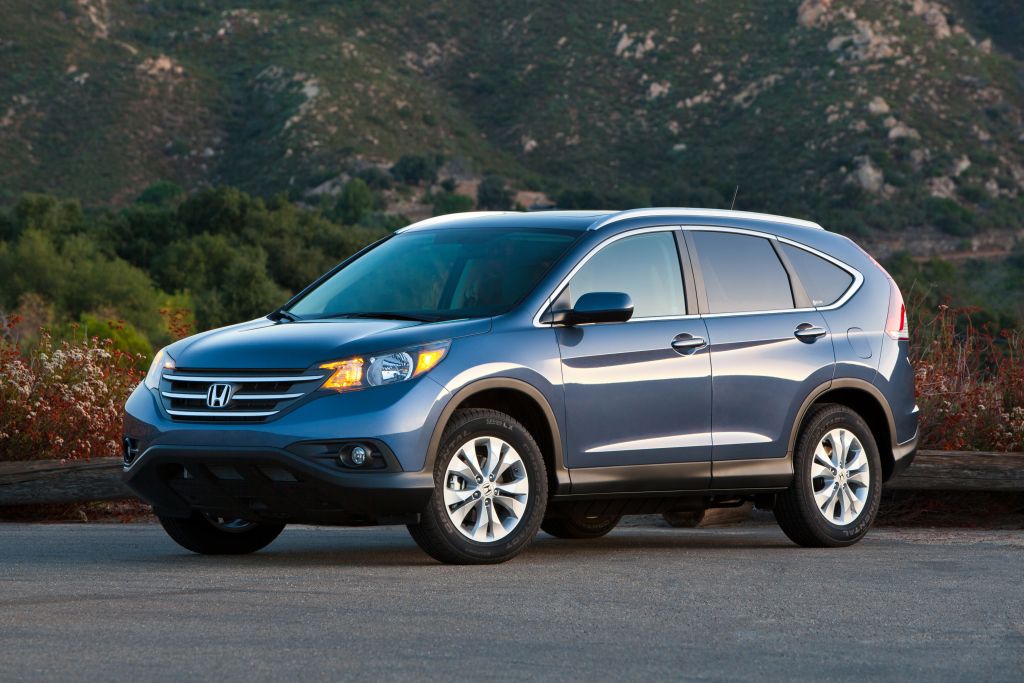 Brandon and John say plenty, below, about the character of the CR-V, or in some cases the lack of character. I’ll let your read on to find out that, in not terrifically exciting news, another new crossover isn’t exactly a riot for driving enthusiasts.
I don’t have much of a quibble with the content of this Honda. I think the new CR-V has gotten a really successful facelift, is being sold at a very competitive price, and will very completely suit the needs of the large majority of CUV buyers.
Under the skin there’s enough that’s the same with the previous CR-V that, if I could drive blindfolded, I might not be able to tell the two apart, reliably. That’s fine for the CR-V buyer though, for whom the “painless” variety of driving dynamics are likely just dandy, and who’ll be more attracted to the superior packaging, and the improved fuel economy figures.
—Seyth Miersma, Editor-In-Chief
Honda’s CR-V isn’t a bad car. It’s comfortable, safe, reliable, not bad looking, efficient, and has all the creature comforts expected of a vehicle in its segment. It’s an all-around good vehicle if you need a lifted, five-passenger vehicle that can sip fuel. The problem is, it’s like driving water.
Let me explain. Water is very good for you, keeping you hydrated, making it the ideal drink for most situations. So the CR-V, while not helping with our hydration needs, is an ideal vehicle for most situations. Its 2.4-liter engine has just enough shove to not feel overly slow, while its five-speed automatic works rather unobtrusively. The ride isn’t bad, and the available all-wheel drive gives some piece of mind in inclement weather. So yes, it’s a big glass of ice water.
The problem is, water isn’t the most satisfying beverage. Occasionally, we want a milkshake, or a bottle of Coke, or, in extreme cases, a straight-up shot of tequila. Water can’t give us that satisfaction, and neither can the CR-V, which is its biggest problem. Not once, during my time with this car was I satisfied driving it. Yes, it got me home from work and helped me run errands, but I never got the automotive manifestation of a brain freeze, a sugar buzz, or intoxication that comes from other vehicles. Simply, there was no joy in this car, no fun, no tangible reason to think you need one.
Perhaps there’s no greater comment regarding the CR-V than this: over the weekend that we had the CR-V, I chose to take home a Toyota Camry.
—Brandon Turkus, Online Editor
It’s interesting that Brandon brings up the Camry here, but not surprising. With the CR-V, I experienced the same, “Which car is mine?” moments in parking lots that I did with the anonymous and forgettable Toyota sedan.
When behind the wheel, I found myself thinking very little about the actual driving experience, and more about what I was going to do at my destination, what my dogs were doing, what I was going to have for lunch. The drive is so uninvolving, I could have just as well been a passenger. At least the Camry was fast.
But the CR-V is exactly what hordes of people want in a car. It has smooth driving dynamics and decent gas mileage. It has efficient, usable space for people and cargo, but it is still small enough to easily navigate a crowded parking lot (good visibility and a backup camera help, too). It’s a tried-and-true formula for Honda, as Brandon reported when he drove it at the launch.
It’s hard to talk about the car without talking about its real-world practicality. And, as much as I prefer a car that fulfills some sort of driving fantasy rather than master day-to-day reality, when talking about the CR-V realistically, it doesn’t sound bad at all.
—John Beltz Snyder, Senior Editor
Pros
Attractive interior is a fine place to spend some time
Size and visibility offer good maneuverability
Better power and better fuel economy compared with the out-going CR-V
Cons
Does nothing to engage the driver in the process of driving
Engine note is a bit intrusive

Competition from Kia/Hyundai is very solid. Oh, there’s a new Rav4 upcoming, too