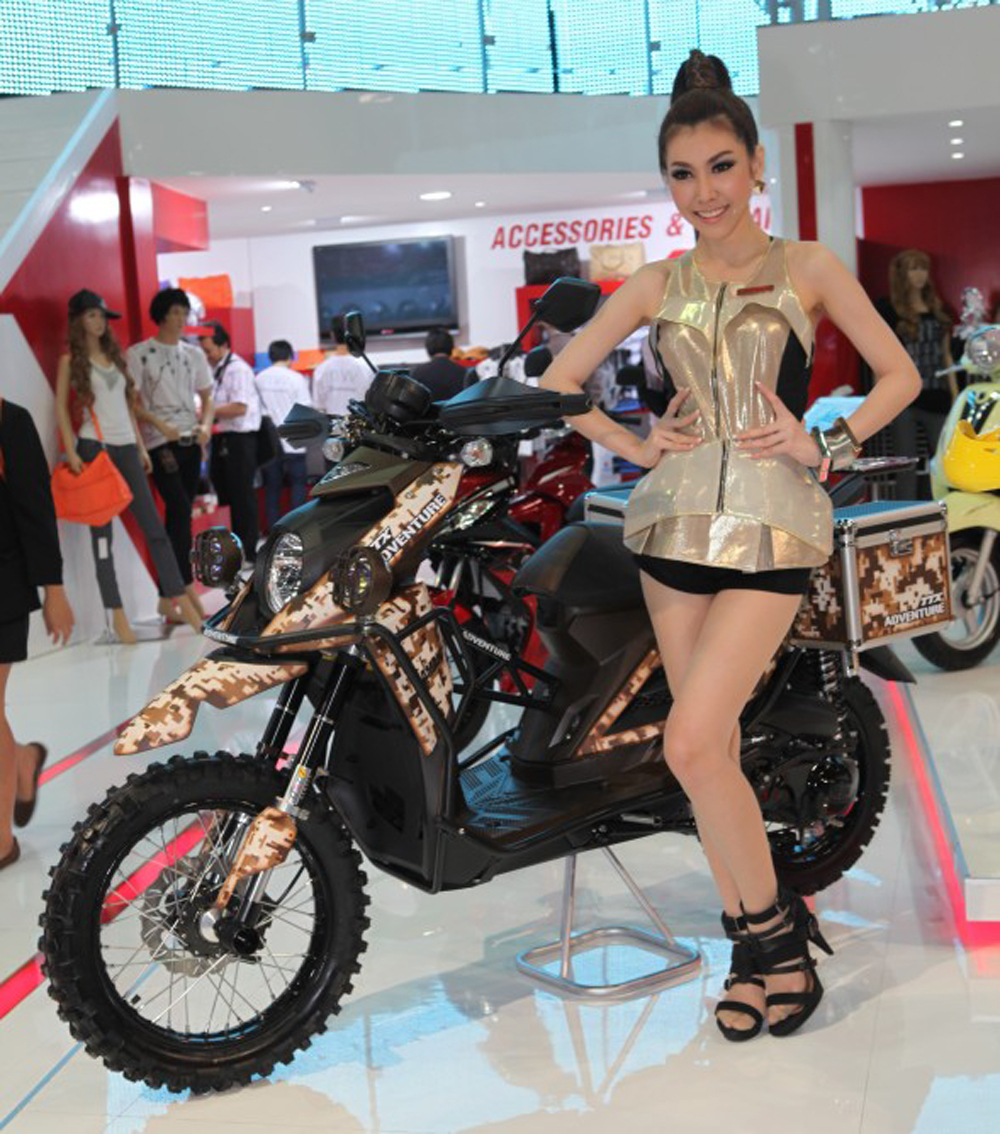 Wind Map Of America
Weather is not boring. It’s amazing. Why else would it be everyone’s go-to conversation starter? Here, we have a psychedelic, nearly live map of wind patterns throughout the States. It’s both informative and entrancing. Some weather we’re having, eh? (We’ve got thunder and lightning here in Southeast Michigan.)

Animated Global Ocean Currents
This has been around for a couple months, but it is just now starting to make its rounds through the internet. Similar to the above wind map, this is a high-resolution video of the world’s ocean currents. Beautiful and intriguing, we recommend watching it in full-screen HD. Thanks, Anne Ryan, for the tip.

Sand Flea High-Jumping Robot
Science, man! Boston Dynamics, maker of the horrifying and impressive (and dare we say hilarious?) Big Dog four-legged robot of doom, has created the equally impressive Sand Flea, which can jump over 30 feet in the air. Launched by CO2, it is accurate enough to jump through a second-story window. Welcome, robot overlords, to our humble treefort.

"World’s Fastest" E-Bike
A company called Specialized has just announced The Turbo electric bicycle. It has a top speed of 28 miles per hour when powered by its lithium ion battery and Direct Drive rear hub motor. Of course, you can always use your leg power to get around the old-fashioned way.

Globe-Trotter Case For Fuji X-Pro1
The upscale British luggage maker Globe-Trotter has teamed up with Fujifilm to create this custom case for the beloved Fuji X-Pro1 camera, as well as its flash, filter, three lenses, and lens hoods. Only 12 examples of this case will be available, and they will only be sold through Harrod’s.

Diagnostic Tooth Tattoo
It won’t cure you like the Nasa biocapsule we featured back in February, but it will tell you why you’re sick. It’s a tattoo for your tooth (which is pretty gangster), made out of graphene (which is pretty geeky). The sensors in the tattoo will theoretically detect the various bacteria in your mouth and breath, and identify which are making you sick.

Paper iPad App
The iPad may be the coolest thing to read and write on since paper, and now with Paper (the app), you can draw and paint beautiful works of art on it. Use it as you would a sketchbook, to create all sorts of images and take them with you. You’re just going to need a stylus to use it.

Yamaha Off-Road Scooter
Yamaha Thailand has shown an off-road concept scooter called the TTX Adventure. With a 115cc motor, knobby tires, reinforced frame, off-road lights, and digital camouflage, it has the capability to navigate rougher terrain than your average scooter. Looks like dirty fun to us.

Coral Reefs From Cremains
Here’s a new way to be buried at sea. Eternal Reefs is now offering concrete artificial reefs made from the cremated remains of loved ones. The memorial is then placed on the sea floor, where it will serve as habitat for marine life. Not a bad way to be remembered, especially if you are survived by avid divers.

Annihilator Demolition Tool
This is the perfect multitool for when you want to shift your destructive ways from self- to outward. The Annihilator from Dead On features a demolition axe, hammer, wrench, nail puller/tile ripper, chisel, and (perhaps most importantly) bottle opener all in one balanced wrecking bar. It also looks pretty stabby. The Annihilator is probably also useful against zombies, if you’re worried about that sort of thing.
+The Hot List: Volume 30
+The Hot List: Volume 29
Tags:
hot list