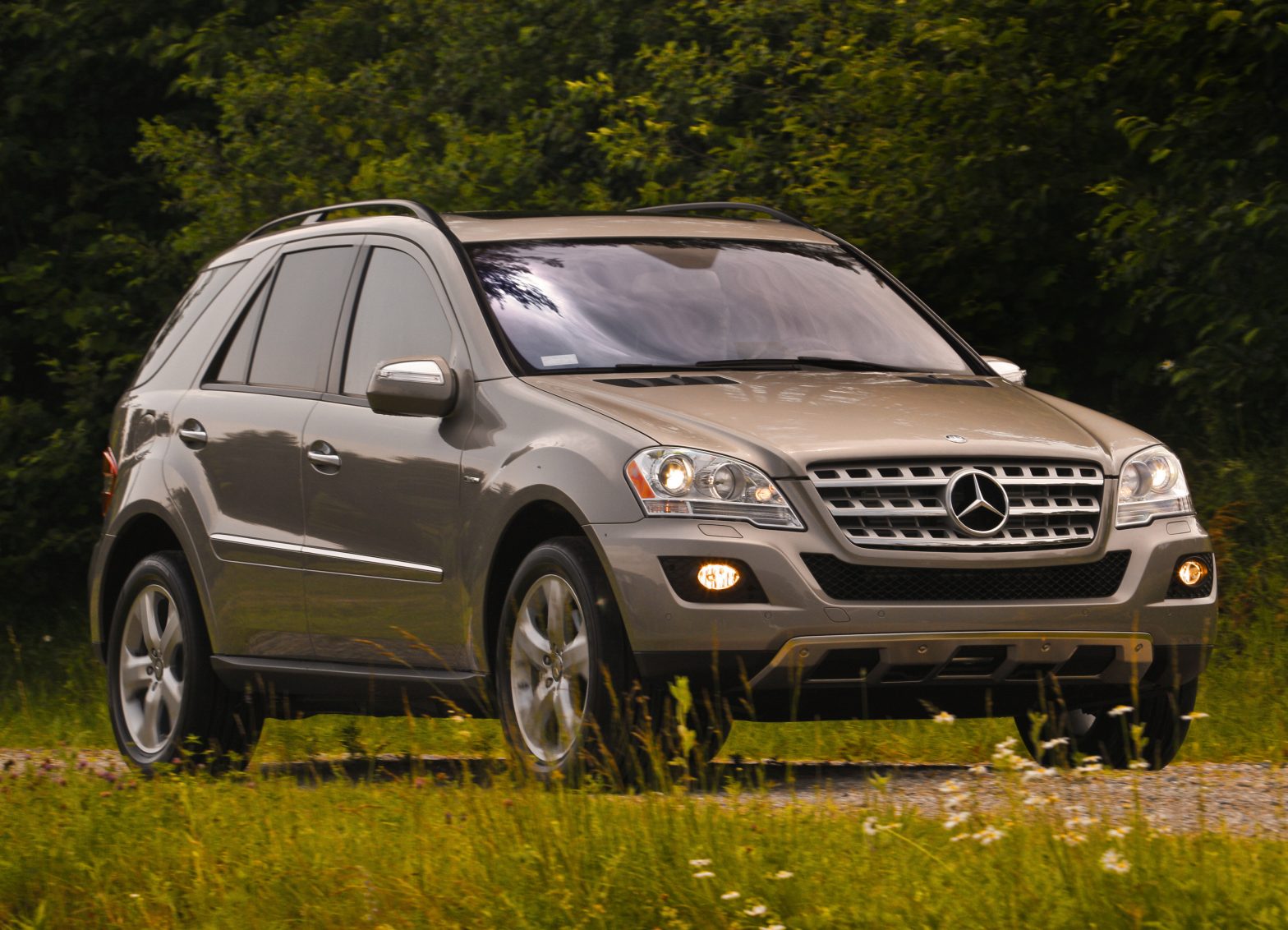 We received our Mercedes-Benz ML320 Bluetec diesel about two weeks after we tested the BMW X5 xDrive35d, and after the oil-burning fun of the X5, I was pretty excited about having another big diesel SUV.

My excitement was short lived though. The fun of diesels tends to come from how the power is delivered, and in cars like the X5d and Audi Q7 TDI, this means rather rapid acceleration from a standstill and on the highway. Unfortunately, those sorts of tactics just seemed unattainable in the ML. Seat-of-the-pants feeling is that the ML just didn’t have the guts of the X5d or Q7.

The problem with the Mercedes isn’t numbers. It is lighter than either the X5d or Q7 (4974 pounds compared to 5225 pounds in the X5 and 5512 pounds in the Q7), and produces similar amounts of torque (398 pound-feet versus 425 and 406 in the X5 and Q7), but it just doesn’t feel quick. Blame it on transmission gearing, because with numbers like this, I am at a loss as to why the Benz feels the slowest of the three.

Even though my driving tastes and style are better suited to BMW’s general take on vehicle dynamics and tuning, I’ll freely admit that I’ve got a bit of a soft-spot for most of the Mercedes-Benz lineup. The new E-Class feels world class in each body style and engine configuration that I’ve sampled. S-Class, SLK, and GLK all feel about as powerful, luxurious, and solidly built as one would expect of a vehicle wearing the three-pointed star.

And then there’s the ML-Class.

From my very first steer of the ML, I’ve had the distinct sense that the M-B engineers were deeply ensconced in their summer vacation plans when the groundwork was being laid for the mid-size SUV. Our loan of Bosch’s ML320 Bluetec did little to change that opinion.

Vague and overly light steering, a meekly tuned transmission, and barge-like suspension settings all make an SUV I should love, pretty annoying to drive. The 3.0-liter Bluetec diesel has got 398 pound-feet of torque for god sakes! That’s a little less than the BMW 35d motor offers, but in a package that weighs a few hundred pounds less than does the X5. And yet, where the BMW feels well pinned to the pavement and manly during acceleration, the ML feels completely ill at ease with the business of crushing miles.

We’ve seen spy shots of M-B testing out the next generation ML, so there’s reason to hope that better things are coming for the luxury mid-size buyer. With the current, excellent X5 as a benchmark, the new ML will not lack for room to improve.

Most of my miles in the ML were on the highway, which, quite honestly, was not a fun place to be. It felt dangerously floaty, and even a glance at the speedometer was enough time for the car to start drifting toward the edge of the lane. A dead steering feel didn’t help this, and small corrections were met with an imprecise response; a small motion in the steering wheel could either be met with a jerking of the vehicle, or no response at all. Needless to say, I was glad that the roads were dry.

Fuel economy was great though. I managed in the low 20s for combined miles per gallon. The diesel engine was quiet, and the ML’s transmission managed what felt like smooth, properly timed shifts every time I left it in fully automatic mode (which was most of the time, as I wanted to keep both hands planted on the wheel.

Really, though, I was relieved when I handed off the keys to this vehicle.