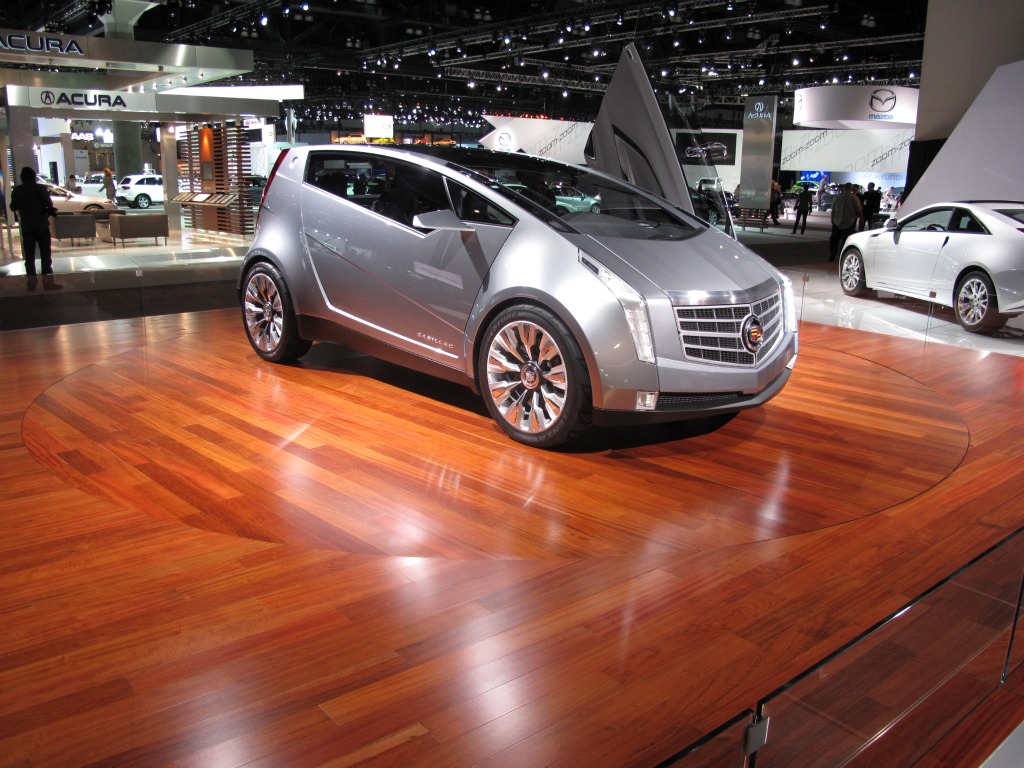 Cadillac has unveiled its Urban Luxury Concept at the LA Auto Show. The two-door city car is powered by a turbocharged, 1.0-liter, three-cylinder engine and features quite a bit of green technology. With a start-stop function, regenerative brakes, and a dual-clutch transmission, as well as an electric motor, the ULC is theoretically capable of achieving 56 miles per gallon in the city and 65 mpg on the highway.