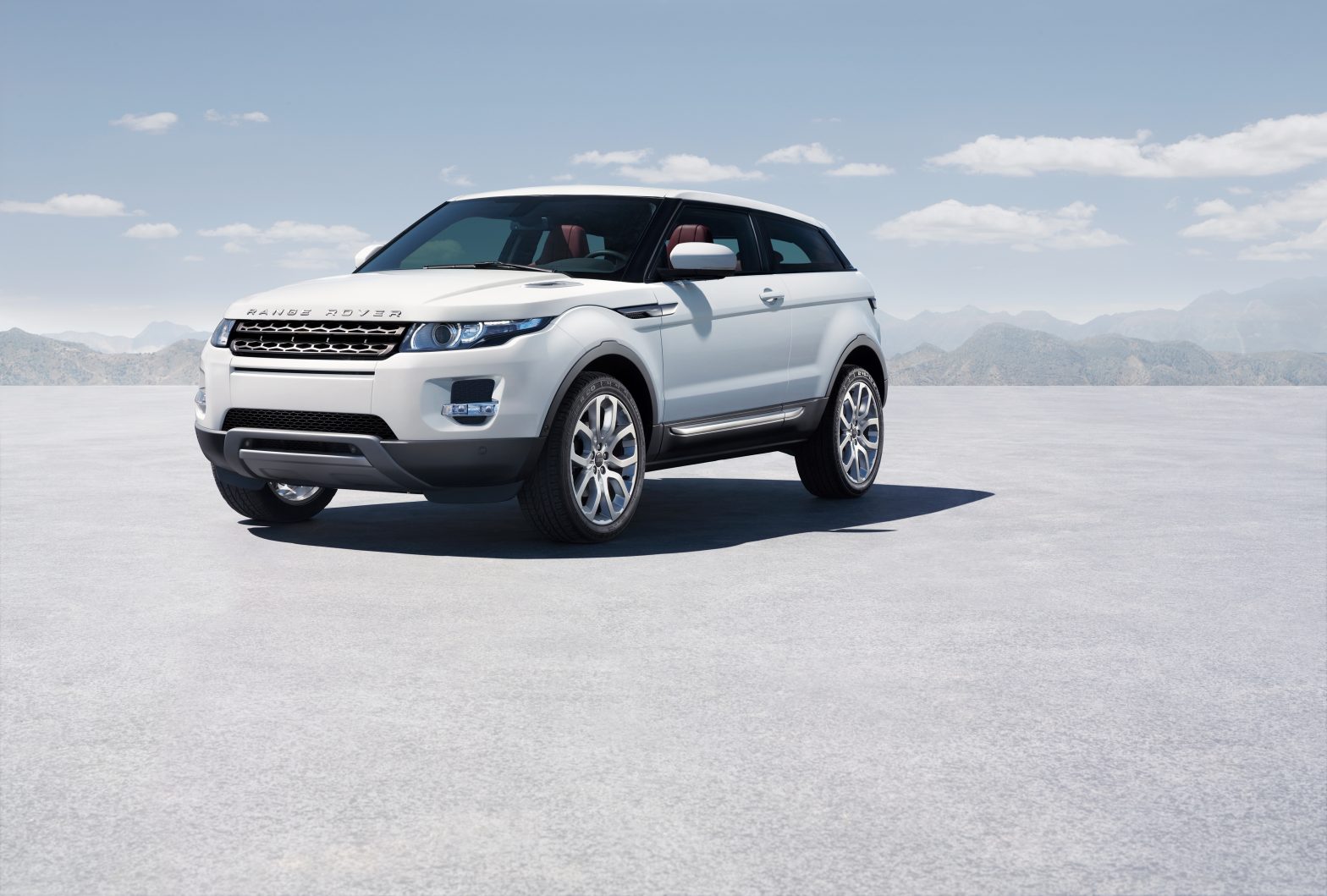 Land Rover has unveiled the newest entry to the Range Rover line, the Evoque, at the brand’s 40th Birthday celebration in London. The Evoque is the production version of the LRX Concept which debuted in 2008.

The Range Rover line represents the ultimate in performance, luxury, and upscale cool for the Land Rover brand. Despite its diminutive size, the Evoque isn’t a rehash of the Freelander/LR2, but is a full-fledged Range Rover. The Evoque should be just as luxurious and high performing as the rest of the Range Rover line—at least that’s what we hope.

What is truly impressive is just how much the Evoque has in common with the LRX Concept. Many of the concept car touches are gone (slim wing mirrors are replaced with standard units, production model has door handles), but the Evoque carries over almost unchanged from the concept’s form.

Mechanical details are still sparse, but with a planned public debut of September 30th at the Paris Motor Show and an on-sale date in the Fall of 2011, we should know more soon. In the meantime, check out the lone picture that Land Rover provided, and let us know what you think.

Please scroll down for the official press release from Land Rover.

Phil Popham, managing director of Land Rover said, "Today is a very special occasion for Range Rover, not only are we celebrating 40 years of the brand, we are also demonstrating our exciting future by showing the all-new Range Rover Evoque. Range Rover is one of the most highly regarded and iconic vehicles in the history of motoring and has been a continuing success since we first introduced it in 1970. The all-new Range Rover Evoque, is an important step for the future continued success and growth of the brand. Customers can be confident that the new car will be premium, luxurious and just as special as the other Range Rover models. Its sporting looks and unique qualities will open the brand to a new group of customers who may not have considered a Range Rover product before.

"The all-new Range Rover Evoque will be built at our multi-award winning plant in Halewood, creating 1,000 new jobs in the Merseyside area, a fantastic boost to the UK economy. The Halewood plant has a reputation for excellence and quality and is recognized throughout the industry as a leader in Lean Manufacturing.

"The all-new Range Rover Evoque is a true global car and will be sold in over 160 countries. It was important to give the car a name that was instantly recognizable through language and cultural boundaries throughout the world. We wanted to create a new name which was innovative and different. A name which implies exclusivity and arouses emotions, Evoque is cosmopolitan and cross-continental, sophisticated and matches the car’s urban elegance," he added.

Gerry McGovern, Land Rover design director said, "The Range Rover is an iconic design that has stood the test of time and it’s not difficult to see why. Like the current version, the original Range Rover is such a simple and memorable shape that is easily recognizable.

"The all-new Range Rover Evoque marks a bold evolution of Range Rover design, providing customers with a desirable, premium and compact car like SUV. In 2008 we introduced the LRX concept car: after a positive reception worldwide, the natural step for the business was to turn the LRX concept car into reality. Tonight we wanted to show the world that we have stayed true to our word and delivered a car that completely represents the spirit of the LRX concept.

"The all-new Range Rover Evoque will resonate with customers on an emotional level. Its unique silhouette accentuated by the distinctive falling roof and dramatic rising waistline creates a modern and relevant execution of the familiar Range Rover design language. This car makes a powerful statement of the Range Rover’s brand intent to appeal to a wider audience," he added.

Chris Marchand, Executive Vice President of Land Rover North America said," The new Range Rover Evoque has a very clear mandate in North America to give luxury SUV customers another choice to enjoy Range Rover style, luxury and all terrain traction, but with a more compact, fuel efficient footprint. This is an incredibly important expansion of the Range Rover brand in this market."

The all-new Range Rover Evoque will make its global public debut at the Paris Motor Show at the end of September and will go on sale from next summer and in North America in the fall.

List: Ten Cars Your Mom Would Hate (But You Probably Love)