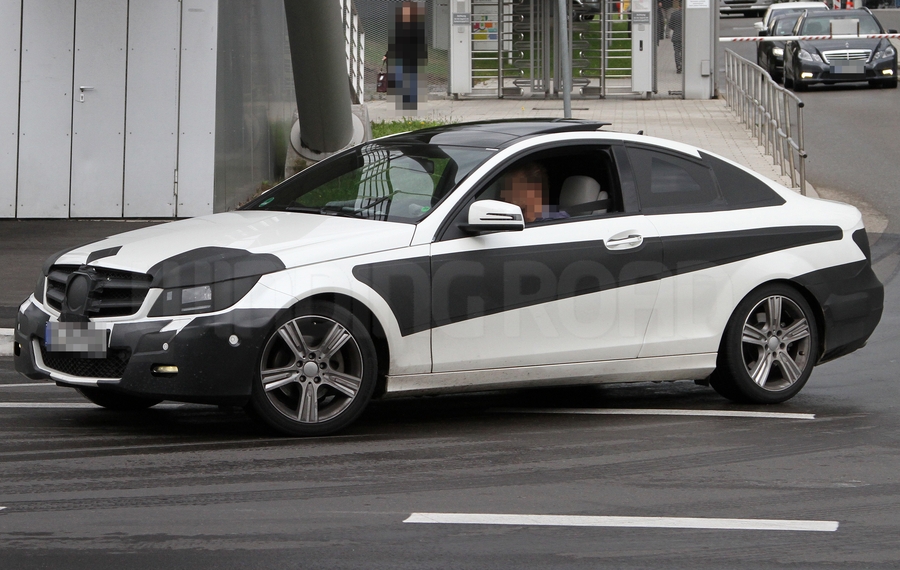 Our vigilant spy photographer has again caught the Mercede-Benz C-Class Coupe, and this time he managed to capture a glimpse of the cockpit.

This time seen in white, it is expected to come to market sometime next year. When it does, it’ll likely bring the same engines as the sedan and wagon. Perhaps an AMG version will show up, too, with that 6.2-liter V-8 we love so much.

Scroll down for comments from the shooter.

We have showed you photos of the new Mercedes C-Class Coupe before, but this is the first time that we can show you the interior as well. This interior will also appear in the updated C-Class sedan and wagon when it’s due in spring 2011. But we also believe its nice to show a prototype in white instead of the usually used black paint, since it’s easier to see how it will turn out.