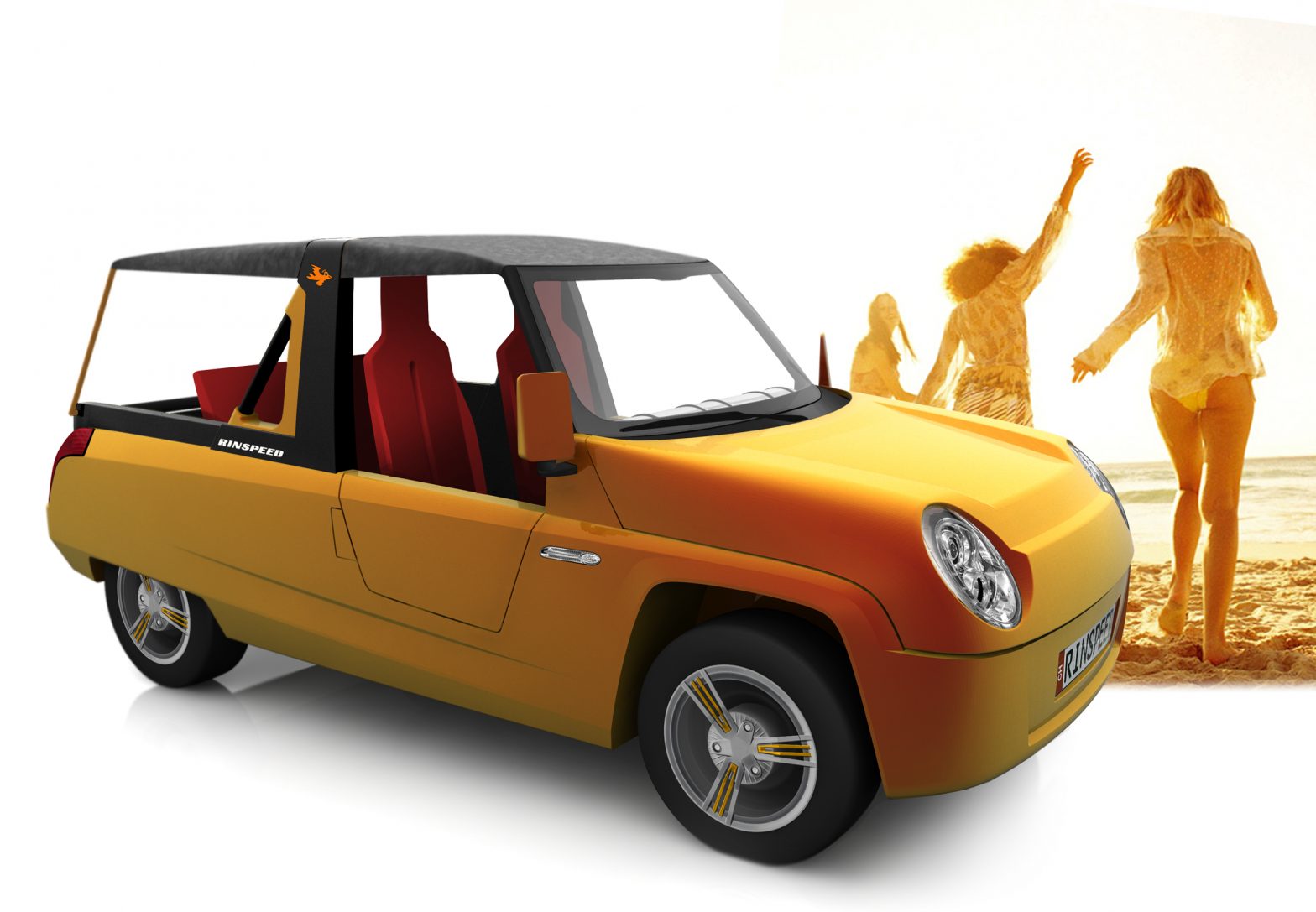 Ahead of the Geneva Motor Show in March, Rinspeed is teasing its Bamboo concept car.

The EV, as suggested by the name, includes components made from Bamboo fibers. It also features an onboard foldable bicycle. Other than that, the press release promises nothing frilly in its design. It is meant to be a simple vehicle for drivers who are turned off by the current culture of cars.

We wish we had more details about the Rinspeed Bamboo, but it looks like we’ll have to wait until its debut for all the specs.

Read on for more details in the colorful press release, below.

Car Visionary Rinderknecht‘s Focus at the Geneva Motor Show 2011 is on Back to the Roots:

“BamBoo” – the Pure Roots of Mobility

The names of the concept cars from Swiss car visionary Frank M. Rinderknecht are more than marketing-driven slick onomatopoeia that polls well with focus groups. At Rinspeed names often have a deeper meaning.  That is also true for the latest creation from Rinderknecht. “BamBoo” is the name of his latest ‘baby’ that resembles a grown-up golf cart and is bound to evoke plenty of admiration at the next Geneva Motor Show which runs from March 3rd through 13th, 2011.

Nomen est omen – the name says it all – is immediately apparent: Many interior components are made from bamboo fibers. But the four-seater “BamBoo” takes it to a whole new level – to the Meta level so to speak: This open-top vehicle awakens the longing for sun, summer, for lightness and easiness, the desire to be at the beach. It is a reminiscence of the Seventies, of the south of France and St. Tropez. And one would expect to find Brigitte Bardot behind the wheel with playboy Gunther Sachs at her side heading towards Tahiti beach..

Anyone who might think that this is simple retro design for nostalgia’s sake underestimates the boss of the Swiss concept powerhouse. Yes, Rinderknecht incorporates the automobile references of the time. But he doesn’t leave it at that. He reinterprets them and evolves them into the future. And he focuses in them the yearning to get back to the roots, paired with the absolute desire to be in harmony with creation. That makes electric drive, also for the onboard foldable two wheeler for the last “mile”, a must.