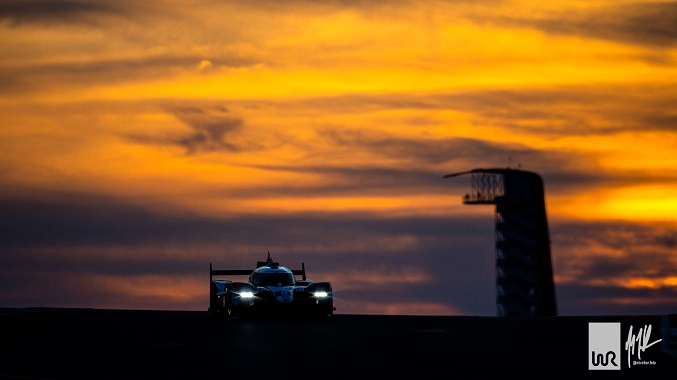 Check out the highlights below! Stay tuned for more photos of the action from WR.com photographer Nick Hrehor.

Over 22,000 spectators came to watch the spectacular LMP and GTE machinery this weekend as the World Championship made a welcome return to Texas for the first time since 2017. It also marked the first of a USA double-header as the WEC prepares to join IMSA in Florida next month for the highly-anticipated SuperSebring.

With success handicap in play, Toyota’s strategy was to regain some of the time lost out on track during the pitstops but a near-perfect performance from Rebellion dashed any hopes of the Japanese squad taking the competitive edge.

The No. 7 crew driven by Mike Conway, Kamui Kobayashi and Jose Maria Lopez rounded out the podium in LMP1, the crew eventually finishing two laps behind race victors, Rebellion. 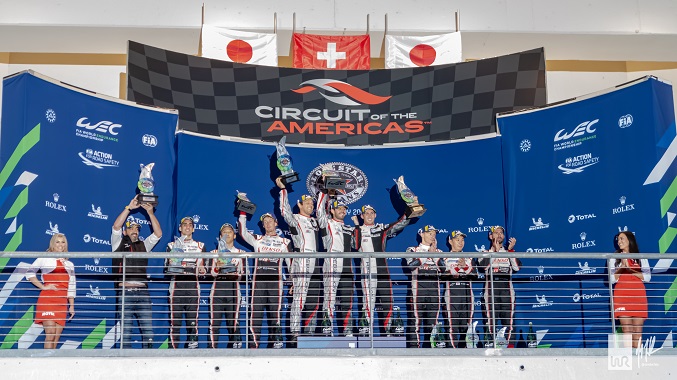 The LMP2 category saw its highest number of entries so far this season with nine cars all battling it out for the win on Texan soil.

In the hunt for overall supremacy, it was the No. 22 United Autosports that eventually crossed the finish line first as the ORECA 07 driven by Filipe Albuquerque, Phil Hanson and Paul Di Resta ended the race 24.152s ahead of runners-up Jackie Chan DC Racing.

United Autosports’ win is the tenth ever LMP2 victory for a British-flagged team and sees the team catapulted to the top of the standings with a four-point lead over JCDCR.

The team did not look likely winners initially but the trio’s consistency and a last splash-and-dash in the final hour ensured the trio had done enough to secure the victory over Will Stevens, Ho-Pin Tung and Gabriel Aubry in the No. 37 car.

JOTA Sport's No. 38 ORECA belonging to Anthony Davidson, Antonio Felix da Costa and Roberto Gonzalez rounded out the top three. Both the No. 37 and No. 38 crews were equipped with Goodyear’s tyres making it a double podium for the WEC’s newest tyre manufacturer. 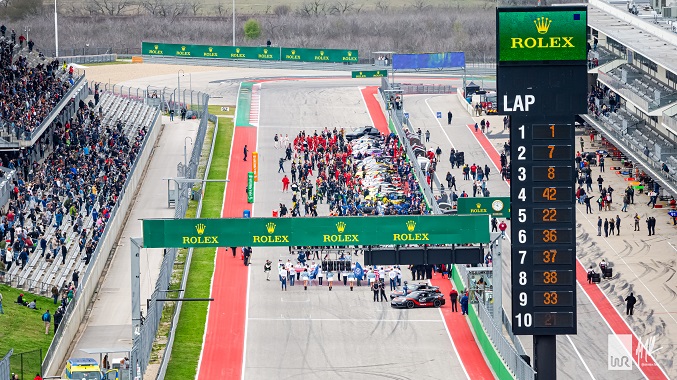 The No.95 Aston Martin Vantage AMR was pushed hard in the closing stages by the No.92 Porsche 911 RSR-19 of Kevin Estre and Michael Christensen who finished second.

This second consecutive victory for the Danish pairing sees them take a 26-point lead in the FIA World Endurance GTE Drivers’ Championship. Nicki Thiim also set new qualifying and race lap records during the weekend which was enjoyed by a crowd of 22,000.

Third place went to the No.51 AF Corse Ferrari 488 GTE of James Calado and Alessandro Pier Guidi who had some door to door battles with the sister No.97 Aston Martin, with Calado surging past Lynn in the last 25 minutes of the race. The No.71 Ferrari of Davide Rigon and Miguel Molina came home in fifth.

Corvette Racing profited from its first WEC appearance of the season to put more valuable racing miles on the all-new Chevrolet Corvette C8.R although Jan Magnussen and Mike Rockenfeller struggled to match their competitors on straight line speed here in Austin. Sebring is sure to be different. 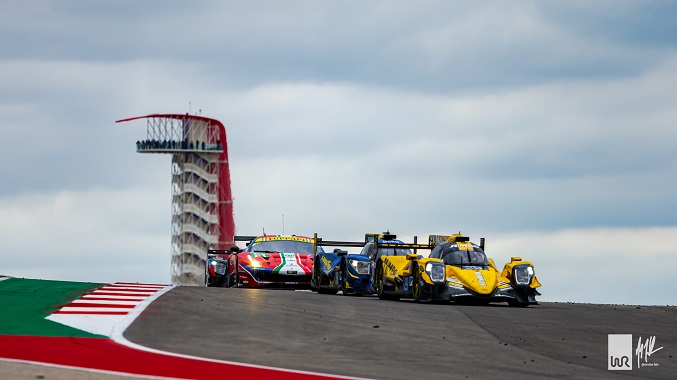 TF Sport’s No.90 Aston Martin Vantage AMR claimed its third win of the season after a nose to tail and, at times, side to side, battle with the No.98 Aston Martin Racing entry. Salih Yoluc, Jonny Adam and Charlie Eastwood took maximum points in the race to get their championship campaign back on track after a disappointing non-finish at the last round in Bahrain.

The trio finished 3.6 seconds ahead of the No.98 Aston Martin of Paul Dalla Lana, Darren Turner and Ross Gunn after a thrilling battle between all drivers in both cars. At the final round of pit stops the No.98 emerged from the pits ahead of No. 90 thanks to a quicker pit stop, but Eastwood pushed Gunn hard in the final stages and took the lead with 20 minutes to go.

The No.56 Team Project 1 Porsche 911 RSR of Egidio Perfetti, Matteo Cairoli and newcomer Laurents Hörr, in his first WEC race, took the final podium place. After leading the category for the first 3.5 hour 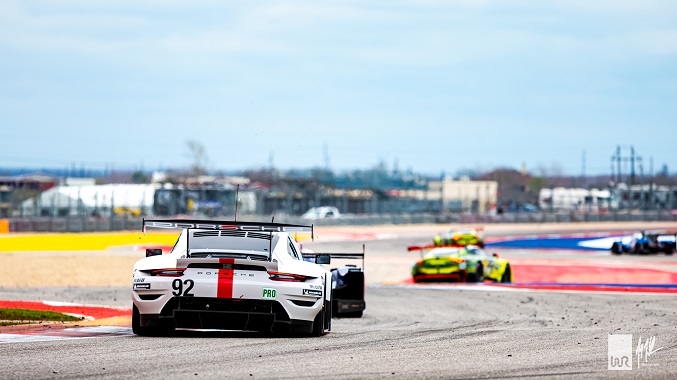