Driverless Cars And The Future Of Racing 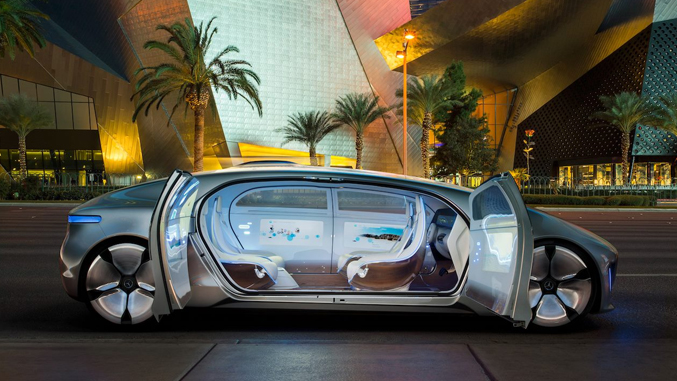 This month marks the fourth anniversary of Winding Road’s coverage of driverless cars. We’ve kept most of that away from our main media channels because, as with so many ideas, there are a lot of haters who, shall we say, disrupt the conversation. But, something changed in the strange summer of 2016. Four years ago, when we talked to people about driverless cars, and autonomous vehicles in general, most people’s comments were somewhere between "huh?" and "no way!". Now the idea is becoming mainstream and there is growing acceptance that driverless cars will be here relatively soon. Those changing opinions are not the main factor in the speed of autonomous vehicle development, of course, although acceptance of the technology will be a factor (as will government regulation). But as understanding broadens, new questions can be sensibly asked. One of those questions is "what happens to automobile racing when driverless cars become widespread?"

First, let’s establish a basic timeline for autonomous vehicles. No one knows for sure how this will play out, but a reasonable guess involves a few data points:

So, things are happening fast. But the big question, which is rarely discussed, is the rate of deployment. Just about everyone from Uber to Ford has signaled that autonomous technology will be expensive. That means that adoption will start with commercial vehicles and high-end cars. With around 17 million passenger vehicles sold per year, and the high end being less than 10% of that, we might assume an adoption rate of 7.5% per year in initially. Let’s say that penetration grows by 7.5 points per year, similar to what we saw with the transition of cell phones to smart phones. That means it takes about 10 years for the market to "fully" transition (there may be reasons, as we’ll see below, that not all cars become autonomous). So the transition should be mature by about 2031.

You would reasonably think that one factor affecting automobile racing is the underlying nature of cars. If most people are drivers, it is pretty easy to relate to automobile racing. If they aren’t it is less easy. So, you would think spectator interest would decline somewhat (although the NFL does just fine without most spectators having ever been participants). We should add that there is a likelihood that automotive OEMs will reduce funding of racing as their product shifts from a source of joy to an appliance-like role.

This decline may be mitigated somewhat by the vision that sports cars will continue to exist side-by-side with driverless cars. Ford, for example, has recently said they will keep making cars for enthusiasts alongside autonomous vehicles. One car easily imagine that, like motorcycles and bicycles, sports cars will continue to be loved and purchased, but more purely for their entertainment function. Here is an extended "future history" riff on that idea in which you get to see the future of the Porsche 911 from the viewpoint of a driver in 2036 .

Nico Rosberg has recently commented that autonomous vehicles would be the end of racing. He is commenting about racing series where drivers are replaced by AI. While we think he is right (very few people want to watch computers play each other in chess), we think that is the less interesting question about the impact of autonomous vehicles on racing. The interesting question is whether interest in being a racing driver wanes in series where human drivers are required.

We think that is unlikely in the medium term. Essentially almost everyone already born will learn how to drive. The exceptional mental and kinesthetic thrills that come from racing will continue, just as they did with flying or horse racing or hunting, even when alternative technologies made the original activity unecessary.

Amateur racing as currently practiced in events held by the SCCA, NASA, PCA, BMWCCA, SVRA, ChumpCar etc., might, then, actually have a bright future. If you currently love to drive, you will find fewer opportunities to do it when autonomous vehicles become commonplace. We hate to say it, but driverless cars will probably be like the automatic transmission — hated by many drivers, but hard to keep at bay. The option is for more and more people who love driving to treat it explicitly as a sport, which is to say to go racing. Given the many joys of racing, that wouldn’t be an entirely bad thing.

Do You (Really) Want To Race In A Great Series?