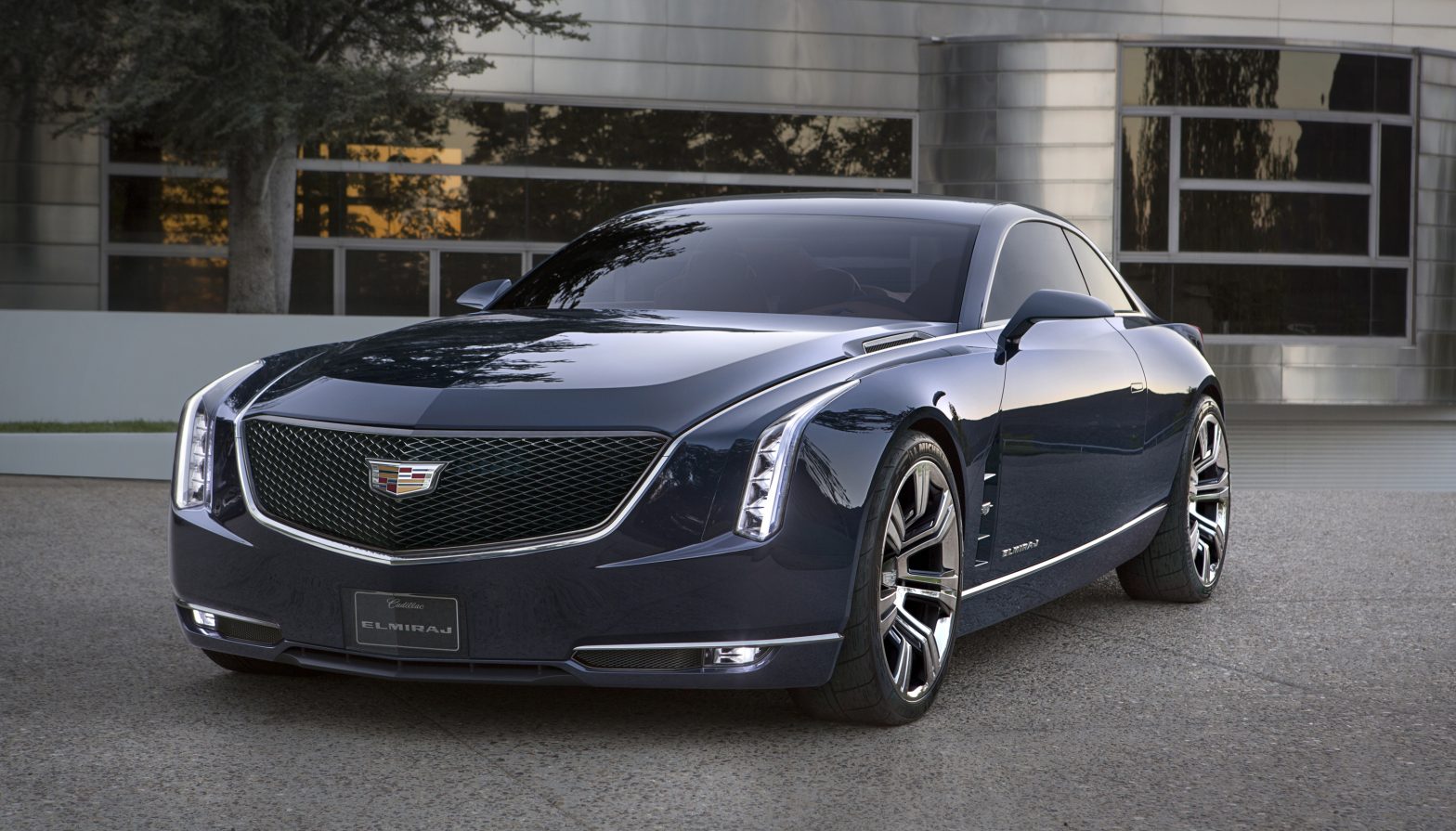 Cadillac has unveiled its Elmiraj Concept at the Pebble Beach Concours d’Elegance. The 2+2 coupe focuses on a combination of design and engaging driving.
Everything about this car looks long. It’s got a long wheelbase, and a long sculpted hood. Overall length of the Elmiraj is 205 inches. We can definitely see Cadillac’s production design language in the Elmiraj, but this concept brings it a step further with the low, curved greenhouse on top of that elongated body, with its crisp angles at both ends.

Inside the concept, we see interestingly shaped seats in camel leather. Wood trim is done in fallen Brazilian rosewood. The instrument panel features a transparent analog speedometer and tachometer, behind which is a wide screen to display various information.
The Elmiraj Concept is powered by a biturbocharged 4.5-liter V-8 producing 500 horsepower and 500 pound-feet of torque to the rear wheels. It rides on 22- by 9-inch wheels with ceramic brakes.