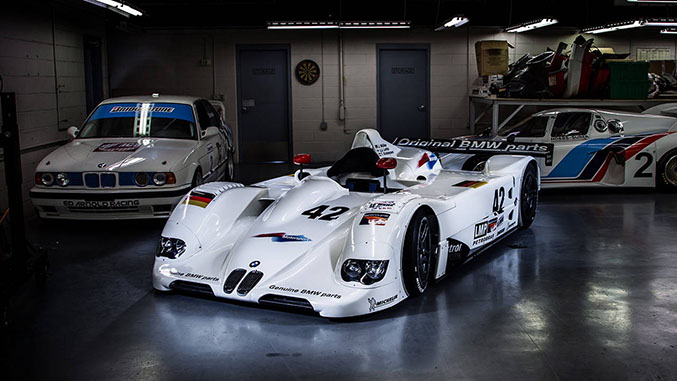 Take a look at these images of the German automaker’s only outright 24 Hours of Le Mans champion, courtesy of our friends at Motorsport Retro. Weighing in at just under a ton (1984lbs), it featured an offset driving position and a 60 degree, 5990cc normally aspirated V12 engine with around 580 horsepower. It was the BMW LMR V12, and in 1999 it was the champion of Le Mans.
Some five years earlier, BMW had supplied the engine for the legendary McLaren F1 GTR – the car which won the 24 Hours of Le Mans in 1995. The BMW LMR V12 however, would be the first (and so far, only) BMW car to win the iconic event.
The drivers were Formula 1 competitors Pierluigi Martini and Joachim Winkelhock, as well as Frenchman Yannick Dalmas, who won the 24 Hours of Le Mans a total of four times during his career – including the aforementioned 1995 victory driving McLaren for Kokusai Kaihatsu Racing.
Victory for BMW in 1999 was massive, however the BMW LMR V12 was far from a one-hit-wonder. That year it also won the 12 hours of Sebring, and three other ALMS races before the season was out.
Technology moves fast in motor racing, and by the time 2000 rolled around the competition was much stiffer. Furthermore, BMW had turned their focus to Formula 1, meaning that the LMR’s from the previous years were essentially rebooted and rolled out for endurance racing in 2000. Despite this, the LMR still managed to win in Charlotte and at Silverstone.
Tags:
bmw lmr v12Le Mans

The Six Steps of Race Preparation