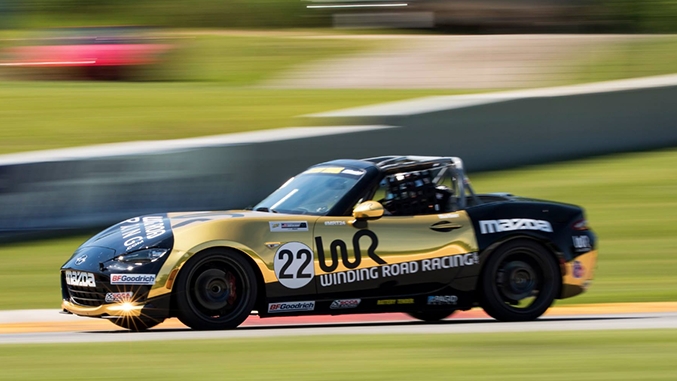 In preparation for some driver development work with a high-end simulator, I was talking with a friend (an ex-F1 driver I’ll call “David”), who had done a lot of sim work in England. He told me a fascinating story; it backs up the research in an area of driver performance I often use with the drivers I coach.

David was doing car development work on a simulator and one day, as he arrived at the facility, a member of the team said something that really made him mad. When he started driving the sim he was immediately half a second off his usual pace and he couldn't go faster. After a little while, being a high-performing professional, he realized what was happening and used his trigger for a performance state of mind – he deliberately changed his attitude. He immediately began running laps half a second faster.

But here's the real fascinating stuff. A team from a university was doing research on vision using the simulator, and had an eye-tracking device hooked up to it. With the device, the researchers could tell exactly where the driver was looking at all times, and how his point of focus changed. At the end of the day when they were analyzing the data, they noticed that during the time that David was half a second slower, his eyes were not looking as far ahead and didn't seem to flow from one area of the track to another. But all of a sudden, the data showed that his vision improved, looking further ahead and smoothly and seamlessly transitioning from one focal point to another. The researchers wanted to know why and David told them that he'd changed his mental state, that he had triggered a positive attitude.

Interesting, right? We all know that the further ahead we look on a race track, the better we drive and the better we perform. But even when you have well-developed habits of looking far ahead and in the right places if your attitude or state of mind isn’t right, it will negatively impact your vision techniques. Yes, your state of mind affects where your eyes are focused and how they move.

So the next time you remind yourself to "look ahead," remind yourself of how much you love driving, how much fun you're having, how relaxing being so focused on one activity is, how in the moment you are…and you'll likely trigger a performance state of mind, and therefore trigger better vision techniques.

Ford Gets Real About Electricity In Racing?