Cars, Features I By Justin Cornelison I December 02, 2022 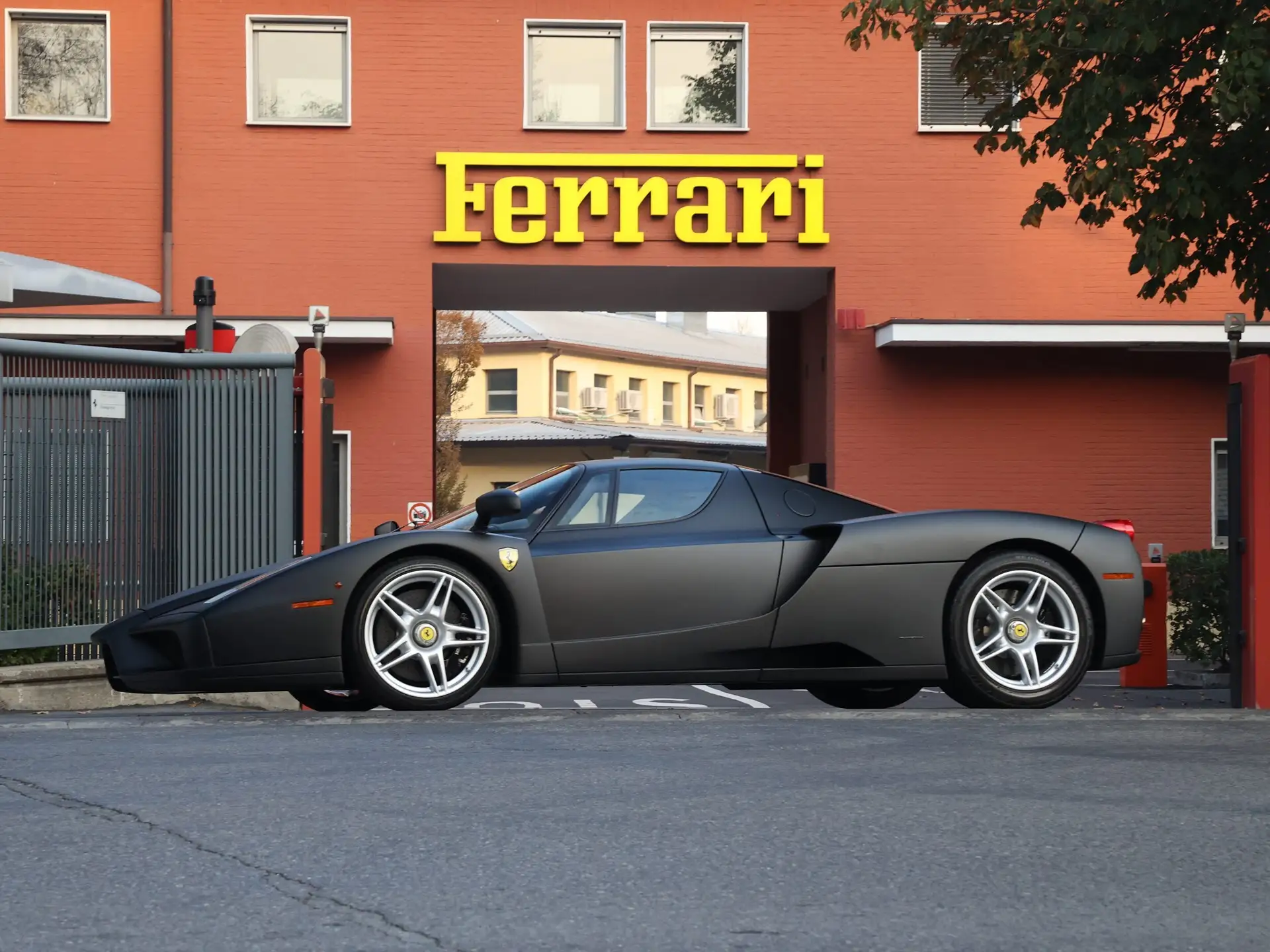 Offered by RM Sotheby’s, and one of just 400 examples ever built, this Ferrari Enzo is a rare and coveted hypercar that would take pride of place in any collection.  Astute collectors will notice that chassis 136069 is an order of magnitude more special.

The Enzo was introduced at a time in Ferrari’s history when the color palate for road cars was still quite limited, especially compared to current Ferrari offerings.  The vast majority of the examples were painted either red, yellow or black, with a handful of other cars selected in different shades of blue, silver, grey or white.  While some of these colors were rare, it took very special influence and customer standing in order to be allowed to select a true one-off color during this era and it was only fitting that such a car was specified by a member of the royal family of Brunei, with a rich history in ordering factory one-offs and bespoke automobiles.  With Nero Opaco (Matte Black) being one of the most popular Tailor Made colors in today’s market, it is nearly unthinkable that almost two decades ahead of its time, this Enzo was the very first Ferrari hypercar delivered new by the Factory in this striking color.

Construction began on 8 June 2004, with the finished car leaving Maranello’s workshops on 15 October.  The groundbreaking hypercar was uniquely specified with Nero Opaco paintwork over a matching Nero leather interior with Nero carpets. This incredible triple black specification was further personalized with large-sized seats and Rosso instruments.  The one-off car was kept at the family’s London residence, where it made the occasional fleeting appearance rolling with menace around the streets of Hampstead, Mayfair and Knightsbridge, before later being brought over to the Asia-Pacific region.

Recently the car has been subject to a cosmetic restoration by Carrozzeria Zanasi, the official paint shop for all of Ferrari’s Hypercars, Tailor-Made editions and Icona series cars.  With receipts totaling over 110,000 €, Zanasi went through the cosmetics of the car extensively, replacing any necessary items such as the typical “sticky” switches, front and rear headlights, rear bonnet glass and a full repaint to the car’s magnificent original Nero Opaco, among a number of smaller items.