Speed Secrets: This is Your Brain on Dopamine 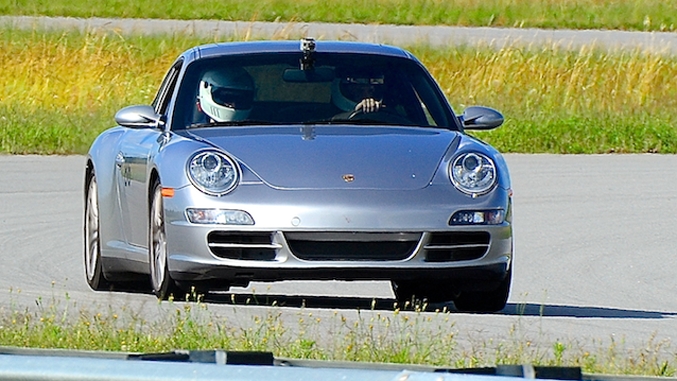 True story: before I became a performance driving junkie, I was a college professor. From my perspective, driving is almost entirely a head game, and maybe this is why a nerd like me is so into it. This might also be why I give a lot of thought as to what goes on inside my head when I'm driving, and now that I'm an HPDE instructor, why I think a lot about what goes on inside the heads of my students while they're driving and learning.

I remember chatting between sessions once with a guy who talked about the addictive nature of our mutual hobby, and he said to me:

"It makes a heroin addiction seem like a vague yen for something salty."

I'm grateful that my own addiction hasn't left me dead in a filthy back alley with a needle stuck in my arm, but it's true that we performance junkies go to ridiculous expenditures of money and effort in order to get that all-too-brief high.

Why? What is it that is so addictive about hurtling around a racetrack that we'll go to such great lengths to experience it? It's a complex question with a complex set of answers, but the one I'm interested in right now is the brain reward system associated with dopamine.

Last fall I got to teach a guy – a well-to-do, successful professional man, probably in his fifties -who was at an intermediate level. He was good with the line and we were able to move his brake points forward over the course of the weekend. He had trouble with one very sharp hairpin turn, and I told him that he'd be able to get more rotation out of his car if he employed trail-braking. He responded that he'd like to learn how to trail-brake, so first I took him for a ride in my own car and demonstrated, and then we went out in his. I chose two turns – tight, relatively low-speed – and explained to him how to roll off the brakes as he initiated his turn. It took a few tries, but then – once – he did it, and the rear end pulled out a little.

"Feel that?" I asked. "That's the rear end coming around, just enough to rotate the car."

"Okay, let's do it again next time around."

"You got it!" I encouraged him.

At this point, my very reserved, composed, middle-aged student started giggling like a kid on Christmas morning with a new toy.

"Can I do it here?" he asked, at a turn I had not initially chosen as one of our practice points.

"Can I do it here? And here?" he asked, as we made our way around this particularly gnarly course.

Rarely in my life have I made someone as giddy as this guy. It was, of course, extremely gratifying to me as an instructor, but as a former academic it also made me think about why and how we learn new things.

Learning how to trail-brake, for instance, is a difficult thing to do. It involves a high level of concentration, and requires a delicate negotiation between kinesthetic sensations, mental calculation, and fine motor outputs. Simply put: it's hard. Why do we set ourselves up to do hard things? It's why we as humans do many of the things we do: because of the reward.

Reward, I should mention right here, is different from pleasure. We do a lot of things for pleasure-eating, drinking, sex, watching House of Cards. But reward comes from effort, from seeking, and that process is often hard, not necessarily pleasurable in and of itself. We wouldn't do hard things at all if there weren't rewards involved. Why on earth would anyone climb K-2 or write a novel or try to cure cancer if there weren't a reward? Money and fame are rewards, of course, but the primary and most potent reward is the one our brains deliver to us for accomplishing something difficult.

That reward is dopamine. Dopamine is a hormone and a neurotransmitter, a chemical released by the brain that regulates both physical and mental/emotional processes. Whenever we succeed at something challenging – solving a puzzle, reaching a goal, learning something new – our brain squirts out a hit of dopamine as a reward.

Dopamine, turns out, is extremely heady stuff. We feel so good when our brains dole out the dopamine, that we are essentially high. Actually, drugs like cocaine work in part by increasing dopamine activity, so it's not surprising that we can become addicted to activities that increase our body's own natural dopamine production.

Now, I'm no neuroscientist (I was a professor of architectural history), so I am mostly relating here my personal and subjective experiences of what's going on in our brains and bodies. But it was pretty clear to me that my student who learned to trail-brake that day was totally high on his own brain chemicals. Earlier in the afternoon, he'd been planning to skip the last session and head home, since he had a longish trip back and work the next day. After learning his new skill, though, he was so exultant he felt compelled to go back out on track and practice some more.

What's my takeaway here? Most of us who go to DEs are adults, many of us pretty well established in our lives and careers. Doing something challenging and new stimulates our brains and our bodies. This may be at least part of what makes the novice student so turned on by the whole experience. Those of us who are instructors should do our best to harness this power for our students' benefit. But it's also a good impetus to remind ourselves that at any level, it's important to keep laying out new challenges for ourselves and continue to learn new things. Our brains will reward us if we do.

Exerpted from Ross Bentley’s Speed Secrets Weekly. For more tips and additional articles on the art and science of racing, click here to subscribe. Also be sure to check out Ross Bentley's book, Ultimate Speed Secrets: The Complete Guide to High-Performance and Race Driving.