Features I By Christopher Smith I January 27, 2010 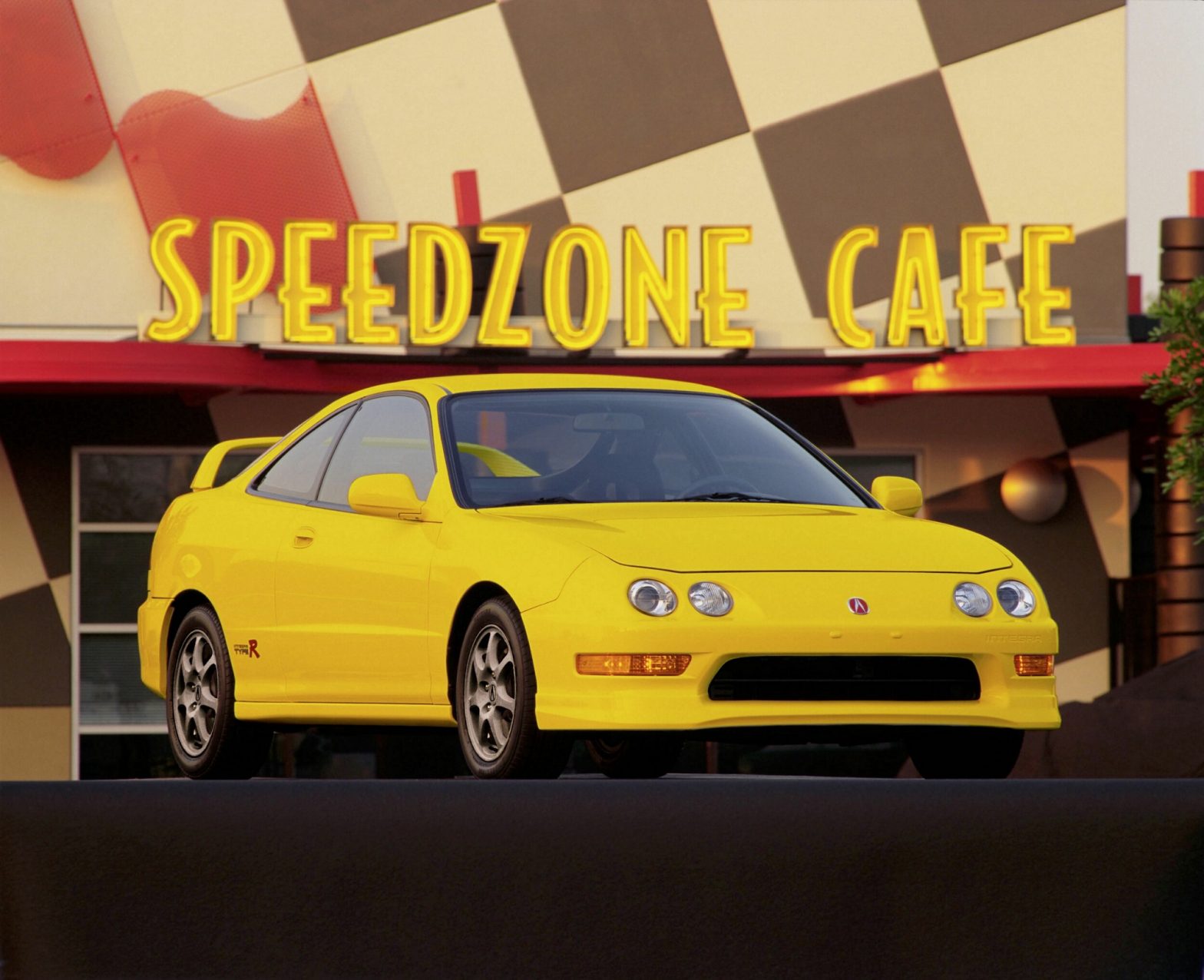 Hold on a second you V-8 guys and gals. This isn’t some stickered up import left over from the set of The Fast and The Furious. In fact, it’s not really stickered up at all, save for the blazing red Rs plastered on both rear quarter panels and the car’s backside. These red emblems weren’t purchased at local parts stores, however. They were installed at the factory, along with a host of engine and suspension upgrades that turned the Integra into a true performance legend.

When the Type-R debuted in the U.S. market for 1997, its modified 1.8 liter, B18C four-cylinder engine made 197 naturally-aspirated horsepower—the highest output-per-liter of any engine sold in the States. Of course, it had to rev past 8000 rpm to get there, but that was part of the Type-R’s appeal. A close ratio five-speed manual was specifically developed to make the most of this lofty powerband, allowing the super ‘teg to sing soprano through all the gears without dropping out of the engine’s sweet spot. In capable hands, the Type-R could rip to 60 in less than seven seconds, and turn quarter-mile times of around 15 seconds flat. By the numbers, that’s quicker than the 1994-1996 Impala SS we covered in the last round of Keepers, and quick enough to equal or even humble the Mustang GT drivers of the day. It may have been a high-pitched, front-wheel drive, four-cylinder import, but even the hardcore V-8 guys must admit—it had plenty of bite to match the bark.

And that’s just the straight-line stuff. Drop the Type-R into a road course and its combination of aggressive suspension tuning, big brakes, limited-slip differential, and sticky Bridgestone summer rubber would positively dominate its contemporary front-wheel drive competition. Then to prove the point, the little racer would downshift, spin to 8400 rpm, and surprise a few rear-drivers as well. No, you’ll never elicit power-on oversteer from the Type-R, but its balance and grip are a match for many rear-drive performance platforms, and there aren’t many front-wheel drive contenders that can back up such a claim. Though the last Type-R came off the assembly line in 2001, it remains one of the best dedicated performance cars of the modern era.

You know the drill by now—a mini Integra Type-R shopping guide will grace the next Keepers segment.