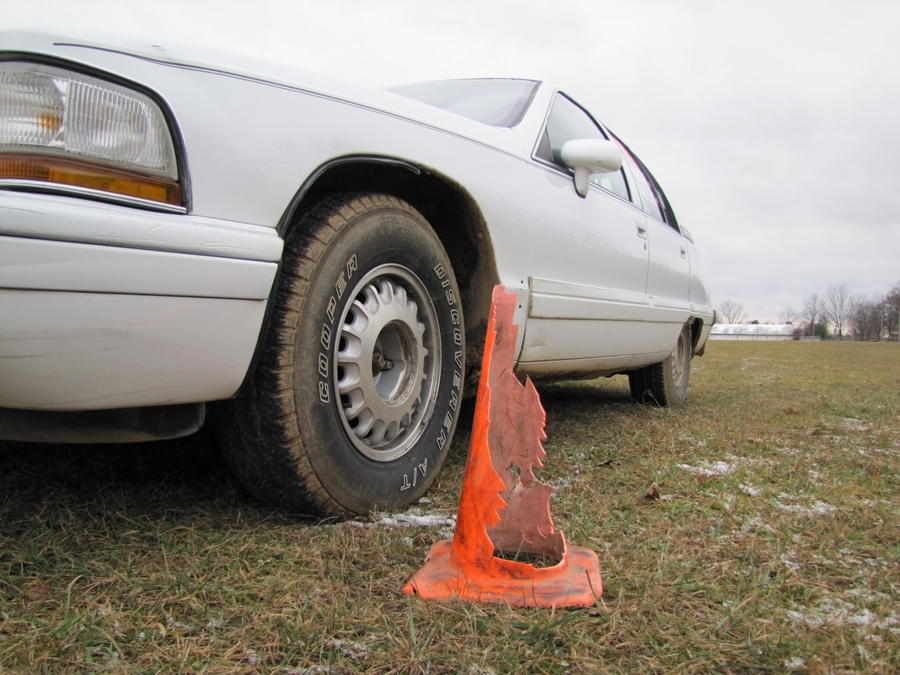 In the last edition of Flip This Car, Chris Smith took his 1994 Buick Roadmaster (AKA The Beast, AKA Moby Dick) out racing. Apparently a master of both over and understeer, Chris may not have fared that well in the actual rallycross standings, but it’s hard not to count this a major moral victory for grandpa-wagons the world-over. Sure, a few orange cones had to give up their lives for the glory of the Buick, but we can live with that.

Check out Chris’s parade lap in The Beast in the video below. Then, after you get the lay of the track, click through to the FTC YouTube channel to see the white whale in the heat of battle.