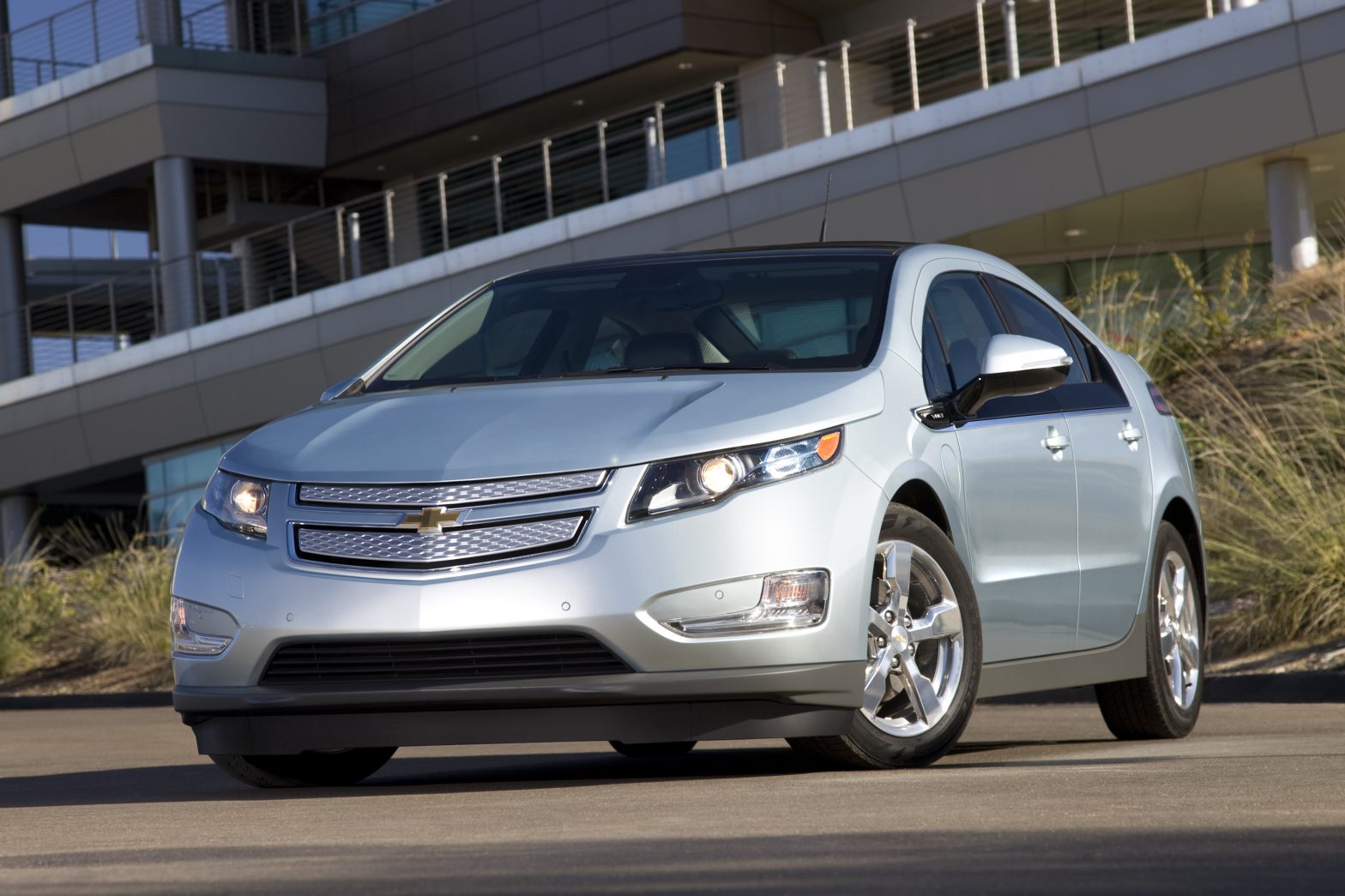 Reading the comments on our Tesla drive, and about the Volt’s roughly $32,500 pricing (after subtracting the $7500 federal incentive), got me to thinking that we may misunderstand the Volt and other battery-powered cars. I haven’t driven the Volt, so only time will tell, but here’s the logic.

I start by observing that torque to weight ratios are what most people actually notice as “power” when driving on the street. I then notice that the Volt has a claimed 273  pound-feet of torque. For a mid-sized sedan, that’s not bad in conventional terms. It doesn’t sound amazing either.

To put this spec in context, let’s use the iconic small to mid-sized sedan, the BMW 3-Series. With BMW’s excellent twin-turbo six, the 335i sedan delivers 300  pound-feet of torque. Just to be clear that the comparison makes sense, wheelbase and length are about the same. The Volt is expected to weigh about 100 pounds less than the 335i. So, the Volt has about seven percent less torque to weight.  Pretty close. The iconic hybrid, the Toyota Prius, has a little more than its gas engine’s rated 105 pound-feet of torque, if we assume that the electric motor is only used briefly during heavy acceleration.  The Prius weighs 3000 pounds so it has about half the torque to weight of the Volt and the 335i. Not so close (and it feels like it).

Point 1: the Volt may have torque/weight roughly like a highly regarded sports sedan, so maybe thinking of it as a big Prius isn’t right.

I then go on to observe, from driving the Tesla  Roadster, that pure battery powered cars (can) have a torque curve that feels more potent than the specs would indicate. Let me explain. I’d say in very rough subjective terms, the Tesla Roadster accelerates about like the C6 Corvette. The Tesla has 276 pound-feet of torque quoted, and weighs 2723  pounds. That’s a torque/weight ratio of 202 lb-ft/ton.  The C6 Corvette has 424 pound-feet of torque and weighs 3217 pounds, for a torque/weight ratio of 263 lb-ft/ton.  The Tesla in low and mid-speed acceleration feels as quick as a car that has a better torque/weight spec.

Part of the reason for this, of course, is the way electric cars accelerate. Electric cars make lots of torque at low rpm (theoretically maximum torque is from 0 rpm; in practice current inrush is limited and maximum torque is often flatish from zero to a few thousand rpm). Low rpm are usually where you’re running when you start accelerating. Electric cars can also deliver this torque nearly instantaneously since they can operate without a gearbox. It seems likely that the Volt would have a gearbox to maximize efficiency, but it could easily be a two-speed system in which case much acceleration will happen without a shift.

Point 2: the Volt may feel faster on the road than it’s claimed times in arbitrary tests like 0-60.

General Motors, naturally, will be torn between making the Volt a practical, super high mileage vehicle and making it fun to drive. There is a tendency among automotive marketers to think of those as conflicting choices. The Tesla shows they’re not. It may be possible for GM to design modes of operation that let the driver choose between these two goals on the fly. And if they offer modes, or if they come up with a sport version (as a Cadillac?), they could have a car that is a super high mileage alternative to a BMW 335i. If you think of the Volt in that light, $32,500 is pretty reasonable.

Those are cheap and easy thrills. But I think they miss the point. The Volt could be a very significant car for enthusiasts. Let’s hope GM has enough boldness to get it right. GM has the engineering skill to do it. But do they still have the soul?