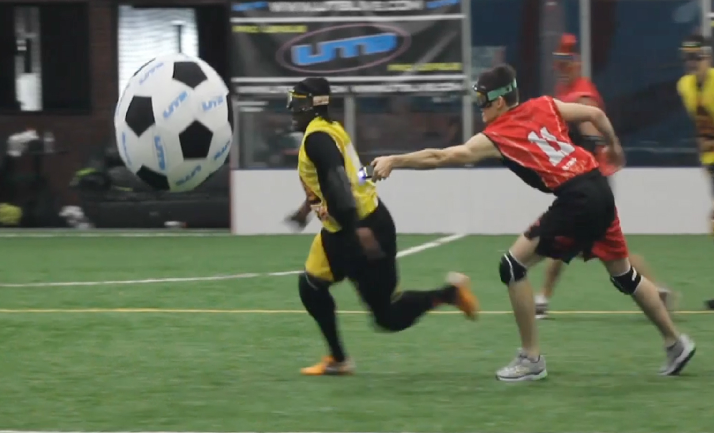 Charge Your iPhone With Your Breath
Are you looking for an efficient and super creepy way to charge your iPhone or iPad? With the Aire Concept, you can horrify others while keeping your portable do-everything device properly juiced just by breathing. No word on whether or not it forces you to smell your own breath, but you might want to lay off the liver and fava beans just in case, Dr. Lecter.

Organize Cables In Your Car
Do you have a lot of gadgets in your car? Lifehacker offers tips to keep all the cables from your phone charger, radar detector, portable navigation system, etc., from feeling like clutter inside the cabin. Nobody wants to get tangled in a bunch of wires when they reach for the gear lever. Keep it clean.

Scootercase
If you’re like us, you’re used to doing a lot of traveling, and looking like a fool. And when you’re trying to make your connection in a particularly long airport concourse, a set of wheels can make the difference between making it home and spending the night in a strange town. This Scootercase converts from a rolling suitcase into a handy microscooter to help you get around, if you can resist the urge to scoot the wrong way on one of those moving walkways (“Look, I’m not moving, Mom!”).

Ford Mustang Pool Table
If you like to hang out and drink beer in your big garage, you might find this ’65 Mustang pool table to be a nice addition to your (wo)man-cave. (We sit in our garage and drink, too, despite the fact that it’s full of just boxes and spiders.) Each table in this limited series has its own VIN number, and is licensed by Ford.

Ultimate Tazer Ball
Um. New sport, guys. Two teams try to score goals on opposite ends of the field with this giant ball. But get this: everyone gets a stun gun. OK, let’s count off…

SpeechJammer
If you don’t have a stun gun, but still want to get someone to shut up, the National Institute Of Advanced Industrial Science And Technology in Japan has this solution, the SpeechJammer. You point it at the offending orator and pull the trigger. The device spits back what the person just said directly at them, only louder, with a delay of a few hundred milliseconds. It renders the subject incapable of coherent speech. Science, man!

100,000 Scovilles Naga Chilli Vodka
Another great way to incapacitate somebody is to offer them a shot of this supremely spicy vodka. At 100,000 Scoville units, it’s enough get your blood circulating, considering a jalapeño pepper is generally just 3500 to 8000 Scoville units. We recommend pairing this potent potable with freshly sliced onions, just for good measure.

Diamond Plate Mug
If you’re going to be whimpering like a baby after your vodka shot, you can at least look tough when you drink your coffee with this Diamond Plate Mug. Well, it’s actually ceramic, but at least it matches the bumper of your work truck.

Killer Whale Submarine
This personal submarine not only looks like a killer whale, it can even mimic its actions, like the dramatic breach pictured above. It’s powered by a 255-horsepower supercharged Rotax engine, and comes complete with four-point racing harnesses for both passengers. At $100,000, it costs less than a Merecedes-Benz SL550 Roadster.

Lytro Camera Review
Photographers take note. The Lytro camera is unlike any other camera you’ve used before. It captures light fields instead of just plain old light. While that sounds sort of abstract, it means you can do things like focus the picture after you’ve taken it. Read the full review at The Verge, then try to tell us you don’t want one.
+ The Hot List: Volume 26
+ The Hot List: Volume 25
Tags:
hot list

An artist from Germany recently showed off his full-size replica sculpture of a McLaren Formula 1 car – made entirely out of paper.

A Life in Motion: Norman Foster

Mercedes me Magazine spoke with the creative giant about the transformative power of cars, his co-curated exhibition “Motion.  Autos, Art, Architecture”, and the ventilation of his 300 SL Gullwing.