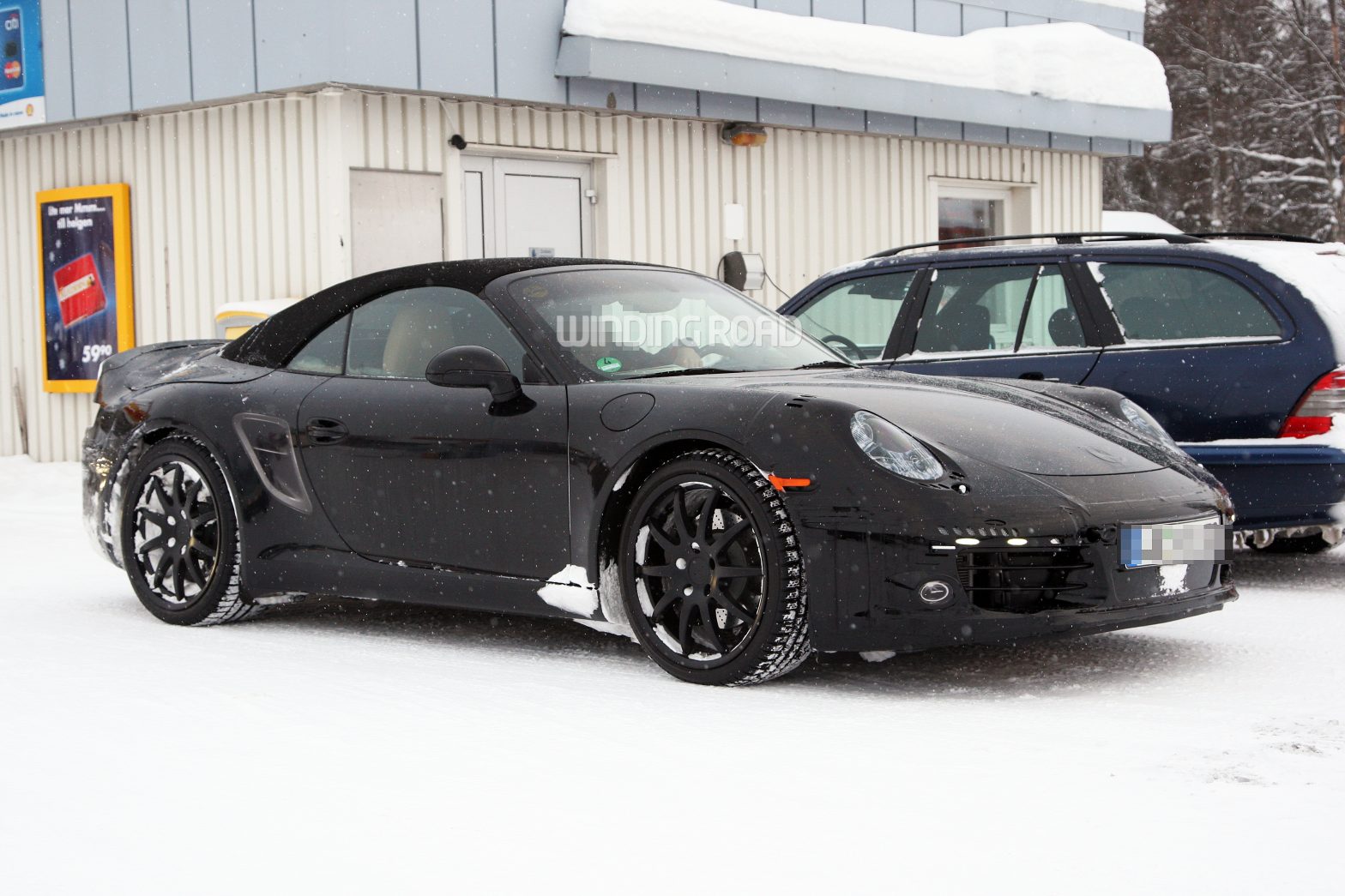 On the heels of recent spy photos of the upcoming Porsche 911, we now have these images of the 911 convertible in cold-weather testing.

As with the last 911 we saw, the convertible appears to be a little bit longer, making the back seat a little closer to being usable. The headlights are rasied a bit from the previous generation, and we can see the LED indicators and running lights in these photos. These shots give us a better look at the updated rear lighting, too, though somewhat masked by snow.

As before, expect two- and four-wheel drive versions of the new 911, with direct-injected engines and PDK gearbox. One change will be the electronic parking brake, which replaces the handbrake we were used to.

Check out the Porsche 911 convertible in the gallery, or scroll down for comments from the photographer.


Some weeks ago we showed you some photos of the upcoming Porsche 911 Coupe, called 991 internally, with less camouflage then before. And now it’s time for the convertible version of that new 911 to be tested in the cold and snowy Scandinavia.

And as everybody can see, the classic 911 styling will be kept, greenhouse is very like the current version, but seems slightly longer to make the backseat roomier. Front will keep the headlamps that got back with the 997 but they will more raised due to safety regulations. In the rear, we will see the biggest changes with new radical designed rear lamps.

The new 911 will come in both two-wheel-drive and 4-wheel-drive, and the engines will further updated versions of the new direct-injection engines from the 997. Of course there will also be that great PDK-gearbox, and we guess that most Porsche buyers will get that rather than the manual gearbox. The good old handbrake will be changed into a modern electronic version.

Expect the new 911 Coupe to be unveiled first, and then six months after that the Convertible. The Targa enthusiasts will probably have to wait another six months for their model.