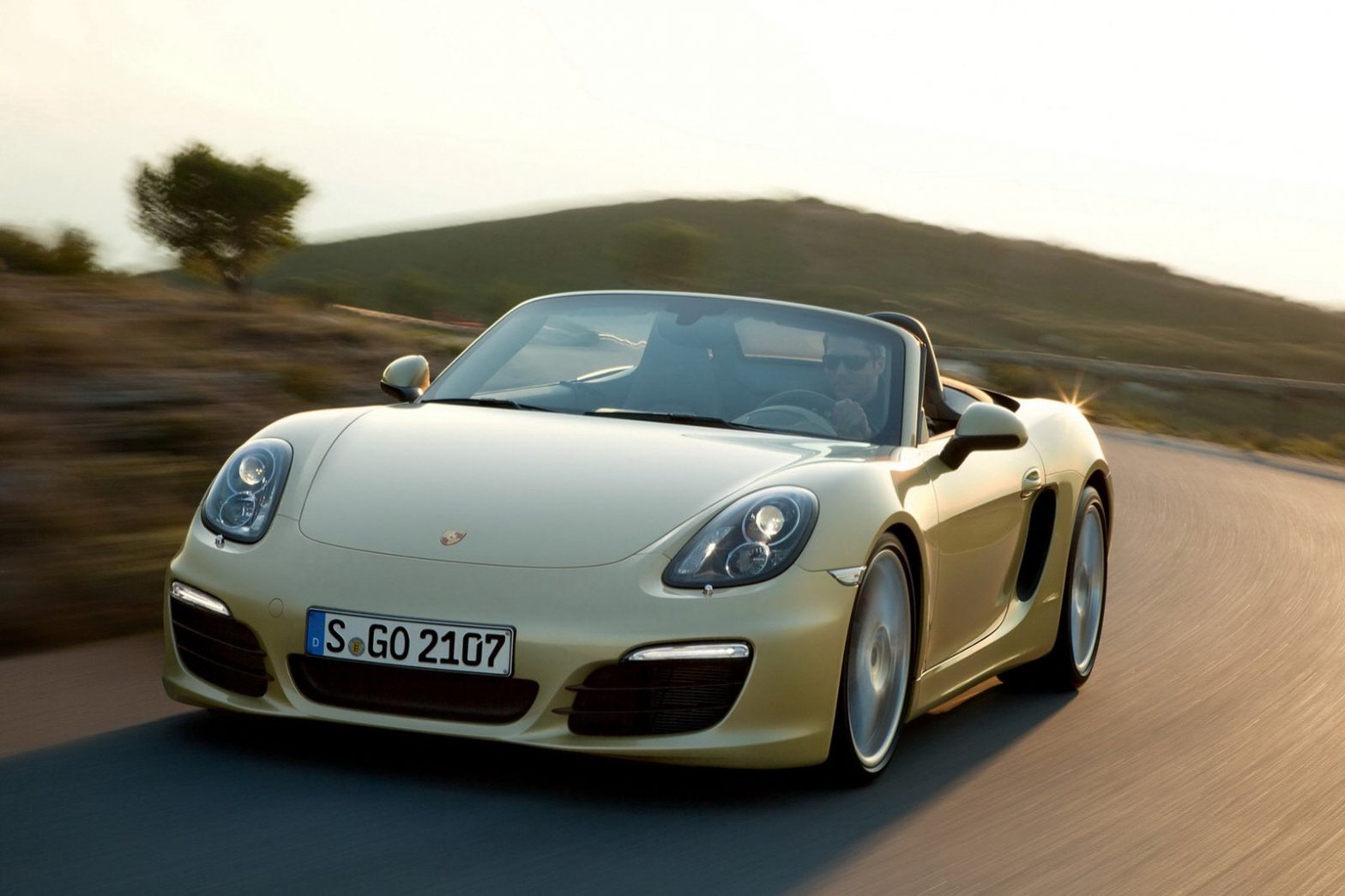 Just days after showing off its new 911 Cabriolet at the Detroit auto show, Porsche has given up the goods on its two-seater convertible, the 2013 Porsche Boxster.

If we’re honest, we’re probably even more excited for the new Boxster than we were for the 911 Cab, as the lighter, better looking, and less-expensive car has always strummed our heart strings.

This newest iteration of the Boxster boasts a completely new, and slimmed down body and chassis, which help to offer the new model both better performance, and better fuel economy.

The entry-level Boxster will make use of a 2.7-liter flat-six that is rated for 265 horsepower, while the Boxster S now rocks a 3.4-liter six that’s good for 315 horsepower. Those uprated power outputs have the Boxster and Boxster S hitting 60 miles per hour faster than ever, with 5.4-second and 4.7-second ratings, respectively.

More passenger room will be afforded new Boxster owners, too, thanks in part to an increased wheelbase.

Please scroll down for the full Porsche press release.

ATLANTA, January 12, 2012 – Never before in the history of the Porsche Boxster has a change of generation been so comprehensive. The open-top two-seat car receives an entirely new lightweight body and a completely revamped chassis. The new Boxster weighs less than the previous generation and rides on a longer wheelbase and a wider track. These new dimensions are coupled with larger wheels and a new electromechanical power steering system to significantly enhance the mid-engine sports car’s driving dynamics. The new Boxster boasts superior performance and is also up to 15 percent more fuel-efficient than previous models on the European cycle.

The new Boxster benefits not only from an increased wheelbase but also shorter overhangs, while the windscreen has been shifted forward. The passengers are enclosed by the completely redesigned, fully electric top, which now dispenses with a convertible top compartment lid. The interior concept offers the occupants more space and reflects the new Porsche outline with a raked center console, which, originating with the Carrera GT ensures improved ergonomics in all models.

The new sports car generation makes its debut in the classic Porsche pairing of Boxster and Boxster S. Both models are powered by flat-six engines with direct fuel injection, the efficiency of which is further enhanced by electrical system recuperation, thermal management and start/stop function. The base model’s new power unit delivers 265 hp from a 2.7 liter displacement – ten hp more than its larger displacement predecessor.

Technically, it is now based on the 3.4-liter engine of the Boxster S. This now delivers 315 hp, which is five hp more than before. Both models feature a manual six-speed gearbox as standard with the seven-speed Porsche Doppelkupplungsgetriebe (PDK) available as an option. Both sports cars achieve their best fuel consumption and acceleration performance with the PDK. With gear changes without interruption to the power flow, the Boxster sprints from zero to 60 mph in 5.4 seconds, the Boxster S in 4.7 seconds.

To enhance driving dynamics yet further, Porsche offers the Sport Chrono Package as an optional extra for the Boxster, featuring dynamic transmission mounts for the first time. Also new in the Boxster is Porsche Torque Vectoring (PTV) with a mechanical rear axle differential lock.