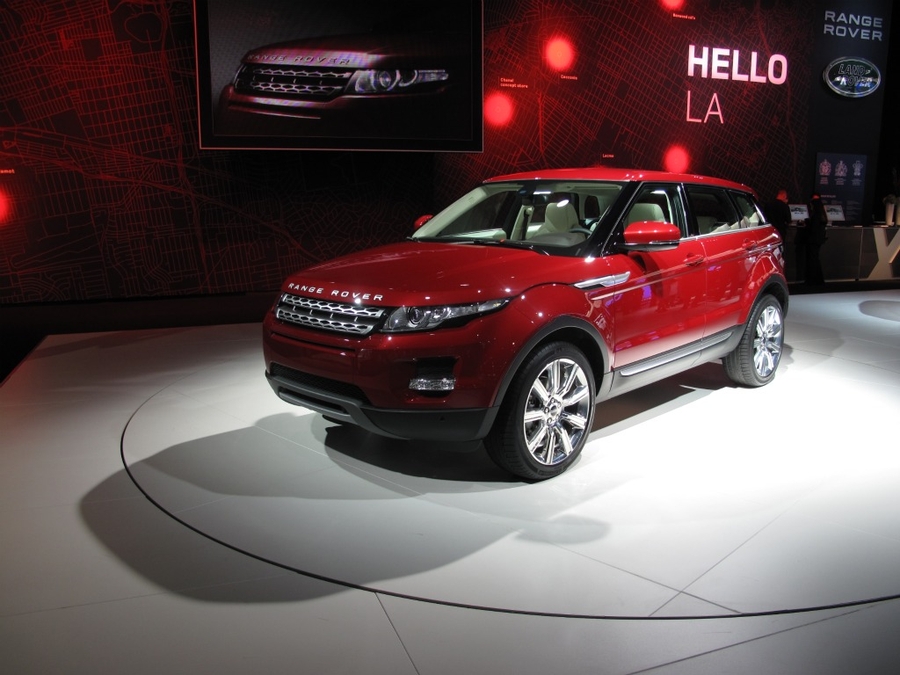 Land Rover’s baby Range Rover, the Evoque, has sprouted an extra pair of doors at the 2010 LA Auto Show. The Evoque has traditionally been shown only as a three-door, but we always had a sneaking suspicion that a five-door model was in the works. It is good to see that the five-door Evoque hasn’t gained any additional size over its three-door counterpart; the length and width remain identical.

We did get a bit more information about some of the Evoque’s technical details while we were here. Both Evoques will be powered by 2.0-liter, direct-injected turbocharged four-cylinders, which Land Rover expects will scoot the Evoque to sixty in 7.1 seconds.
Land Rover expects to have the Evoque in dealerships in the Fall of 2011 with pricing starting around $45,000.
Please scroll down for the official press release from Land Rover.
INTRODUCING THE ALL-NEW FIVE-DOOR RANGE ROVER EVOQUE – COUPE STYLE WITH ENHANCED VERSATILITY
Addition of exciting five-door bodystyle to Range Rover Evoque line-up
Bold exterior captures coupe design, with the same compact footprint and slightly higher roofline for enhanced versatility
Premium cabin, with the enhanced space and practicality of the five-door format
Permanent all-wheel drive combined with turbocharged four-cylinder engine and a six-speed auto transmission deliver performance and minimized fuel consumption
All-new 240bhp* 2.0-liter Si4 turbocharged engine combining six-cylinder refinement and performance with four-cylinder fuel economy
Dynamic and agile handling across varied terrain, available with Adaptive Dynamics featuring MagneRide™
All-weather, multi-terrain capability with patented Land Rover Terrain Response®
Innovative Range Rover technologies, including 8-inch (203mm) touch-screen display and Surround Camera System
To be sold in 160 countries worldwide, with North American deliveries from Fall 2011
Indicative pricing starting from around $45,000