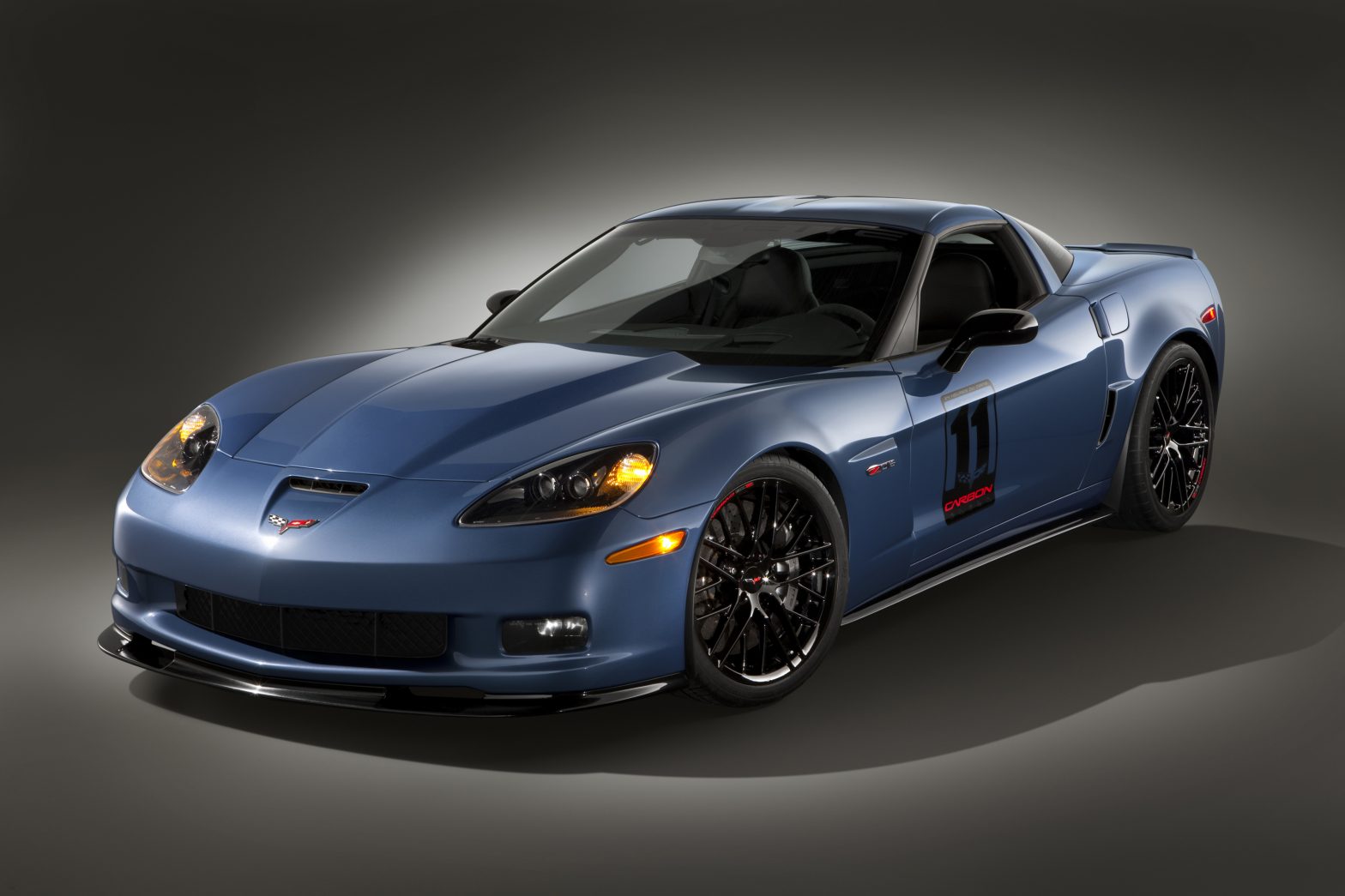 The Corvette Z06 is not what one would call a poor track car. In fact, many hotshoes consider the Z06 to be the sharpest handling car in the Corvette family. With the addition of the Z06 Carbon Limited Edition, that sharp handling has just gotten quite a bit sharper

Celebrating the 50th anniversary of the Corvettes first appearance at the 24 Hours of Le Mans, think of the Z06 Carbon as the lovechild of a ZR1 and a Z06. Retaining the 7.0-liter, 505-horsepower, LS7 V-8 and six-speed manual transmission from the standard Z06, it is blessed with Brembo carbon ceramic brakes from the ZR1, along with Magnetic Selective Ride Control.

The exterior details are set off by the black twenty-spook wheels (19-inch in front, 20-inch in the back), headlights, and mirrors. The hood, rocker panels, and front splitter are all carbon fiber pieces. The Carbon can only be had in Inferno Orange and Supersonic Blue. The interior receives a healthy amount of leather and suede upgrades.

If you just purchased a standard 2011 Z06, but want the upgrades on the Carbon, have no fear. An available Z07 package offers the Carbon mechanicals, including the carbon ceramic brakes and cooling upgrades. The CFZ Z06 package offers the cosmetic upgrades, including the twenty-spoke wheels, and CF rocker panels, splitter, and roof panel. These packages can be purchased independently of each other.

Better get down to the local Chevy dealer, as there will only be 500 units produced, making this one of the most limited edition Corvettes in recent history.

DETROIT — When the 2006 Corvette Z06 was introduced, it represented the closest connection to the Corvette race cars ever. The 2009 Corvette ZR1 closed the gap between racing and production even further. This year, Corvette continues its tradition of track-to-street technology transfer with the 2011 Corvette Z06 Carbon Limited Edition.

"Designed to further incorporate technology developed through racing, the Corvette Z06 Carbon Limited Edition is a tribute to the 50th anniversary of Corvette’s first race in the 24 Hours of LeMans," said Jim Campbell, Chevrolet General Manager. "With a limited production of 500 units, this car is a must-have for the true Corvette collector and driving enthusiast."

The Corvette Z06 Carbon Limited Edition is another example of the expanded Corvette line-up. Five years ago, customers had the choice of a Corvette coupe or convertible. With the addition of the Z06, Grand Sport coupe and convertible and ZR1, Corvette enthusiasts now have more choices than ever.

"For track use, the Z06 Carbon is the best balanced Corvette yet. It combines the lightweight and naturally-aspirated Z06 engine with the road-holding and braking of the ZR1," said Tadge Juechter, Corvette Chief Engineer. "For technical tracks like Laguna Seca, the Z06 Carbon could shave up to three seconds off the Z06 lap time."

The Z06 Carbon’s ebony leather and suede interior is complemented by blue or orange seat stitching to match the exterior color chosen. Other features include a unique steering wheel emblem, sill plate and logoed headrest. The suede used on the steering wheel, shifter, seat inserts, armrests and doors add to the luxury of this limited edition Z06.

An optional Z07 performance package that includes the mechanical upgrades introduced on the Z06 Carbon can be added to a regular 2011 Z06. This package also includes Competition Gray 20-spoke wheels and all the chassis and cooling upgrades.

The CFZ Z06 carbon fiber package includes black carbon fiber rockers, splitter and roof panel with the full-width body color spoiler. It can also be purchased with or without the Z07 package on regular Z06 models.

The 2011 Corvette Z06 Carbon Limited Edition, as well as the new Z07 and CFZ Z06 option packages will be available in late summer.