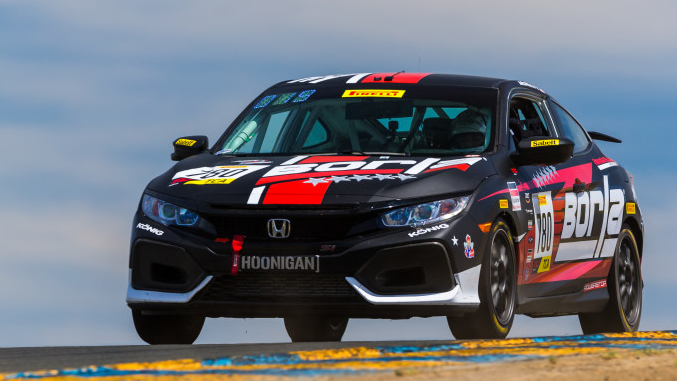 TC America’s TCA, TC, and TCR races at Sonoma two weekends ago saw some of the best racing of the year so far. Combine Sonoma’s rolling hills and tricky turns with TCA’s not-terribly-high-powered cars, and it really makes for some great action. One battle in particular that went down was between #780 Sally McNulty in her #TEAMSALLY HPD Honda Civic Si and #44 P.J. Groenke in his Techsport Subaru BRZ.

Both cars are pretty evenly matched power-wise (though we presume the Si is a tad torquier), and both have excellent chassis. This footage from McNulty’s car is great to watch and exemplifies what goes down when you’ve got two great chassis, with one pushing itself along and the other pulling itself along.