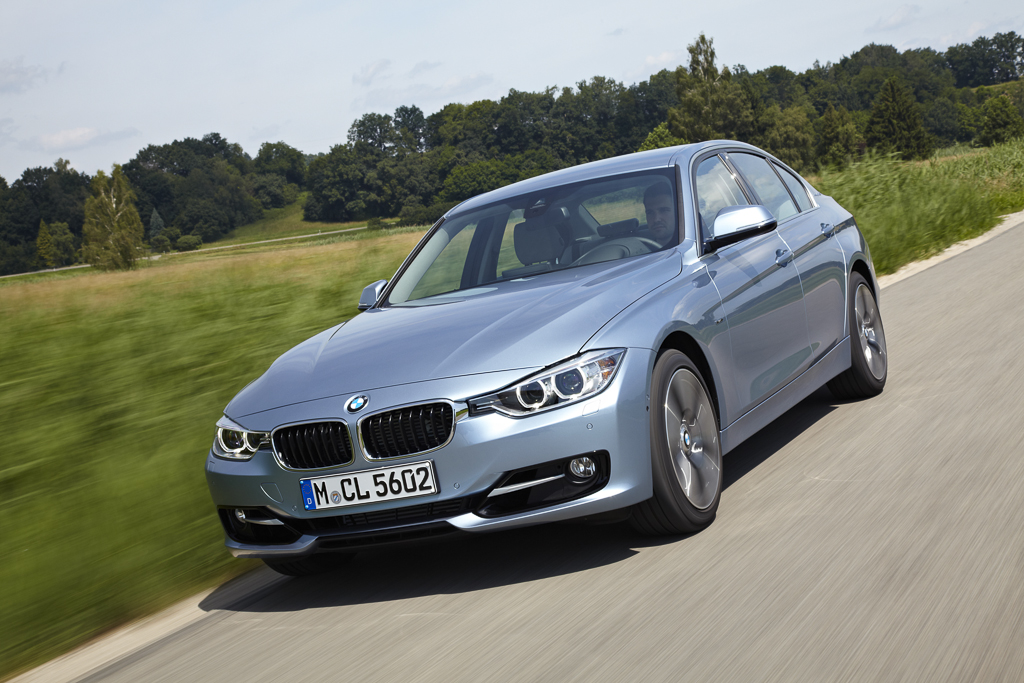 —Lake Orion, Michigan
Hybrids. Bleh. That may be the reaction some enthusiasts have towards hybrid technology, thanks in no small part to cars like the Toyota Prius. Hybrids are boring, and unengaging, and slow, right? Over the years, though, the hybrid’s image as a fuel-sipping car of compromises has been changing.
More and more, manufacturers are starting to recognize the performance potential that exists when you mate a potent gas engine with an electric motor and a battery pack. The fact that these hybridized performance cars generally deliver better mileage with their more accessible power certainly doesn’t hurt their appeal.
[Click here to read our review of the Mercedes-Benz C250]
So while the big news has been on the recent crop of hybrid racecars and hypercars, the gas-electric revolution has finally come to one of our favorite, everyday awesome sports sedans—the BMW 3-Series.

BMW’s ActiveHybrid technology has been applied to the 7-Series, X6, and most recently, the 5-Series. Like its predecessors, the ActiveHybrid3 is based heavily on a gas-powered model—in this case, the 335i.
That means there’s a 3.0-liter, turbocharged inline-six under its long hood, which is mated up to an eight-speed automatic transmission. All 306 horsepower is, naturally, sent to the rear wheels. In conjunction with the gas engine, a 55-horsepower electric motor draws power from a lithium-ion battery hidden under the trunk. Total system horsepower sits at a potent 335 ponies and 330 pound-feet of torque.
That makes this hybrid the most powerful 3-Series not to wear an M3 badge. It is not, however the fastest. Thanks to the added weight of the hybrid powertrain, the ActiveHybrid tips the scales at just a shade over 3800 pounds and drags the dash to 60 miles per hour out to 5.3 seconds.
In practice, the hybrid 3’s weight isn’t the detriment it might seem to be (it does maintain a near 50/50 weight distribution). The instantaneous electric torque gives it a sense of alacrity that’s absent from a standard, turbocharged 335i. At speed, the ActiveHybrid3 feels largely like a 335i, with easily accessible power and snappy responses from the automatic transmission. Perhaps the biggest differentiator between the two is how quiet the ActiveHybrid is at speed.
Like most hybrids with conventional automatic transmissions, the AH3 is capable of shutting its engine off and coasting on electric power while at freeway speeds. Obviously, driving on EV power alone is good for fuel economy. Knowing this, BMW has gone to great lengths to make the driver as aware as possible of what the car’s hybrid systems are doing.

Switching the car to Eco Pro mode does more than just optimize the air conditioning, dull the throttle response, and change the shift points—it grants drivers access to a suite of gauges that coach the pilot on economical driving.
Most useful is a gauge, split into a few segments. It records just how much throttle response is being applied while in EV mode, and gives drivers an immediate idea of how much more power can be applied before the gas engine kicks to life. It is excellent.
The ActiveHybrid has BMW’s traditional heavy steering. That said, it’s electric. The weight does feel right, but there’s not much in the way of feedback. Instead, most of the chatter comes from the chassis. Despite the added weight, we didn’t notice a huge drop in communication.
We did notice some handling issues, though. The combination of skinnier, eco-friendly tires and a lot more weight mean that the ActiveHybrid 3 doesn’t quite have the dance moves of a 335i. It tends to roll a bit more, and doesn’t inspire the same degree of confidence. Of course, we doubt most drivers will be pushing their ActiveHybrid the way we were, and will therefore not really notice the downgraded handling.
As good as the ActiveHybrid is, it has a pair of faults that rule it out for us. At $49,300, its starting price is over $6000 more than a standard 335i. For that $6000, the ActiveHyrbid, despite its coaching suites and EV power, barely betters the 335i’s 23-mile-per-gallon city and 33-mpg highway rating. The ActiveHybrid will return 25 mpg in the city and 33 on the highway.
Now, we think those numbers are on the low side. We had no qualms recording numbers closer to the 40-mpg range when the situation demanded it. But these two issues bring up whether the ActiveHybrid 3 serves any significant purpose.
If you want a fun-to-drive sedan that’s got plenty of power but can still return decent fuel economy, skip the hybrid and just buy the 335i. And if you really need/want fuel economy in BMW’s small sports sedan package, just wait for the upcoming 328d, which will almost certainly best the rest of the 3-Series range.
2013 BMW ActiveHybrid3
Engine: Turbocharged inline-6 with electric motor, 3.0 liters, 24v
Output: 340 hp/331 lb-ft
0-60 MPH: 5.3 sec
Fuel Economy, City/Hwy: 25/33 mpg
Weight: 3860 lb
Base Price: $49,300
Price As Tested: $61,420
Tags:
BMWHybridMercedes-BenzToyotaToyota Prius