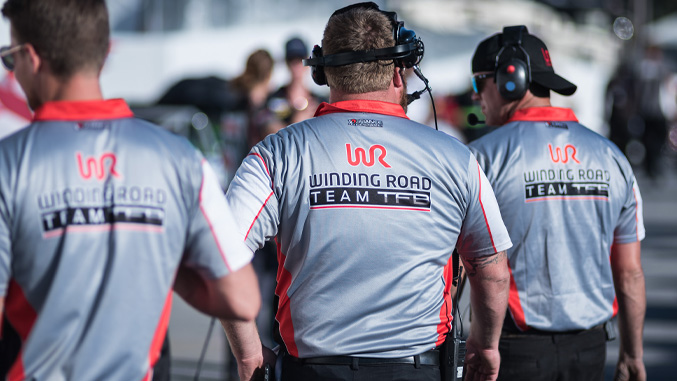 Two-way radios have become a favorite choice for commercial, industrial, military, and even personal use as a communications tool. Analog two-way radios have been used for business applications as far back as 1933, and they were originally placed into service by the U.S. military 20 years before then. The shift to digital radio from analog has increased over the last five years within most industries. From varying price points and the distinction in sound quality, both technologies have significant differences beyond just their signal types.

Analog: Analog signals have a sinusoidal, or continuous, value. Today’s analog systems use frequency modulation (FM). The frequency modulation produces a continuous wave with the voice signal. By integrating such a simple system into a single chip, the cost of this radio has dramatically reduced. Analog signals are commonly used in many systems today, but the uses for analog signals are declining with the introduction of the more reliable digital signal. Because the analog radio system has been around for so long, the limit of innovations has virtually been met. A standard analog radio is going to decrease in signal the closer you get towards its maximum range, at which point all you hear is white noise. On the other hand, a digital radio is going to remain much more consistent in sound quality regardless of distance to or from the maximum range.

Digital: Digital signals are represented by binary numbers: 1 or 0. The 1 and 0 values can correspond to different discrete voltage values. By using a binary signal, error correction embedded signaling and control bits are possible in each packet transmitted. The software contains an algorithm that understands the differences between voice and background noise, and in return, cancels the unwanted background noise and unwanted audio. The wireless digital signal provides the same levels of reliability and control as a wired digital signal. All digital radios pretty much guarantee 30-50% increased battery life over analog radios. This is because the digital radio transmitter does not run 24/7.

Comparison: When you use a normal analog radio, every sound that’s picked up by the microphone is transmitted. If there’s a lot of background noise, it can be very difficult to understand you. The software focuses purely on your voice, paying no attention to the noise around you. The result is exceptional voice clarity. Radio interference creates static on an analog radio creating unclear messages that must be repeated. While all radio signals grow fainter as they go further out, the voice quality on analog radios degrades much more quickly. At the far edge of coverage, even though signal strength is similar, digital voice will be clear and intelligible while analog voice will be garbled and masked by static. Digital radios have built-in error correction to eliminate static and make sure voice calls are heard clearly over a greater range. There’s no interference, background noise or distortion. Digital maintains voice integrity to the very ends of the coverage area. Digital is so bandwidth-efficient, it can accommodate two completely separate “channels” in one 12.5 kHz channel. With digital, you can immediately double the capacity of your existing 12.5 kHz channel and enable many more people to communicate without worrying about privacy or interference.

Battery life is a big challenge for all mobile devices. Digital technology is much more energy-efficient than analog, it reduces battery drain and improves talk time. Count on your battery to last up to 40% longer when you use a digital radio. While both analog and digital radios consume about the same power in standby mode, once you start transmitting, digital radios are dramatically more efficient. This is critical for frequent and heavy users who depend on their radios to last the entire shift and can’t stop to replace batteries or recharge radios.

Advantages of Digital vs. Analog

Head over to our Race Communications Store at WindingRoadRacing.com to browse our entire selection of communications systems.