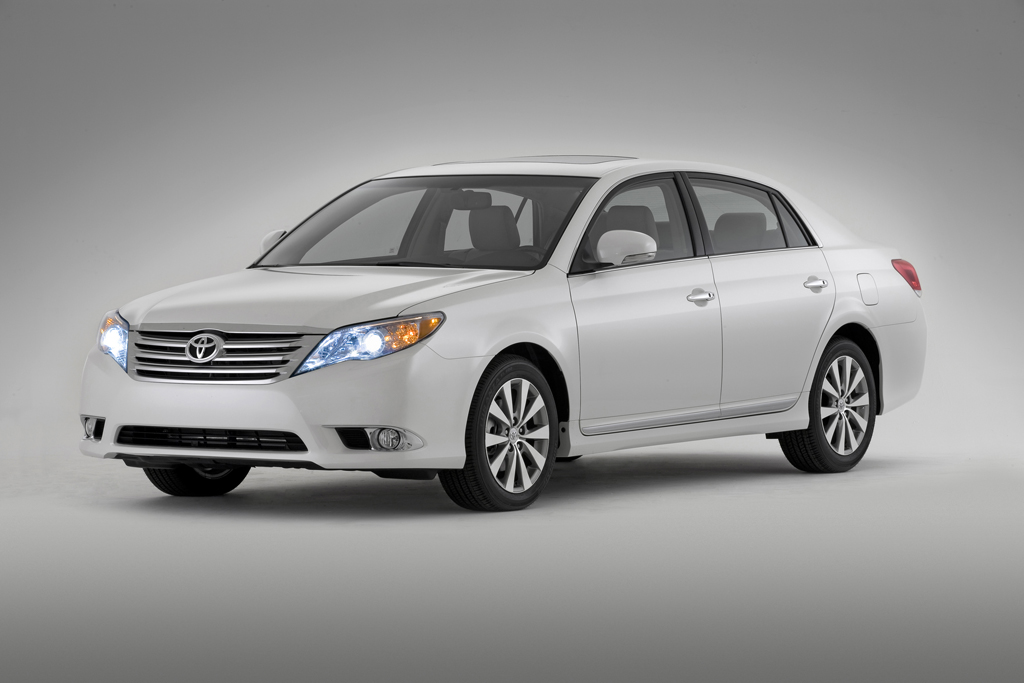 I had an interesting conversation with a limo driver on my way back to the airport after a recent new car drive event in Texas. After chatting a bit about what I was in town for, and introducing him to Winding Road, the chauffer was curious as to what I had to say about the Toyota Avalon as a possible Town Car replacement.

It was a good question. Ford and Lincoln have offered up a “Town Car” version of the unlovely MKT crossover to replace the outgoing actual Town Car for fleet service. There has been some early discontent from fleet service providers though, as the MKT certainly doesn’t look the part of the traditional airport car, and is therefore a bit risky, potentially, for those interested in courting traveler dollars.
My driver, rightly, surmised that the Avalon might be a better choice for upscale taxi. Our Avalon loan reinforced that the car was, above all else, a completely comfortable way to pass the miles. I spent the bulk of my time in the car in the backseat (no, not in any exciting way), and can therefore report that it is a spacious, soft-riding, and pretty completely inoffensive place to be driven in. It may not be quite the roomy, generation-gone-by feel that the airport-standard Lincoln can afford, but it comes remarkably close.
What’s more, the Avalon is cheaper than the outgoing Town Car (and mostly the incoming MKT Town Car, too), as well as being more fuel-efficient. So, while I can’t really recommend Toyota’s big sedan for anyone interested in driving pleasure, I can whole-heartedly endorse it as a legitimate “Black Car” candidate.
—Seyth Miersma, Editor-In-Chief
I have to echo Seyth’s statements about the sheer level of comfort and spaciousness found in the Avalon. Unlike him though, I spent the majority of my time in the Avalon behind the wheel (with him sitting in the back; nothing like being the low man on the Winding Road totem pole). From the standpoint of a driving enthusiast, the Avalon is pretty snooze-worthy.
The steering is light and numb, the ride is waterbed like, and the seats lack any real level of bolstering. The one slight area of brightness comes from the Avalon’s fairly stout 3.5-liter V-6, which generates a respectable 268 horsepower. Unfortunately, it’s routed to the front wheels through a lazy six-speed automatic.
But the Avalon isn’t meant to be a dynamic car. It’s meant to offer an extreme level of comfort at a reasonable (non-luxury car) price. And it’s when you consider that fact that these minuses really become plusses.
That light and numb steering means the driver needs to exert less effort to direct the vehicle. The waterbed suspension will keep him comfortable over pockmarked urban roads. And those underbolstered seats make the constant entry and exit from the drivers seat a far easier procedure. And being a fairly straightforward, V-6-powered, front-wheel-drive sedan, the Avalon likely won’t cost too much to maintain.
So while the Avalon isn’t something I’d want to drive, I certainly wouldn’t mind being picked up from the airport in one.
—Brandon Turkus, Test Fleet Manager
Pros
•       3.5-liter V-6 delivers decent power
•       Back seat offers plenty of room for lounging
•       Ride is super comfortable
Cons
•       Does little to engage the driver
•       Interior treatment seems to pick the most inoffensive of materials from Toyota’s parts bin
•       Six-speed automatic is uninspired, tuned primarily for fuel economy
Tags:
AvalonToyota