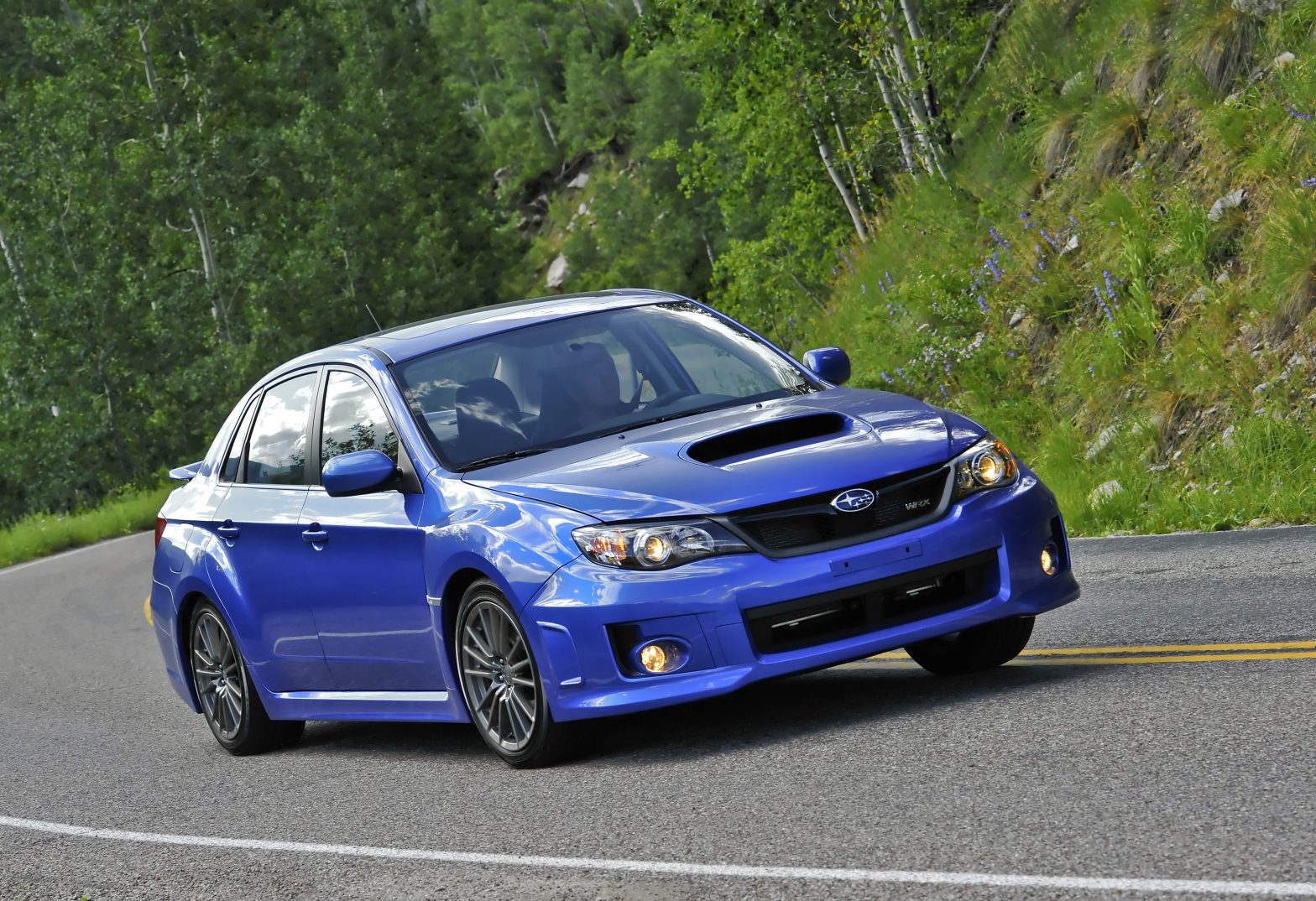 This Subaru left me in a bit of an odd place. I have very little experience with the WRX (or its big brother, the STI), but a ton of experience in Mitsubishi’s Lancer Ralliart and Evo. After a few days behind the wheel, I was truly impressed with the value that the WRX represented, especially compared to the more expensive Ralliart.

Part of that value comes from the lack of tech. The Ralliart has a three-mode All-Wheel Control, compared to the WRX’s straight-up Symmetrical all-wheel drive. The Ralliart is also equipped with a brilliant paddle-shifting SST dual-clutch gearbox, while the WRX has an old-school five-on-the-floor setup. While this gives the Ralliart a bit of an edge on a track, it adds price and takes away from involvement. The WRX is crude, but this crudeness is really an endearing quality. It has a man-machine interface that is sadly absent from the coldly efficient Mitsubishis. You actually feel like you are driving the car, instead of the other way around.

The WRX’s 2.5-liter turbocharged boxer-four isn’t the most efficient unit on the planet, but it makes great power everywhere but the upper reaches of the rev range. With an extra twenty-eight horsepower, the Subaru feels quicker than the Ralliart, even with its trick SST gearbox. The sound is nicer too, with that distinctive growl that can only come from a Subaru boxer engine. I would have liked a bit more of that noise to filter into the cabin, but that’s nothing that the Subaru tuning crowd can’t fix.

In the past, the WRX has always taken a backseat to the STI in the looks department. It was always a much more conservative ride, which just didn’t suit the performance vehicle that it really was. That problem has been addressed for 2011, with the WRX and STI being indistinguishable from all but the most observant Subie fans. The WRX finally has looks that reflect its performance, with a nice-sized rear wing, a deep front fascia, and a set of four exhaust pipes out back. The seventeen-inch gunmetal wheels of our tester were nice, but we still yearn for something in gold.

The WRX is such an outstanding value, starting just north of $26,000. Keep in mind, that’s about $2000 less than the slower Ralliart and about $8000 cheaper than the Evo and STI. And although it’s slower than the Evo or STI, applying that $8000 to the aftermarket should level the playing field considerably.

Transitioning between the WRX and STI, I always find myself feeling more at home in the less-hardcore sibling. It’s more straightforward, and one simply gets in and drives, without having the option of various differential settings and the like. The car communicates really well, and is a little more carefree in its ability to be driven hard, if only for having less complexity than the STI. The steering feels more natural, too, with the weight in the STI’s tiller always feeling a bit too light. The clutch in the standard WRX is less finicky, to boot.

I have an admitted soft spot for the WRX and have enjoyed its quirks throughout the years. To be quite honest, I’m a little sad that it now looks so similar to the STI, as I thought the weird details of previous WRXs gave an insight into the car’s personality, which is definitely quite different from big brother.

And yes, I agree with Mr. Turkus about the value one gets in the purchase of a WRX. Plenty of power, really good handling, all-season capability, a well-established aftermarket, and a built-in community of enthusiasts all speak to this point. Theses are advantages that the WRX has always had, and always will have, when compared to similarly priced (or, in a lot of cases, even much more expensive) vehicles.

–    Turbo boxer engine, all-wheel drive, and five-speed manual are a winning combination for the enthusiast driver.
–    Updated inside and out, including new widebody design.
–    A real performance value.