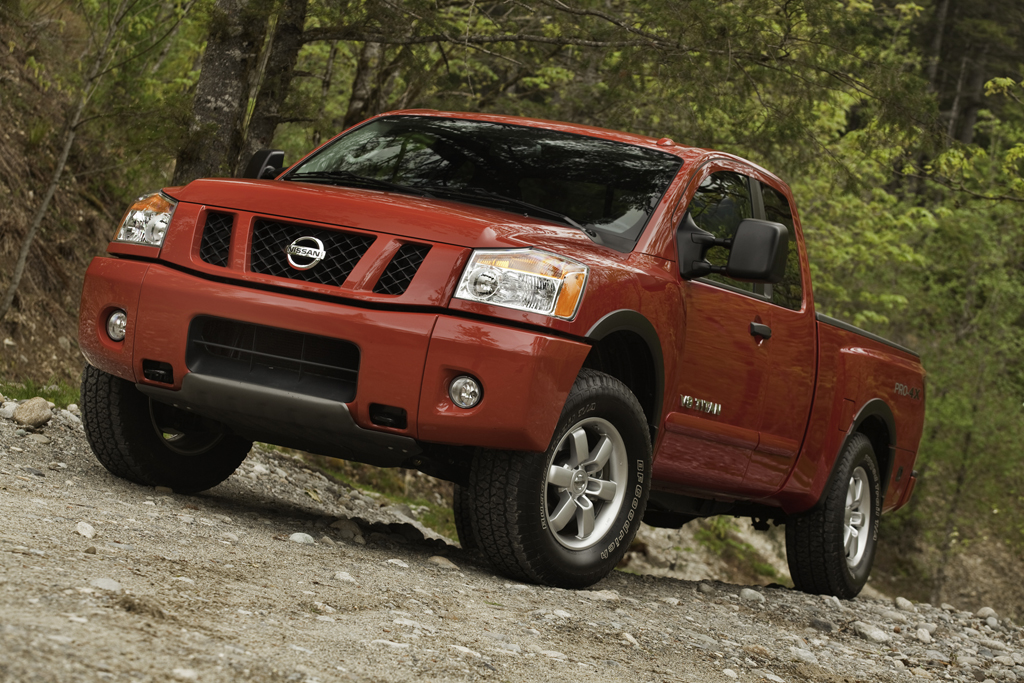 I haven’t really veiled my personal aversion to driving pickups. Generally, I find them to offer frustrating, clumsy, lumbering driving experiences. Yeah, they are really useful in certain situations, and they make valid sense as a daily driver for some people. If I had to drive one every day, I’d probably be much more curmudgeonly than I already am.

There are a few trucks, though, that I don’t mind using for daily in-town errands, driving in traffic, getting in and out of, parking, and all those other things that trucks generally suck at. The Nissan Titan is one of those (along with, quite honestly, the Honda Ridgeline). In the Titan, I don’t feel like I’m manning the helm of a freighter. I give it an input, and something happens in an appropriate timeframe and direct manner. Steering isn’t so vague (actually pretty direct, and translates well to different types of driving). I can see where I’m placing the truck when I’m switching lanes or making a turn. I feel more in control, and less like an obstacle to other drivers.
Granted, I wasn’t using the truck to tow, haul, or drive off-road, so I can’t attest to its abilities in those arenas. But, for someone who feels more confident (and generally less angry) in something that drives more like a car, the Titan fits the bill. And for those who say American trucks are the best trucks in the world, I won’t argue, but until I have my own construction business, I won’t be choosing a monster over something a little more athletic.
—John Beltz Snyder, Production Editor
I share John’s views on driving pickup trucks, and agree that the Titan is just a bit better for the driving enthusiast. It’s like Nissan finished it up, and then sprinkled just a little bit of 370Z into its DNA. Whereas other full-size pickup trucks feel big and unruly, the Titan, despite its 5300-pound curb weight felt relatively light-footed and eager. Driving home during rush hour, it never really felt like straying out of my lane would result in the death of another driver. Simply put, the Titan drives more like a mid-size SUV than a full-size pickup.
Despite this mid-sizer feeling, the Titan still has a truck’s V-8. The 5.6-liter powerplant produces a respectable 317 horsepower and 385 pound-feet of torque, which puts it squarely in between V-8s from Chevrolet on the low end, and Dodge and Ford on the high end. More important than numbers, though, is how the Titan’s engine feels. The 5.6 handles the Nissan’s heft with moderate ease. It isn’t fast, but the power on offer certainly makes for adequate acceleration, thanks in large part to the mountain of torque on tap.
I have to admit that I didn’t think I would like the Titan, but in the end, its combination of a strong engine and great (for the segment) driving dynamics won me over. Not bad Nissan.
—Brandon Turkus, Test Fleet Manager
Pros
Cons
Tags:
2011Brandon TurkusHonda RidgelineJohn Beltz SnyderNissanNissan TitanTitan

Detroit 2011: Cadillac Shows Off Its New Racer In The Motor City