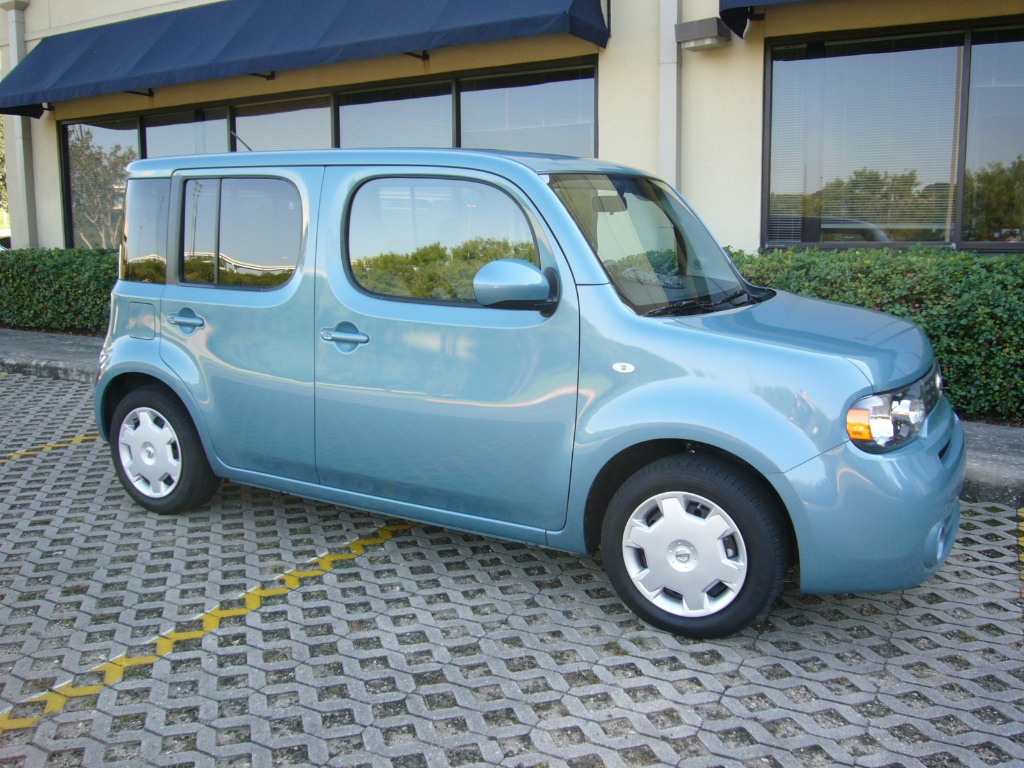 In the past I’ve found the Cube to be utterly charming. Maybe it is because it seems to make no major claims about driving dynamics, and so sets expectations on the low side, but in the event I’ve genuinely had fun in the Cube. And this, despite our past testers having continuously variable transmissions (normally an object of derision, though Nissan CVTs are among the best). This time Nissan shipped us a Cube with a six-speed manual, which caused a small wave of joy to shudder through the Austin office.

The 6MT in the Cube is a nice transmission. Throws are on the short side and very light, so shifts can be accomplished at will. This is aided by a lack of notchiness, so every shift seems to land in the right place no matter how fast you move the lever.

That said, I didn’t think the six-speed transformed the Cube. The 1.8-liter four-cylinder engine only has 122 horsepower and 127 pound-feet of torque, so I expected the manual to make the car feel a bit more lively. Generally shifting induces a torque bump, but the Cube’s manual just doesn’t do much of that. So, in the end, I’d take the manual because I like rowing for myself, but if you find the Cube is underpowered the transmission won’t change that impression.

The rest of the Cube continues to impress. The suspension is on the soft side and roll control is moderate, but the steering is quick enough and the package is light enough that you can really place the Cube with precision. I’ve been driving the much-heralded BMW E30 M3 that we’re restoring, and the Cube chassis setup is surprisingly reminiscent of the M3. More on that later, but as we’ve said ad naseum, raw pace is not the only pathway to driver involvement. The other thing that makes the Cube easy to love is the seating. The seats are comfy, but even more the second row is luxuriously big. Abe Lincoln could ride back there, hat and all.