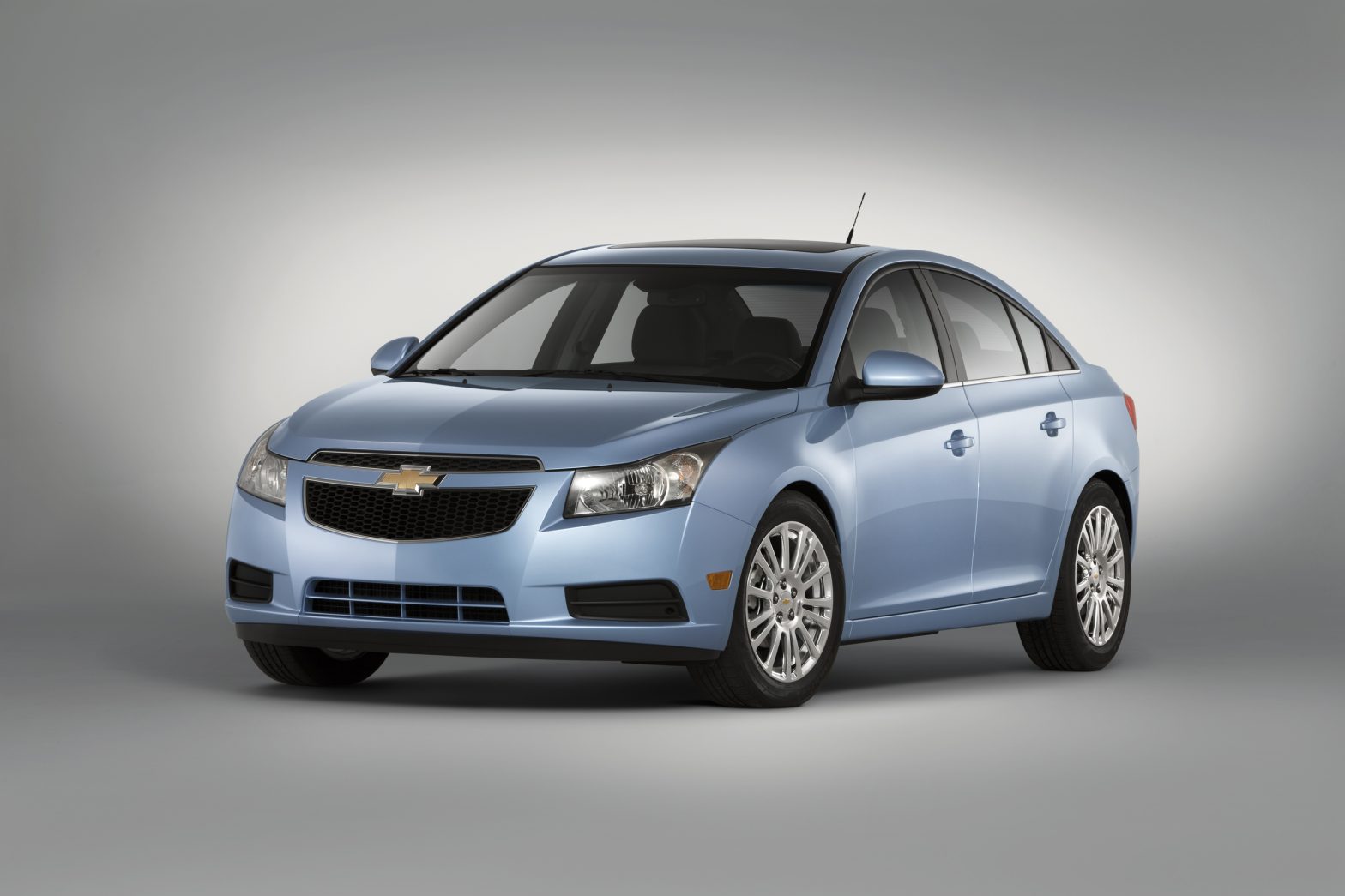 Our Chevrolet Cruze Eco had a standard six-speed manual transmission. After having driven the Cruze with the clumsy, sluggish automatic transmission, the do-it-yourself gearbox really seemed to breathe life into the small turbocharged engine. While not the best stick shift I’ve operated, it feels very smooth, and adds a sense of refinement to the Cruze’s driving character and driver interaction. Plus, it’s much easier to take advantage of the 138 turbocharged horsepower under the hood when you’re the one choosing when and how fast to shift. It’s really easy to get great mileage out of the Cruze Eco, and it feels like more of an accomplishment when you’re fully responsible. As usual, stick wins.

The Eco also seemed well trimmed. It had cloth seats, but the cloth felt pretty durable, and the seats were comfortable. Also, the Eco had cloth inserts that extended across the door to the dash. This seemed like a bold design move that could have easily turned out looking and feeling cheap, but instead added to the sense of refinement at a value. It seemed to match the driving dynamics of the car too.

The Chevy Cruze doesn’t try to pretend to be a sports car. It presents itself as a clean, practical, usable everyday vehicle. I think it pulls this off nicely, and the Eco adds just a splash of unique personality, particularly with its subtle exterior aero treatment. It wasn’t until I drove the Eco (with the manual trans) that the Cruze began to finally grow on me.

This Cruze Eco has got a much different sensibility to it than most new cars I drive on behalf of Winding Road. It manages to be, largely because of it’s decent manual gearbox, both the most fuel-efficient, and the best-to-drive example of the Cruze range.

In previous Cruze experiences, the subtly of the suspension tuning and the overall competence of the ride/handling balance was a bit lost on me, primarily because I spent most of my time frustrated with the transmission. Freed of that frustration with a manual that is, to be fair, pretty average, I was better able to suss out the great-handling car that Chevy has put forth here. Without sacrificing any ride comfort—the car covered broken places in the road with grace similar to some luxury cars I’ve driven recently—the Cruze felt very willing when pushed.

Interestingly, the Cruze doesn’t feel a lot like a small car in terms of turn-in and rotation, but the positive tradeoff is great highway-speed stability (along with a very quite ride), and the aforementioned harsh-surface mitigation. Steering effort felt progressive with more lock, too, though feedback levels are pretty low. Honestly, with just a little bit more torque, and some weightier controls, the Cruze could do a passable BMW imitation on a back road.

Again, most of what I just discussed is evident (probably) in the non-Eco Cruze, too, but if you care enough to pay attention to the car’s personality, you’ll probably want to avoid the automatic gearbox.

How Not To Work On Your Car: Too Far From Your Tools