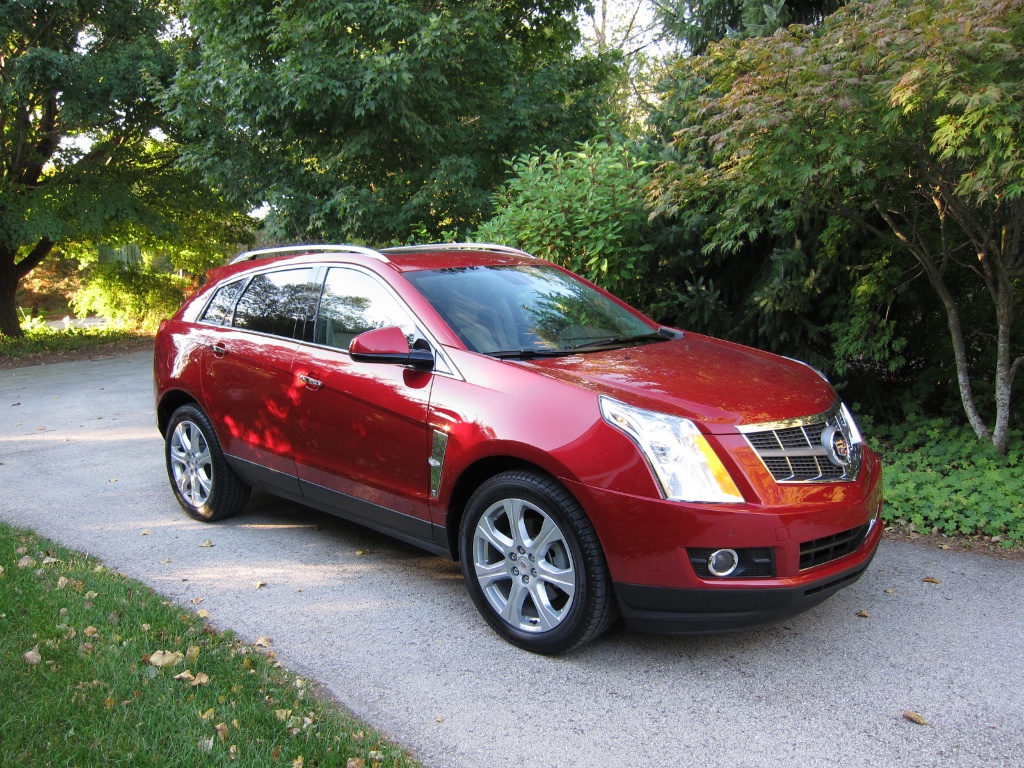 The world has a way of surprising you from time to time, and my time in the Cadillac SRX was quite surprising. Just as I get done talking about the varying degrees of blandness that make up most of the crossover world in last week’s Quick Drive of the Jeep Liberty, along comes the SRX, which lo and behold is good in almost every aspect of its dynamics. I’m benchmarking here against luxury sedans, not sports cars, mind you. But even so, this Cadillac is well done.

The handling is good, thanks largely to a firm suspension with lots of anti-roll dialed in. You can’t repeal physics, but below 0.5g you can make a crossover feel willing to turn, controllable, and stable. The SRX does that. In addition, the SRX has steering that is well weighted and provides some feedback. Combine that with good straight-line tracking, and you have a car that works in town and on the highway.
The firm suspension has reasonably sophisticated dampers, so the ride is pretty comfortable, though you’ll know about broken pavement in no uncertain terms. Going over potholes and frost heaves won’t hurt, fortunately. The seats are supportive and firm, without being hard, and I thought the shape was good.
The turbo V-6 and six-speed automatic make for an interesting power package. Power is somewhat non-linear (thanks to some turbo lag), but this gives acceleration a sense of character. And when you need to move out, the SRX can get going. It isn’t downright fast, but it doesn’t feel sluggish at all. The transmission shifts smoothly and quickly, though not imperceptibly as do some German automatics (but not all by any means). This engine-transmission combination delivered about 22 miles per gallon in suburban driving, for those who imagine gas prices might someday rise.
Finally, we come to the brakes. Many heavy cars (essentially all crossovers) give a sense of weak brakes with a spongy feel. This is so common it seems normal. Then along comes the SRX and you remember what a pleasure a firm, progressive pedal can be. Most sports sedans would be lucky to have brakes this good.
As a final note, the materials in the SRX interior are well above average. I didn’t think as much of the interior shapes (or the exterior for that matter), but for quality there is little to complain about.
A common theme in reviews of GM vehicles in past years was “if only.” As in “this would be a pretty good car, if only…” But the SRX doesn’t have the dreaded “if only” clause attached. It is a solid piece of engineering, given the starting point of a mid-sized crossover. I slightly prefer the dynamics of the BMW X5, though in some ways you could say the SRX handles better, but that comparison alone should indicate what Cadillac has accomplished.