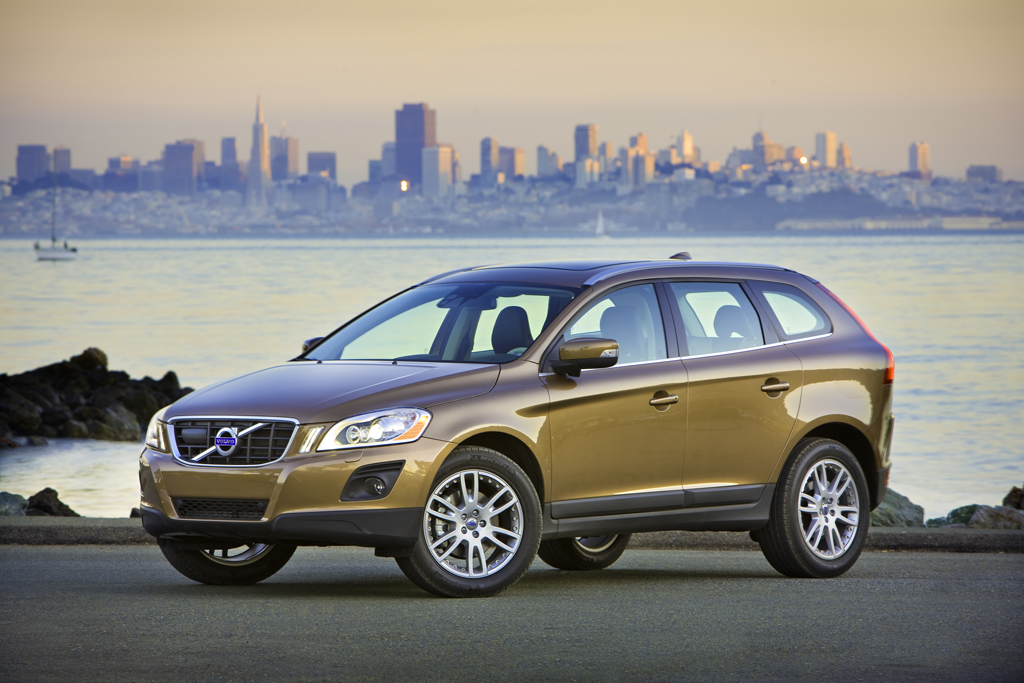 The XC60 has a great deal of potential. The 3.0-liter turbocharged V-6 produces 281 horsepower and 295 pound-feet of torque, but it feels more powerful than that. Power goes through a six-speed automatic gearbox, which always does what the driver needs. Upshifts and downshifts are quickly dealt with, while stomping on the throttle rarely confuses the gearbox as to what gear it should be in.

The area that I was most let down by on the XC60 was the interior. I love the skinny center stack, and the materials inside feel top notch, but the problem with the XC60 is the infotainment systems. The ridiculous placement of the navigation controls behind the steering wheel will almost always confuse you. The navigation screen can only be controlled by these controls, but the radio screen (which sits a bit above the nav screen), features nearly identical controls just below the navigation screen. Yes, it is as confusing as it sounds.

I’m hoping that Volvo was hamstrung by Ford accountants while developing the XC60, because that is the only reason I can think of for them to put such outclassed electronics in a brand new car. With Geely in charge, hopefully these problems will be dealt with, and the XC60 can become a truly competitive car.

First off, let me offer up an opinion counter to Brandon’s as far as the XC60’s navigation system is concerned. While I’ll admit I was initially confused by the placement of the controls for the Navi system (confused again actually, I went through this same process when I first drove the car last year), once I remembered the small joystick control on the back of the steering wheel, I had absolutely zero problem using it effectively. In fact, I’d go so far as to say that the single-finger controls for the system are amongst the easiest to use, without breaking concentration while driving, of any car out there. I don’t think the controls will, “almost always confuse you,” but they may confuse people who are used to traditional navigation interfaces the first couple of times they get in the car.

Our fleet manager’s larger point about the lackluster tech, especially such a “modern” feeling crossover, is still salient though. Audio controls are needlessly tricky, the interface screen, a little one-inch high monochromatic deal, is decidedly behind the pace. Connectivity for iPod is available, but there’s no recourse for navigating by artist, or song, or genre; you simply listen to whatever is already cued up on the iPod itself. (Yeah I know, like Soviet Russia, right?)

So, complaints about the technology suite having been aired, I should mention that I quite like driving this Volvo CUV. Power is more than ample, and is applied smoothly and progressively. The turbo motor isn’t quite torquey enough to jerk the wheel from your hands, but it’s strong enough to make downshifted passing maneuvers both easy and fun.

I had charge of the XC60 for a bit of a weekend adventure in Northern Michigan’s Leelanau Peninsula, seeing plenty of freeway time as well as pretty back roads over the course of the trip. Despite a bit of rubberiness in the steering feel, the Volvo was pretty capable in the bendy stuff; feeling planted and grippy at speeds fast enough to keep me entertained. Pushed harder the CUV will understeer, certainly.

I capped off a really entertaining driving weekend by proposing to my long-suffering, and beautiful girlfriend Molly, too (she said “yes,” thank god). So it seems as though this particular Volvo will always have a special spot in my car-guy heart.