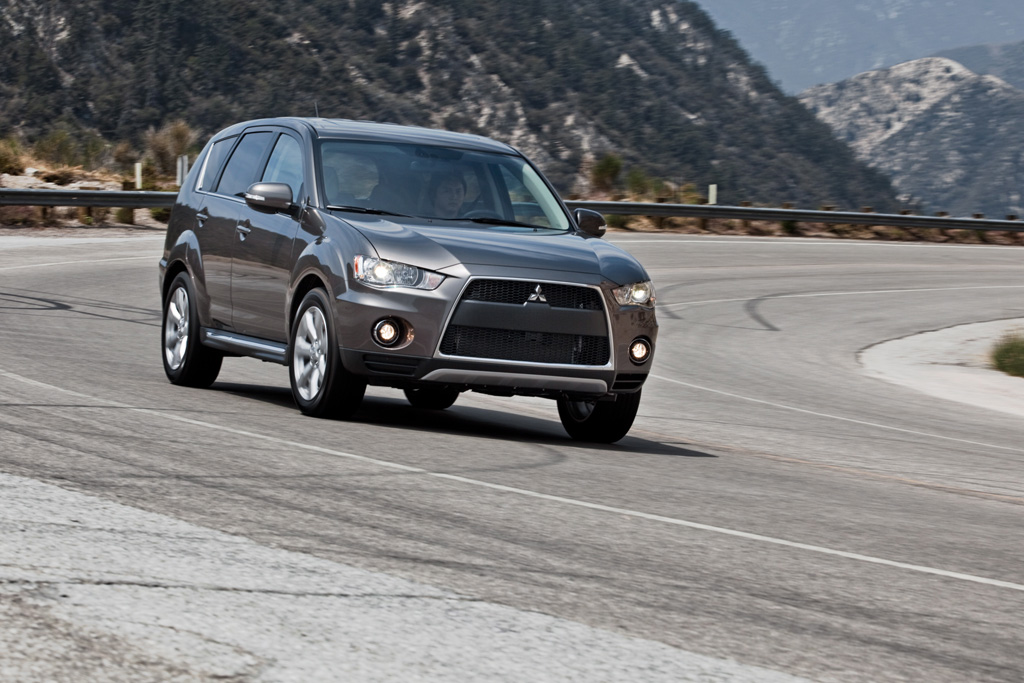 In the world of cute utes, the Mitsubishi Outlander flounders in relative obscurity. Overshadowed by the Toyota RAV4, Honda CR-V, and Ford Escape, the Outlander trundles on as the oddball choice, which is a shame because Mitsubishi’s small SUV is actually a pretty decent alternative.

The Outlander shines through in its functionality. A split rear tailgate makes loading, unloading, and tailgating a breeze. A slightly complicated pop-up third row can be used when hauling around the kids and their friends, and when hauling cargo, the second row flips forward with the touch of a switch. It isn’t going to outsell the RAV4 any time soon, but Mitsu still has a very competent SUV. Although it lacks the sports end of the equation, the Outlander is never short on the utility side.

Having the redesigned Outlander back in the office after covering the vehicle’s launch, I can safely confirm that driving impressions based on canyon road routes in sunny California are subject to significant change after a test in bumpy, flat SE Michigan.

When not carving ultra-tight back roads, the Outlander suspension doesn’t feel at all soft for the class. On the other hand, I had even more of an issue with the rather gutless performance of the V-6 from low rpm, especially around the city. The 3.0-liter does just fine shifting the Outlander bulk once up to highway speeds, but I often got a bit bogged down when simply running errands in the ‘burbs.

Thankfully, you can mitigate some of the engine’s weak points by using the good paddle shifters that Mitsu has provided. But in all honestly, I think that most of us would tend to simply leave the gear selector in D for most that kind of “boring chore” driving—which makes the problem worse, of course, as that’s when the paddles would help the most. Frustrating.

The Mitsubishi Outlander seemed, to me, pretty forgettable. It’s not bad in any real way, but there isn’t much, in terms of driving dynamics, that makes it stand out among the huge population of crossovers on sale today. It gets a little bit of notice for having the Mitsubishi DNA, and for its new, Evo-esque front fascia.

That being said, it is a perfectly capable vehicle, and it’s one I look forward to revisiting. Perhaps I just didn’t spend enough time in the Outlander to really explore what nuances it may have. It seemed to handle well, and the suspension seemed up to the task. On the right road, it could probably be a good steer, especially for a CUV.

Blog: Is The Jaguar XJ A Panamera Beater?