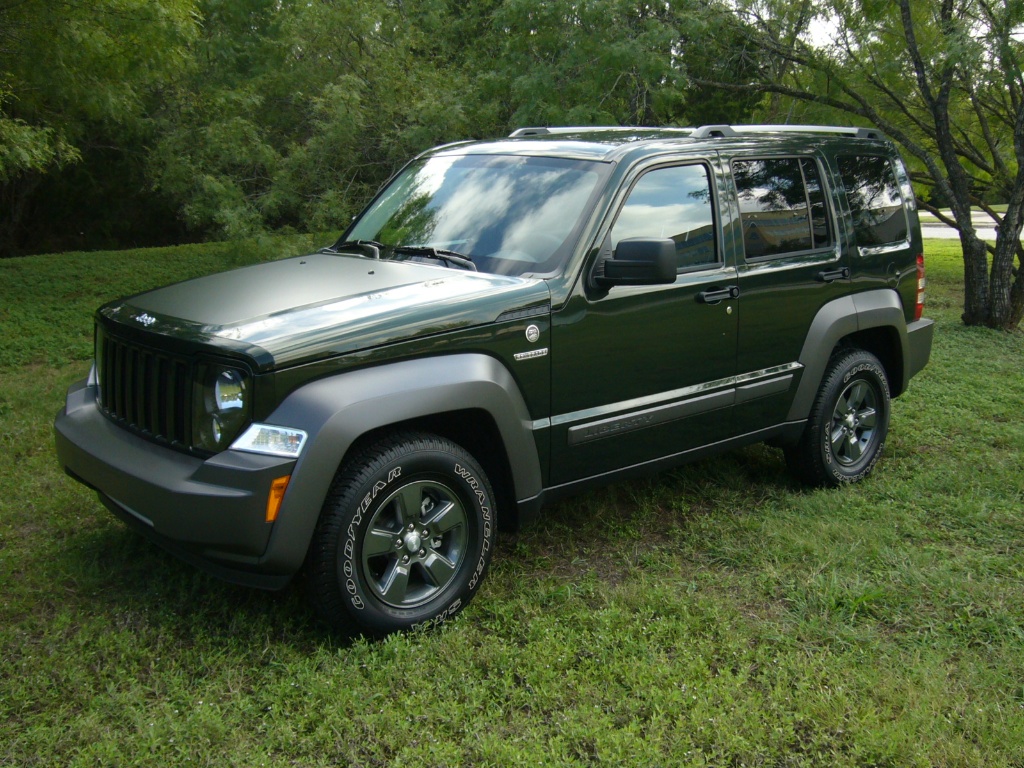 Over the past few days, though, it has started to make a bit of sense to me. Here’s the deal, I think. The Liberty looks good, in a utilitarian, purposeful way. It doesn’t overdo it, like a Hummer would have—it isn’t gargantuan, hulking or a cartoon of itself. But it looks chiseled and solid. The interior has some nice touches like a very vertical A-pillar and a dash that is only a few inches deep. That gives a retro feel that fits the oeuvre on offer here.
I do appreciate as well that this is a Jeep. All other things being equal, I can easily imagine someone buying what is basically a tall station wagon—wanting a Jeep over, say, a Toyota. In this class, Jeep has more meaning and resonance with some folks. And, I’m guessing, the Liberty can actually do some off-road things that others can’t.
And, I have to say, almost all crossovers are a bundle of compromises, so if this is the class of vehicle you want we need to be clear that the faults of the Liberty are mostly faults of the class. Crossovers aren’t that fast, or efficient, or comfortable, or roomy, or fun to drive. They balance all those things, but mostly in various forms of “not bad” or “well-balanced.” The Liberty is like that, though I’d say it is more on the “not bad” end of the spectrum. To take a few examples, the drivetrain is rather tepid. Nail the throttle and the Liberty accelerates but not very quickly. Handling is also uninspired, with slow steering and understeer ruling the day.
Inside, the seats are okay, though finding a comfy position was an unmet challenge for my very average sized body (6 feet, 160 pounds). The rear seats are adequately roomy, though given the rather large overall package, nothing special. I also felt that the rugged utilitarian vibe would have been complemented by more minivan thinking in terms of useful spaces and containers.
—Tom Martin, Editorial Director
Pros
Understated and utilitarian looks are a pleasant change
It actually works off-road!
The Jeep History means this has more soul than most small SUVs
Cons
Slow steering leads to boring handling
Based on exterior dimensions, there could be more room for people and stuff inside
Uninspiring 3.7-liter V-6 isn’t very quick
Tags:
Four-wheel driveJeepoff-road