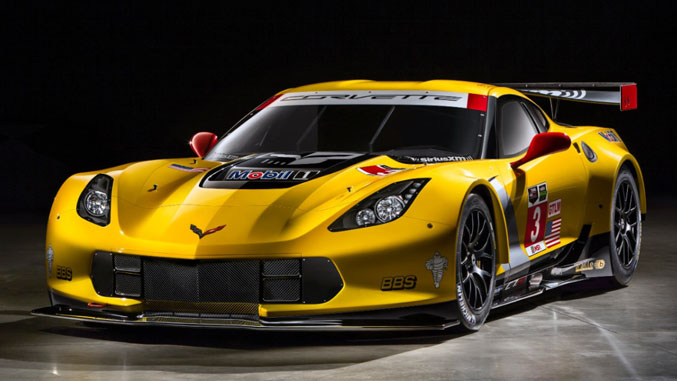 This is the overview page for the Chevrolet Corvette C7 R. Rumors, news, reviews, road tests, specifications, videos, awards, and other relevant information will all be included here as they become available.

Rolling into the COBO Center alongside the new road-going Corvette Z06 was its racecar counterpart, the Chevrolet Corvette C7 R. Developed alongside the production car, the C7 R is set to compete in the United Sports Car Championship alongside rivals like the SRT Viper GTS-R next month.