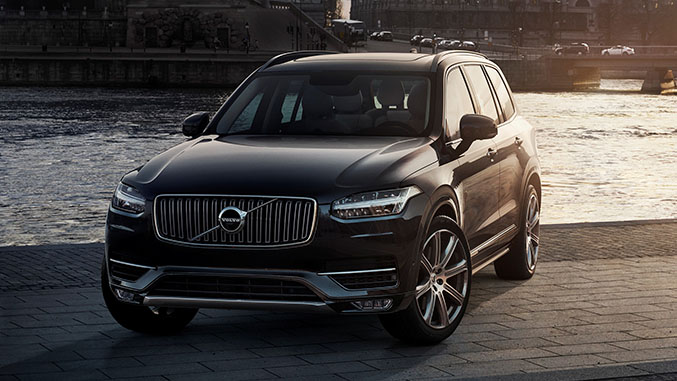 This is the overview page for the 2015 Volvo XC90. Rumors, news, reviews, road tests, specifications, videos, awards, and other relevant information will all be included here as they become available.

After more than three years of development, Volvo has finally unveiled the next generation of the XC90. More than just a simple makeover of the SUV, the XC90 is the culmination of an 11 billion dollar overall investment in new product research and development for Volvo from its parent company Geely, and is the first all-new vehicle Volvo has developed since severing its ties with Ford. Moreover, the XC90 features Volvo’s new line of technologically advanced drivetrains, the company’s new modular Scalable Product Architecture platform, and a look at the automaker’s latest design language in a finalized production form.

Externally, while not as radical and sporty as recent concepts like the XC Coupe, the new XC90 still retains much of the elegance and simplicity that was showcased in concept vehicles Volvo has trotted out over the last few years, punctuated by Volvo’s t-shaped "Thor’s Hammer" LED running lights. Inside the new XC90 the story of modern and minimalist design is much the same, though Volvo’s infotainment revisions, in particular, are more radical than they might appear at first glance.

Taking a page from Tesla’s playbook, the center stack is dominated by a tablet-sized, vertically oriented touchscreen which allowed designers to eschew much of the busyness seen in the previous generation’s control scheme. Top trim levels of the XC90 will get premium touches like a crystal shift knob made by Swedish glassmaker Orrefors, diamond-cut ignition and volume controls, and an optional 1,400-watt, 19 speaker Bowers & Wilkins audio system.

The 2.0-liter turbocharged and supercharged four cylinder motor we first saw on the 2015 S60 and V60 we drove earlier this year will come standard on the new XC90, here generating a rather impressive 316 horsepower. Even more impressive is the top-spec drivetrain, which adds a plug-in hybrid system to the mix, bringing the total output to approximately 400 horsepower (exact figures have not been finalized yet).