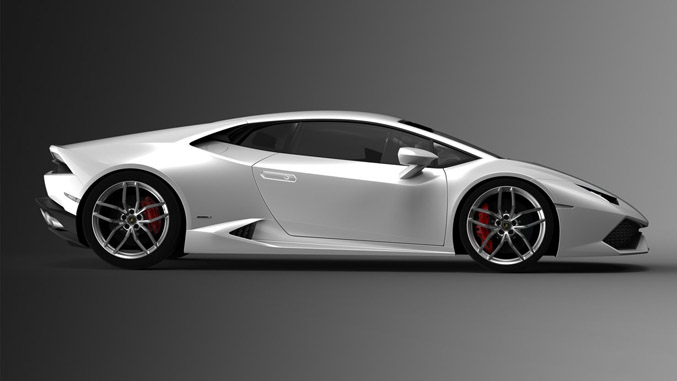 This is the overview page for the Lamborghini Huracan LP 610-4. From now on, as we further review this car, we will be updating this page with whatever fresh content we create. Future drive reviews, updated specifications, videos, and other relevant information will all be included here.

Over the course of nearly a decade of production, Lamborghini has built more than 14,000 Gallardos of various configurations, making it the most successful model in the manufacture’s history. Nicknamed the "baby Lambo", the Gallardo shared the limelight initially with its bigger brother, the Murciélago, and more recently with the Murciélago’s successor, the Aventador, as Lamborghini’s volume sales models. Clearly, any successor to the Gallardo’s throne has big shoes to fill. But the Huracan, which Lamborghini unveiled today ahead of its debut at the 2014 Geneva Auto Show, looks to be up to the task.

As you might’ve surmised by now, unlike many had speculated – ourselves included – the new car will not be called the Cabrera. Instead, the newest diminutive Lambo will be named after the "fighting bull Huracán of the Spanish Conte de la Patilla" whose breed was known for its "outstanding courage and strong sense of attack." Works for us.

As has become tradition at Lamborghini, the "610" in 610-4 will signify the 610 horsepower its 5.2-liter V10 develops, while the "4" denotes that all four wheels will get their fair share of the grunt. Power will be sent to those wheels via a new seven-speed dual clutch transmission. With a dry weight of 3135 pounds, Lamborghini says this combination will get the Huracan to 62 mph from a standstill in 3.2 seconds, and on to 124 mph in a total of 9.9 seconds, with a top speed of just over 200 mph.