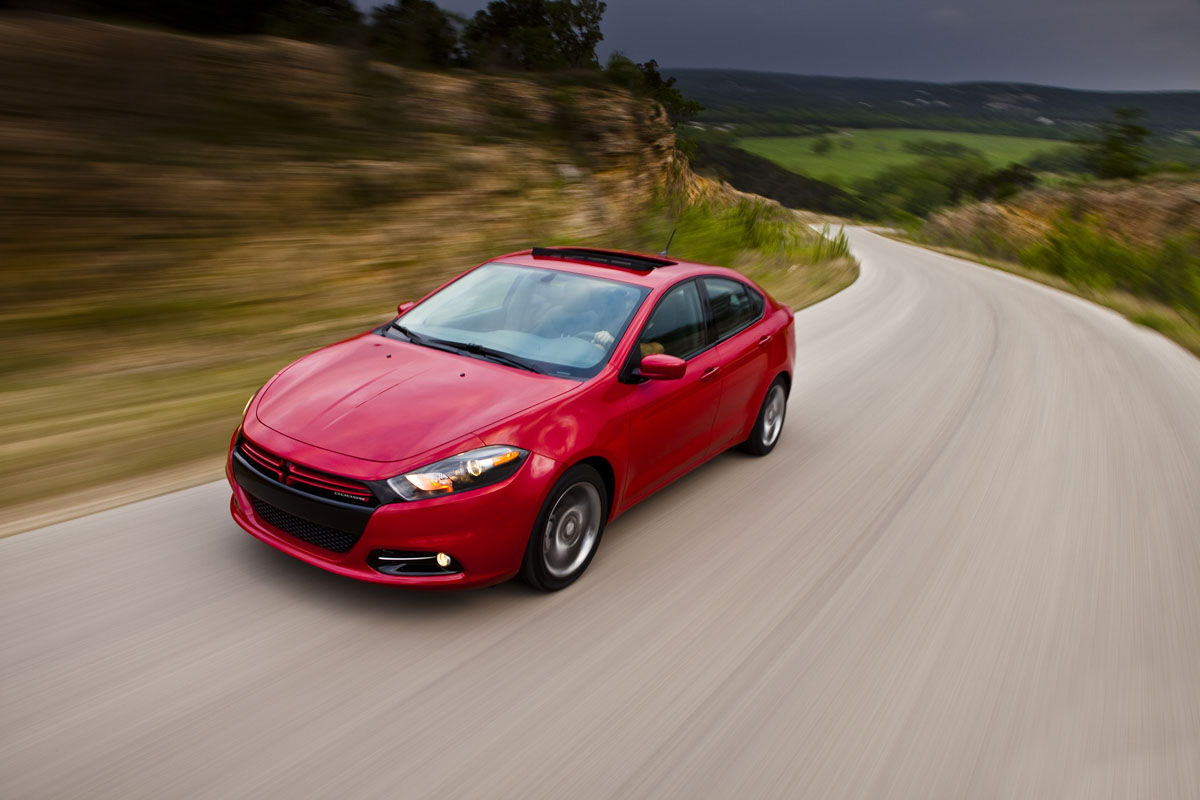 2013 Dodge Dart Limited 2.0
Seyth’s experience with the Dart in 1.4-liter turbo manual form covers much of what is relevant for the 2.0-liter normally aspirated car. We’ll spend our time on a few differences, but first let us reinforce key points about this car:

1. The styling is one big deal here, because the car drives pretty well (and we can’t predict reliability with one or two samples) within the context that cars in this class are on the bland side dynamically.

2. We like the exterior look and so did many of our consumer panelists when they looked at it (the Dart isn’t radical enough to be a head-turner).

3. Similarly, the interior design is better than that of many competitors. The materials aren’t quite up to the level of the design, but it is still better than having the mediocre materials and design that many players in this price range offer.

4. The Dodge brand is not a strength, in the minds of some people, to put it mildly. That is too bad in a way, because the car is exactly what Dodge needs to change people’s feelings.

Now, the 2.0-liter engine, which has the same 160 horsepower as the 1.4-liter turbo but 36 pound-feet less torque, is almost bound to deliver a less inspirational total package. You generally can’t reduce power and make drivers happier, though it can happen. But with the Dart, the 2.0L is definitely on the tepid side. The automatic may not help either, but since it is the choice almost all buyers will opt for, it makes sense simply to view it as part of the deal. The Dart doesn’t seem outright slow, but it isn’t a sports sedan either. The bigger aspect from the perspective of the target market is that the low torque and the automatic gearbox add up to a car that whose throttle is a bit hard to modulate smoothly. Not a huge issue, but it is part of the character of the car you may want to assess on a test drive.
Fuel economy is perhaps the upside of this engine because it is pretty decent. We averaged a little over 30 mpg in a mix of city and suburban driving. The EPA rates the Dart Limited at 25/36/29 miles per gallon city/highway/combined at that seems very believable.
Finally, value is in the wallet of the beholder. Our loaded tester came in at $24,965 with delivery, which seems high until we remembered it had a slew of luxury features including leather, navigation, blind spot information, keyless start, heated seats, rearview camera, fancy wheels, SiriusXM. The most basic Dart rolls out of the showroom just under $17K, so there is some pricing flexibility based on configuration.
—Tom Martin
2013 Dodge Dart Limited 2.0 6AT
Engine: Inline-4, 2.0 liters, 16v
Output: 160 hp/148 lb-ft
Weight: 3242 lb
Fuel Economy, City/Hwy: 25/36 mpg
Base Price: $19,999
Price As Tested: $24,965
Tags:
2013 Dodge DartDodge Dart reviewdrivenfirst driveseyth miersmaWinding Road