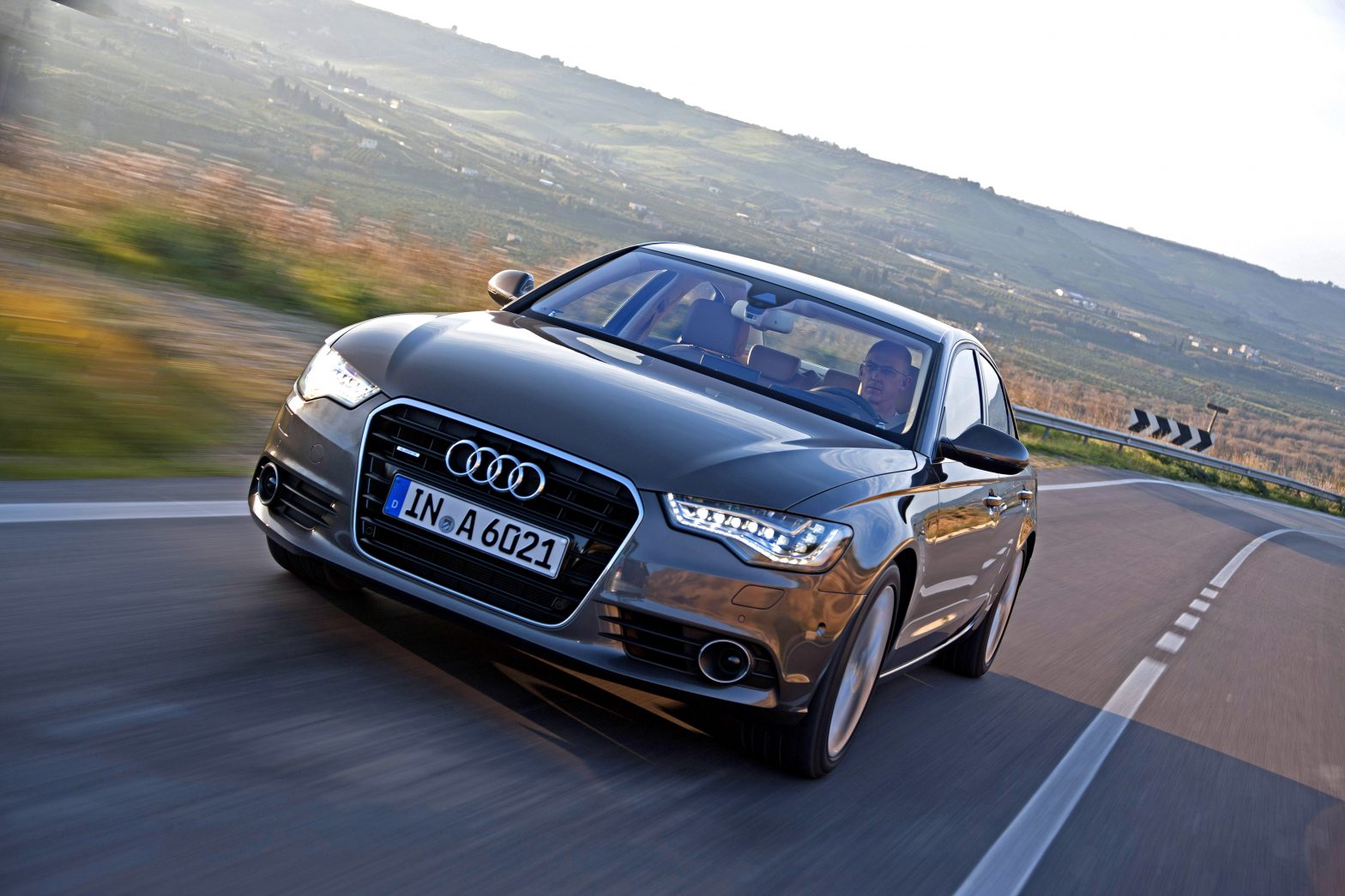 While the outgoing C6-generation Audi A6 made a significant splash at its start of sales in 2004, winning World Car Of The Year honors, the somewhat featureless exterior eventually blended into the woodwork. Worse, the car never really won any hardcore dynamics comparisons, not even in the limited-run RS6 treatments. All the same, that A6 was the best-selling car in that lucrative premium segment worldwide in 2007, 2008, and 2009.

What Audi obviously wants to do first with this C7-generation A6 is seize back its selling supremacy. But Ingolstadt has also been listening to us and to clients when we’ve repeated that we want a lighter car, a better-looking car, and a car with superior dynamics in the class. From our drives of various trims and engines recently in Sicily, the new A6 is, in fact, now the best in its very challenging class. We’ll need to wait and see if Audi can make a great S6 and RS6 to face down the hotter new M5 and E63 AMG top-of-the-range stars, but as for the civilian package, the new A6 beats the others.

Although the eight-speed Tiptronic gearbox that gets such wide use in North America (the only box available on the A6 when it arrives in the States by mid-July) was not available here to test, we still got a clearly good feeling for the car over 200 miles of challenging driving.

It’s amazing what happens when you take 120 pounds out of a 300-horsepower Audi A6 3.0 TFSI (make that 176 pounds less for the re-engineered 3.0 TDI that will probably be coming over to the States later on), give it a longer wheelbase by shoving the front axle forward almost three inches, and make the front axle itself half an inch wider. Then opt for the top-most version of the latest MMI onboard system with 3-D chip and seamless integration of Google Earth. It’s all so stylin’ as to not be believed. If you intend on snagging the S-line package with 1.3-inches lower sport suspension and better steering wheel et al., we recommend not getting the twenty-inch wheels because they freely tramline towards wherever the road imperfections are headed. With the bigger optional wheels, we often needed to nudge the steering wheel back to where we wanted it to go. The nineteen-inch wheels with Pirelli P Zeros solve all of that.

In addition, there is new electro-mechanical steering with optional Dynamic Steering available. Thusly equipped, the new-found precision on this A6 throughout the western mountain roads of Sicily was truly impressive. We dare say that the A6 beats both the heavier 5-Series or latest E-Class in overall feel. Working also with the new-generation of 40:60-split crown-gear Quattro system (introduced on the RS5), also works to the dynamic advantage. Same for the optional sport rear differential with torque vectoring that pays big dividends in all those curves.

Finally, overall body-chassis rigidity is up by 20 percent which does further wonders. Non S-line cars prove better overall for the everyday sportier driver when Audi Drive Select, coupled with hydraulic suspension, is added. The range with this setup from pure comfort and/or new Efficiency mode all the way through Dynamic makes any road situation more than tolerable.

Though the 3.0-liter TFSI motor remains the same, there’s nothing wrong with that. With the less weight to haul and a better 55/45 fore/aft distribution of heft versus the former car’s 59/41, dynamics are again improved noticeably. 5.4 seconds is the estimated acceleration time to 60 mph and we have no reason to doubt it. Meantime, fuel efficiency is bumped up by some 12 percent.

As regards the interior, there is nothing to criticize unless you just prefer someone other company’s design choices. The Touch technology and iPad hotspot connectivity are probably necessary evils, but not for us. Leave the iPad to the passengers and leave the Touch finger-scrawling out altogether. Regardless, what we see here is really just a smaller version of the A8, with every new feature offered by that larger sibling being offered here.

And to our eyes, this new exterior is a far more durable design over the lifetime of the car. Overall height is actually lower now and length is a tick less as well. These changes help in differentiating the A6 from the A8, something which was needed. Aerodynamics are superior, as well, with a 0.26 coefficient of drag reading, thus helping to execute this terrifically quieter cabin.

It’s going to sell like gangbusters. Or, that’s certainly what Audi is hoping for finally. Base price for the A6 3.0 TFSI Quattro—destined to be the most popular setup in the US—will undercut the BMW 535i xDrive sedan, which lists at $52,400.