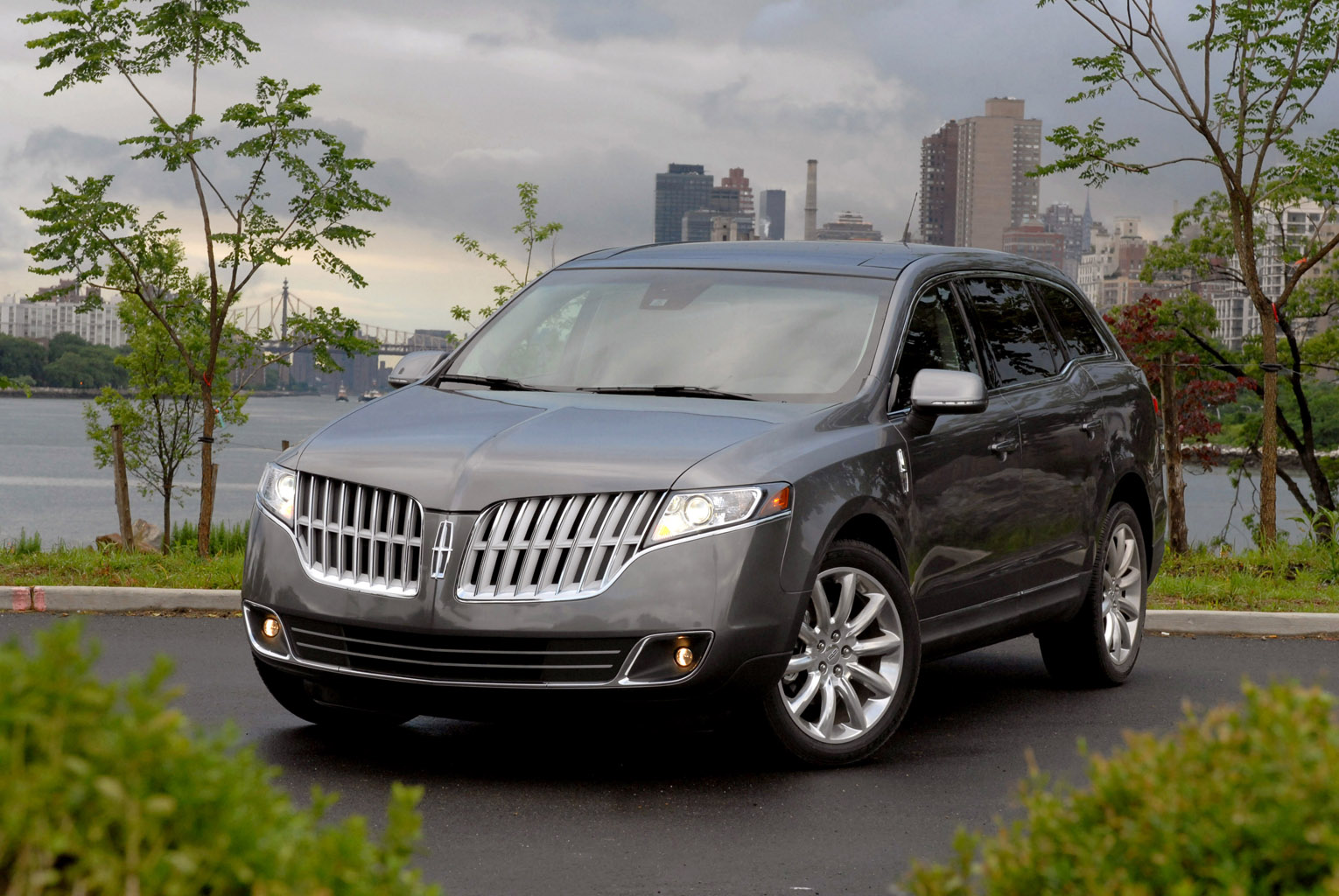 On paper, the Lincoln MKT looks pretty good. With a $54,000 price tag, a 355-horsepower EcoBoost V-6, all-wheel drive, the ability to fit seven passengers, and all manner of luxury goodies, the MKT ticks all the boxes for the full-size luxury crossover market. So is it another hit from Ford? Yes and no.

Things in the powertrain department start out well enough. A 3.5-liter, biturbocharged EcoBoost V-6 rests under the creased hood of the MKT. Producing 355 horsepower and 350 pound-feet of torque, the EcoBoost V-6 is well suited to this application. Turbo lag is well controlled, with power coming on in a very linear manner. Keep the right foot planted long enough, and the MKT can, and will, reach felonious speeds. Our primary criticism of the EcoBoost unit is the engine note. It sounds engineered and artificial, almost like a video game sound effect. Regardless of engine speed, it sounds harsh. Otherwise, it is an excellent mill.

For as quick, rev-happy, and generally good as the engine is, the same cannot be said for the six-speed SelectShift automatic transmission. Although it executes upshifts at appropriate engine speeds, the gear changes seem slow, labored, and jerky. When it comes time to shift down, the gearbox seems confused as to what cog should be where. When you put your foot down, there is an unpleasant delay from the gearbox, where you can almost feel the transmission cycling through gears, trying to decide which one is appropriate for the situation.

Our model featured a set of paddle shifters, one on each side of the steering wheel. They function simply enough, pull back on either side to upshift and push forward on either side to downshift. Unfortunately, the paddles don’t fix the choppy gearbox, and to add insult to injury, they are made from some extremely cheap-feeling plastic.

The steering is on the light side, but it never feels too light. In fact, the lack of communication coming from the wood- and leather-clad wheel is the bigger issue. The driver receives a lot more feedback from the seat than from the wheel. This might not be an issue on a car with a heavier steering rack, but light steering that doesn’t communicate well with the driver does very little to inspire confidence.

Being a luxury crossover, we never really expected the MKT to be a great deal of fun in the bends, and we were correct. Aggressive steering inputs result in enough body roll to temper the spirits of most driving enthusiasts. The all-wheel drive system does offer a safety net, and allows the MKT to maintain a very understeery attitude.

In normal day-to-day driving, the ride is comfortable over normal pavement, behaving much like a Lincoln of yesteryear. Smooth, floaty, and supple when travelling down the road, the MKT is no BMW, but that is hardly a bad thing.

The MKT’s interior is full of technology designed to make the lives of its occupants that much easier. Heated and air-conditioned front seats, Blind-Spot Information System, Cross-Traffic Alert, Active Park Assist, Sync, and an awesome THX 5.1 surround stereo make sure occupants are both safe and comfortable. As good as all the tech is, the rest of the interior just doesn’t feel like $54,000. The wood trim looks and feels fake, the switchgear is identical to what is offered in a $14,000 Focus, and the center console feels hard and plasticky. Compared to Lincolns of old, the interior is designed in a much nicer, more functional, and attractive manner. However, the materials being used just aren’t good enough for such a competitive market.

The MKT isn’t a bad car. Its loaded full of impressive technology, has an awesome engine under the hood, and has a supremely comfortable ride. But when looked at in the context of the full-size luxury crossover market, despite being cheaper than most, the Lincoln has a tough competitive set to deal with.

Tarnished Sebring Nameplate Set To Be Replaced By Nassau