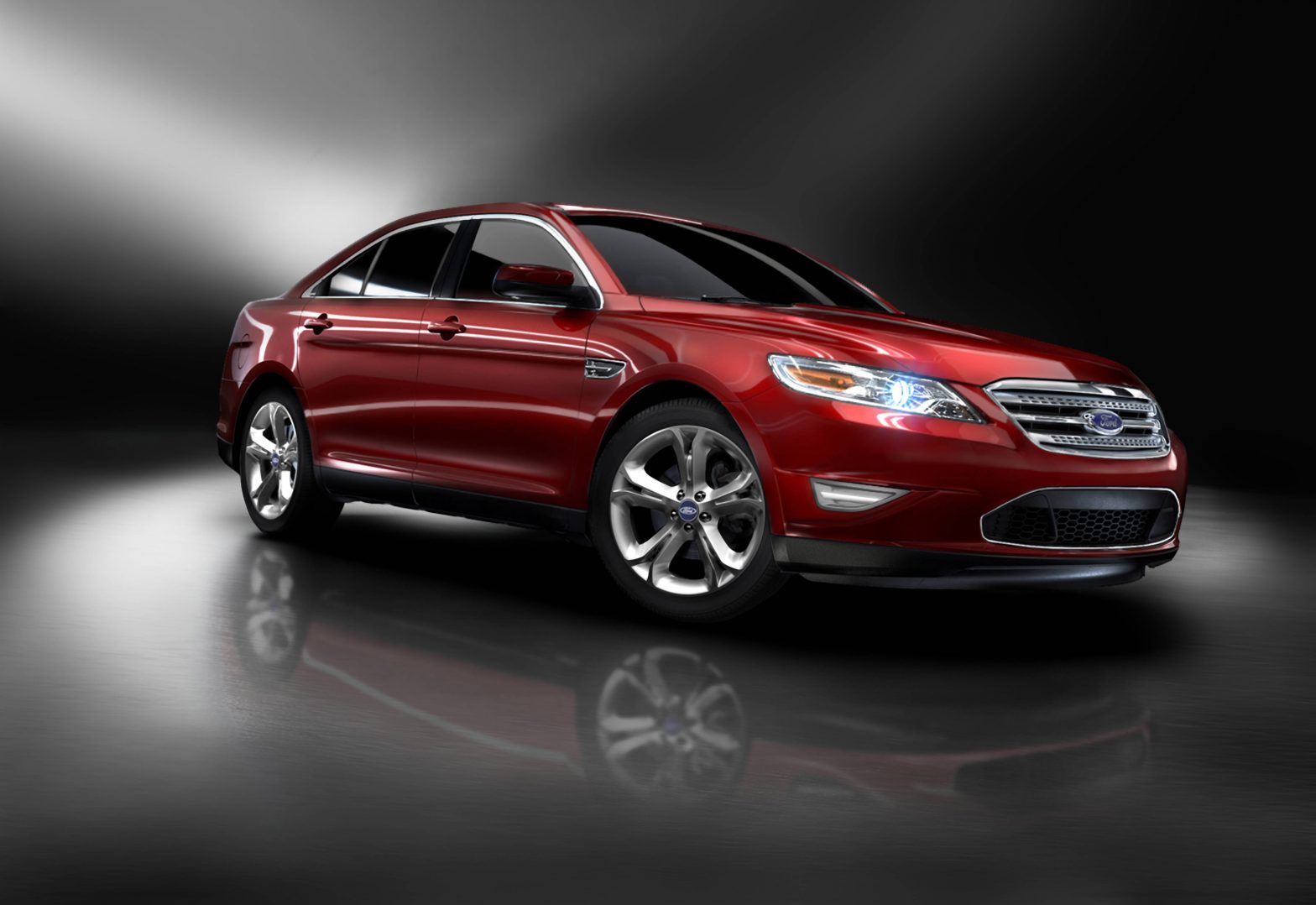 Being part of the Taurus SHO enthusiast community for the last ten years, observing the development, launch, and acclimation of the new car has been a bit of a nail-biter. The last time Ford made a stink about a Blue Oval-based performance sedan was back in 2003 with the Mercury Marauder, and though the car was generally praised for its mass-defying handling characteristics, it was a dud in the straight-line performance department thanks to a high-revving mill that offered no low-end torque to speak of. As a result, big-horsepower Ford fanatics were left with a $35,000, Darth Vader edition Grand Marquis that was slower than a V-6 Honda Accord, and for a niche segment more interested in burnout contests and stoplight battles, the Marauder became a case study in how not to build a car for a specific enthusiast market. It was such a monumental disappointment that Ford virtually disappeared from the performance segment following the Marauder’s abbreviated two-year production run, relying solely on the retro-styled 2005 Mustang to sustain Ford’s entire enthusiast community.

So when Ford announced earlier this year it was resurrecting the Taurus SHO, eyebrows were raised across the motoring spectrum and especially within the Taurus SHO enthusiast community, who’ve long regarded themselves as Ford’s red-headed step-children. Spying the tiny turbos and listening to Ford engineers babble on about torque delivery and fuel economy at lengthy pre-launch events did little to quell concerns, leading more than a few folks to write the car off without so much as a test drive. Everyone knew that the new car was going to be much bigger—and heavier—than the original, but had Ford learned the lessons of the Marauder? Would Ford actually have the guts to build a sedan that once again equaled the Mustang GT in performance? Would this new vehicle Ford was calling its premium flagship “with attitude” be more than a few badges and some noise?

Despite hefting a mass nearly 200 pounds greater than the infamous two-ton Marauder, the $38,000 2010 Ford Taurus SHO succeeds in pretty much every aspect where the Marauder failed, most notably in the straight-line performance department thanks to a buffet of torque from the 3.5-liter, twin-turbo V-6. In many respects, the EcoBoost engine is actually the anti-SHO, delivering power from low to high in a linear rush as opposed to the high-revving, naturally-aspirated, Yamaha-based engines that SHO fans of old are so fond of. That shouldn’t suggest any sort of disappointment however; if the old SHO needed anything in the beans department it was more low-end muscle, and the new EcoSHO has it in spades. In fact, we reckon having so much torque on hand helps this 4300-pound, king-sized sedan feel much lighter than it really is. Credit also goes to the Germanesque suspension tuning, which delivers a very surprising balance of comfort, isolation, and athletic poise, even on the SHOs equipped with the more aggressive track package. Having seat time in both versions of the SHO, the suspension tweaks and 20-inch summer compound tires that accompany the track package will definitely appeal to the sportier of sport-sedan enthusiasts, though both cars are capable of inducing grins. The six-speed automatic is neither impressive nor disappointing, though having a manual mode that doesn’t automatically upshift at redline is at least a step above other manumatic offerings in the market. The push-pull paddle programming of the tranny seems contrary to the natural order however, and while it still doesn’t take the place of a real manual transmission, it’s at least marginally-enjoyable to operate. Plenty has been said about the smallish brakes, and though we journalists tend to push the limits during road tests more than the average car nut, we’d never the less like to see something a bit larger from the factory. Admittedly, most owners will likely never push this car hard enough outside a race track to really get the brakes cooking, but a car of this caliber should deliver on all fronts, not just a few.

Then again, Ford didn’t build the car for journalists. They built it for enthusiasts, and more specifically, SHO enthusiasts. The Ford PR machine hasn’t been shy about touting the enthusiast involvement in both the design and launch of the new SHO, but peer into that enthusiast window and you’ll find a polarizing division of classic SHO supporters who aren’t onboard with the new car. Not surprisingly, the vast majority of criticism stems from the sheer bulk of the thing, which dwarfs the original 1989 Taurus SHO by over 1100 pounds. Dig a bit deeper however and the discontent becomes something much more fundamental. The original SHO wasn’t about excess, or miles of sound-deadening material, or gimmicky plastic engine covers. It didn’t try to meet Audi or BMW on their turf by offering two tons of standard and optional equipment. It wasn’t over-engineered; it offered performance enthusiasts an outstanding combination of a great engine in a solid platform, operated through a basic mechanical interface free of stability control or automatic transmissions. In the SHO community there is little question that the 2010 SHO is a fantastic car, but there is some disappointment in that, while shooting for the moon and making it, Ford overlooked the fundamentals that helped the original car attain the devout following it enjoys today. Whether or not the new car has the chops to create its own legend remains to be seen, but the encouraging news for Ford is that just about every enthusiast who drives the 2010 SHO seems to fall in love with it. If the Blue Oval could just cut out some fat, pony up on the brakes and offer a legitimate manual transmission, this car would be a game-changer.

From our perspective, the slick styling, enviable list of techno-options, high-level of refinement, and especially the never-ending power band, have us answering our questions above with a resounding yes. The 2010 SHO does equal the Mustang GT in performance, it would seem to be much more that just a marketing gimmick, and Ford seems to have indeed learned some very important lessons from the Marauder debacle. If anything, the new SHO could be too good, elevating it from the rough-around-the-edges persona of SHOs past to an extraordinarily refined and engineered performance flagship on par with Germany’s finest, all while costing thousands less. That may rub some traditional SHO enthusiasts the wrong way, who would prefer a slightly faster, slightly-less expensive, slightly-less affluent, performance sedan. As these cars make their way into public hands however, we tend to think more people will come around to the charm of the all-new SHO. If not, look on the bright side. At least this time, Ford built a muscle machine with the chutzpah to out run a Honda Accord.