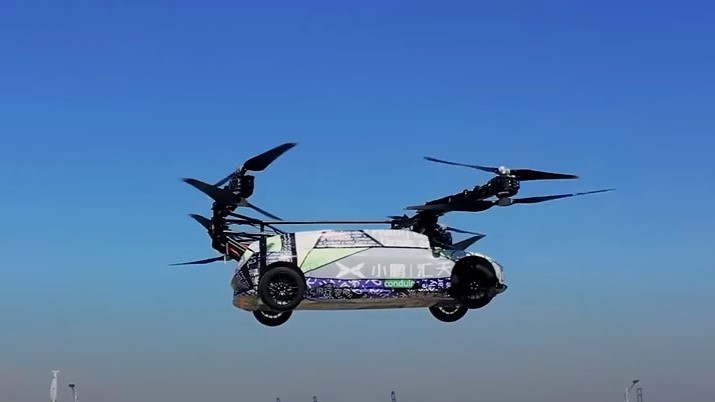 The arrival of commercially viable flying cars has been erroneously foretold countless times before over the course of the last century, but in recent years, with the popularization of electric vehicles, the idea that we will travel around like the Jetsons in the foreseeable future seems to be gaining traction again. Companies dedicated to providing such a product are now popping up, and other companies like China’s Xpeng are also looking allocating resources for this.

They even created a separate company, Xpeng HT, with the sole focus of creating eVTOL (electric vertical takeoff and landing) vehicles and now that company shared video of its prototype’s maiden flight during a larger Xpeng presentation in China. The final part of the video is dedicated to the Xpeng AeroHT’s first flight – we get to see it drive out of a garage (or hangar), then it is weighed, revealing that it weighs just under 2 metric tons (4,400 pound), before firing up its eight large rotors and lifting off.