Volkswagen To Focus Entirely On Electric Cars In Motorsports 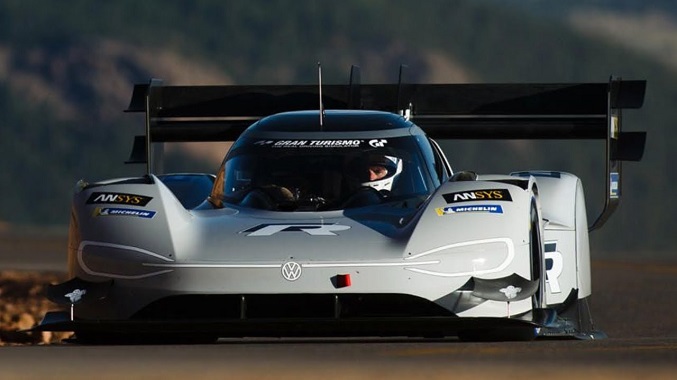 Volkswagen has announced that they are no longer pursuing a motorsports strategy that includes internal combustion; starting in 2020 they will focus purely on electric-motor-driven motorsports, according to this article by Racer.com.

There is certainly no doubt about their capabilities, as the article highlights their immense achievements with the ID.R prototype over the past several years:

“Volkswagen Motorsport broke new ground with the ID.R, and with its records around the world it demonstrated the enormous potential of electric drive. Now is the time for the next step towards the future: in motorsport, Volkswagen is resolutely committing to e-mobility and will say goodbye to factory-backed commitments using internal combustion engines,” said Dr. Frank Welsch, Member of the Board of Management of the Volkswagen Passenger Cars Brand with responsibility for Technical Development. “In addition to the ID.R as a technological pioneer, the MEB will in future be the second, production-related pillar in Volkswagen’s motorsport program.”

Though, one particular aspect of this strategy that has us a bit teary-eyed, is the end of their Golf GTI TCR program in the US for the current Mark 5. Long-term customer service and support will be offered, but production will cease and there are no plans at all to build the upcoming Mark 6 Golf platform into a gasoline-powered TCR car. Obviously, Lamborghini and Porsche, two of the VW Auto Group’s hottest brands, will still field gas-powered racecars for the foreseeable future, but we’ll still miss watching heavily-modified GTIs duke it out in the corners on track with other hot hatches.

Of little interest to us in the USA, the Polo GTI R5 will continue production down the autobahn from Wolfsburg in Hanover, though only for private teams as there will no longer be an official, factory VWMS effort.

Hyundai won the hearts and minds of hatchback racing enthusiasts, who also dig electric development in passenger cars, earlier this year with their Veloster N ETCR prototype, perhaps VW might change its mind and offer a new Mark 6 Golf TCR in electric as well? It’s hinted above by the brass at VW… let’s hope they channel their proud heritage in touring car racing and put the new MEB platform to good use in TCR!

What do you think about this development? Let us know in the comments below.