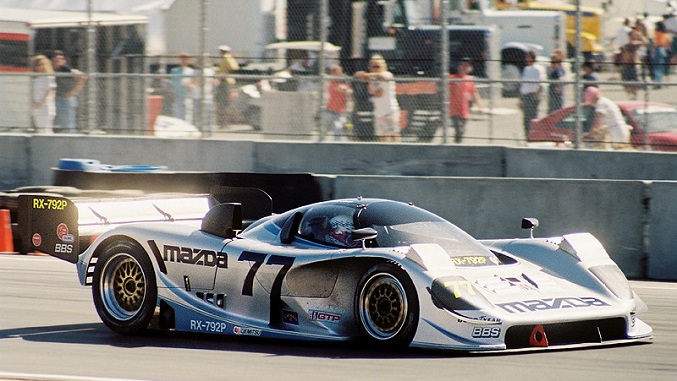 Great news in vintage racing: SCCA is introducing a new class for 2020 as a catch-all for vintage prototypes we spend so many hours drooling over on YouTube. Named Prototype X, this class will be a great accompaniment to the growing number of old Daytona, Le Mans, IMSA, and Camel Light prototypes finding a second life in vintage racing.

This development coincides with the introduction of another class created for 2020, Formula X, which is designed for cars with less power than Formula 1000 and Atlantic, such as Formula Mazda, Formula 4, and USF2000. It’s also a great step after GT-X was introduced this year, which bodes well for cars homologated for FIA GT3, SRO GT4, and TCR.

Check out the full press release from the SCCA:

TOPEKA, Kan. (Dec. 17, 2019) — SCCA’s Summit Racing Equipment Road Racing program will see two new classes in 2020, one that combines existing cars into a new class, and the other created to invite a different “type” of racecar out to Sports Car Club of America® events.

The SCCA® Club Racing Board (CRB) has created a new Formula X (FX) class intended for winged, open-wheel formula cars of modest power and performance below that of Formula 1000 or Formula Atlantic vehicles. Cars falling within Formula X for 2020 include Formula Mazda, Formula 4 and tube frame USF2000 vehicles. This change means Formula Mazda will no longer be its own car class at SCCA Road Racing events.

Formula X was designed to include cars built in significant numbers, but not quite sufficient enough to populate their own class; as well as those vehicles not constructed to existing SCCA General Competition Rules formulas but which still meet FX class criteria. According to SCCA CRB Chairman Peter Keane, FX will be deployed in 2020 at all Summit Racing Equipment Road Racing Regional, U.S. Majors Tour and Hoosier Racing Tire Super Tour events, and is a Runoffs-eligible class.

“The CRB is tasked with looking after the overall health of all SCCA competition classes, including formula cars,” Keane said. “We see Formula X as a way to enhance formula car participation in Club racing. It serves as a means for cars used in pro series to get involved in SCCA Club events, and can function as an incubator for the growth of new formulas that may one day have a specific competition classification.”

The second new SCCA car class added by the CRB for 2020 is named Prototype X (PX) and will also be deployed at all SCCA Road Racing Regional, U.S. Majors Tour and Hoosier Racing Tire Super Tour events. Similar to the GT-X class created in 2019, PX is open to various prototype vehicles that have been competing in U.S. road racing over the past several years. Deanna Flanagan, SCCA’s Road Racing Director, said examples include Daytona Prototype and Le Mans Prototype cars, as well as older IMSA GTP and Camel Light race cars. The PX class, however, will not be Runoffs-eligible in 2020.

“Across the country there are a number of competition-ready cars, now privately owned, that fall within SCCA’s new Prototype X classification,” Flanagan said. “The idea behind creation of Prototype X is to provide a way for these beautiful machines to participate at SCCA road races. It’s another way SCCA makes itself accessible to motorsports enthusiasts who love to have fun with cars.”

Another change in 2020 for the SCCA Summit Racing Equipment Road Racing program includes Formula Enterprises (FE) now being eligible only at Regional events, a development communicated two years ago with creation of the Formula Enterprises 2 (FE2) class. Also, Formula 1000 (FB) has been folded into the Formula Atlantic (FA) competition class.

This Weekend In Racing: December 22nd