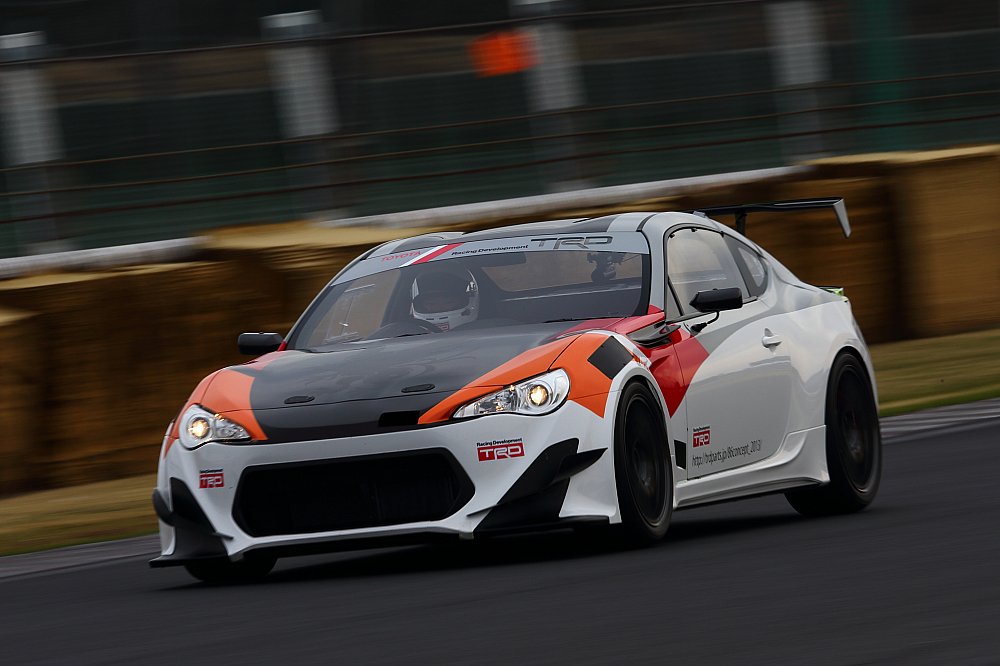 When Toyota held its UK unveiling for the GT86 (Scion FR-S and Subaru BRZ to the North American audience), the Japanese brand selected the legendary Goodwood Festival of Speed.
For the 2013 FoS, Toyota is returning with an even hotter GT86. Called the TRD Griffon, this particular GT86 has been fully setup for track driving. The engine remains stock, but that doesn’t mean the rest of the car isn’t heavily modified.
The roof, hood, doors, trunk lid, and rear wing are all made from carbon fiber, while carbon-fiber-reinforced plastic constitutes the bumpers, front fenders, and diffuser. Lightweight polycarbonate has replaced the GT86’s safety glass.
Mechanically, the Torsen limited-slip diff has been replaced by a TRD item, while a coilover suspension has been fitted. The transmission features a shorter final-drive ratio, as well.
Mono-block calipers from TRD sandwich race-ready brake pads. Protecting the brake setup are a set of 18-inch TWS wheels mounted to super-sticky Yokohama Advans.
In the cabin, driver’s are cosseted by a TRD bucket seat and Takata seatbelts, while a Momo steering wheel takes the place of the stock item.
The Toyota GT86 TRD Griffon will be on display at the 2013 Goodwood Festival Of Speed, which runs from July 11 to July 14 on grounds of Goodwood House, home of the Earl of March.