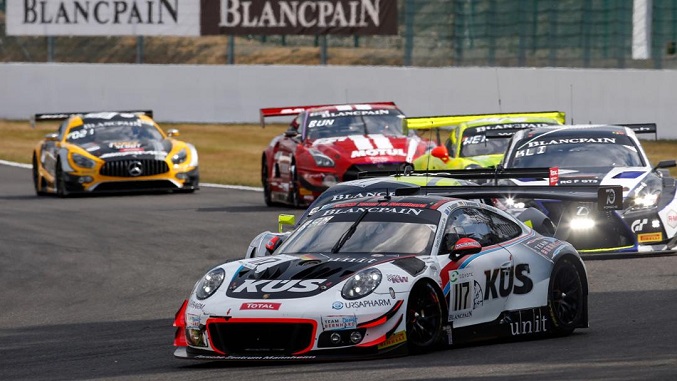 Another weekend packed full of action is upon us, sports fans!

In F1, teams make their way to Baden-Württemberg for the German Grand Prix at Hockenheimring. Practice is on Friday and Saturday, followed by qualifying later on Saturday and the race goes down on Sunday.

IndyCar and Indy Lights are at Mid-Ohio, with practice on Friday and Saturday, followed by qualifying on Saturday and the race on Sunday.

The Blancpain GT Series treats itself to a nice (but not relaxing) spa weekend; watch all the coverage of the Spa 24 Hour race (including qualifying) over at blancpain-gt-series.com, and check out coverage of the start and finish Saturday night and Sunday morning on CBS Sports.

NASCAR’s Monster Energy and Gander Outdoors Series are in Pennsylvania at Pocono Raceway: the action begins on Friday and goes all the way through Sunday.

Finally, the NHRA Mello Yello Drag Racing Series finds itself in the middle of wine country on Sunday, with finals going down in the evening at Sonoma.

Check out the schedule of these series and more over at Racer.com