The McLaren P1 Will Be Very Fast 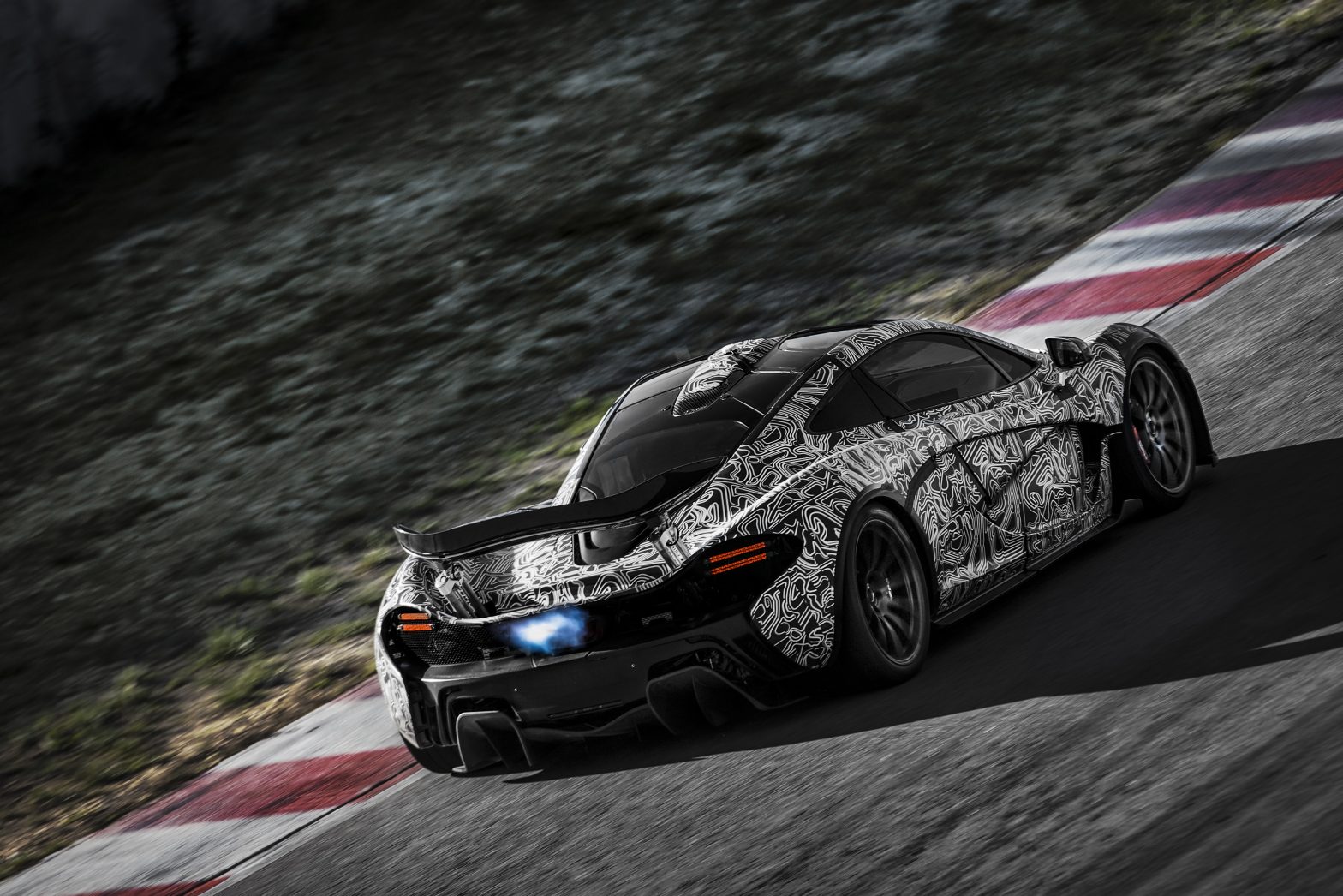 How fast? Well, it’ll be powered by a mid-mounted, 3.8-liter, biturbocharged V8. This is a newer version of the engine found in the MP4-12C and 12C Spider, which has been optimized for the P1. With 727 horsepower and 531 pound-feet of torque on tap, it develops almost 200 horsepower per liter of displacement. By comparison, the 6.3-liter V-12 in the Ferrari F12 Berlinetta develops 730 horsepower, and 116 horsepower per liter of displacement. That should give a fair idea of just how potent McLaren’s engine is. Oh yeah, it’ll also shoot blue flames out the back.
Power should be quite accessible with the quick-revving V-8. Peak horsepower sits at a lofty 7500 rpm, while the torque peak is at 4000 rpm. Considering the race-oriented nature of the P1, these figures might as well be idle speeds.
But that wasn’t enough (apparently). In addition to the biturbocharged V-8, a hybrid drivetrain has been fitted. Good for 176 horsepower on its own, the electric motor also develops an extra 191 pound-feet of torque. As always, peak torque is available at zero rpms. All together, the P1’s powertrain develops 903 horsepower and 663 pound-feet of torque.
Surprisingly, it gets better. The P1 will be the first road-going car to utilize a push-to-pass system. Courtesy of a big, red button on the steering wheel (we can’t even explain the joy that came with typing those words), the Instant Power Assist System (or just IPAS), delivers an instantaneous 132 pound-feet of torque.
In terms of packaging, the electric motor is mounted directly onto the engine. A seven-speed, dual-clutch transmission feeds the power from the engine and motor directly to the rear wheels. There’s more sorcery to the hybrid powertrain than that, though. On upshifts, the electric motor provides negative torque, causing the engine to drop revs even faster. The result is that the engine is ready for the next gear in very short order.
In an odd twist, the P1 will actually be quite environmentally friendly. It’ll utilize an EV mode, good for 6.2 miles of zero-emissions driving. Carbon emissions are also impressive, with the P1 only belching out 200 grams of carbon dioxide per kilometer. A Volkswagen Tiguan, with the 2.0-liter turbo and all-wheel drive, develops 199 grams per kilometer, while a traditional sportscar like the Aston Martin DB9 unloads 368 grams of CO2 into the atmosphere after each kilometer.
Topping things off, the P1 will be offered with a drag reduction system, just like the McLaren Formula 1 cars. Where the F1 cars have a flap in the rear spoiler that opens to reduce drag, the wing on the P1 will lower its angle, reducing drag by an estimated 23 percent, with the simple push of a button. The system deactivates itself when the button is released, or if the driver gets on the brakes.
With the revelation that the P1 will use a hybrid powertrain, it looks like we’re about to see the first generation of hybrid-powered hypercars. The successor to the Ferrari Enzo has long been the subject of hybrid rumors, and the Porsche 918 Spyder has been a plug-in hybrid from the start. Now, can we please see this technology start trickling down to the Prius?
The McLaren P1 will make its official debut in a few weeks, at the 2013 Geneva Motor Show.
Tags:
Aston martin db9Ferrari F12 BerlinettaFormula 1McLaren P1mclaren p1 imagesmclaren p1 picturesmclaren p1 release datemclaren p1 specspenceroad-going carSpiderVolkswagenVolkswagen Tiguan