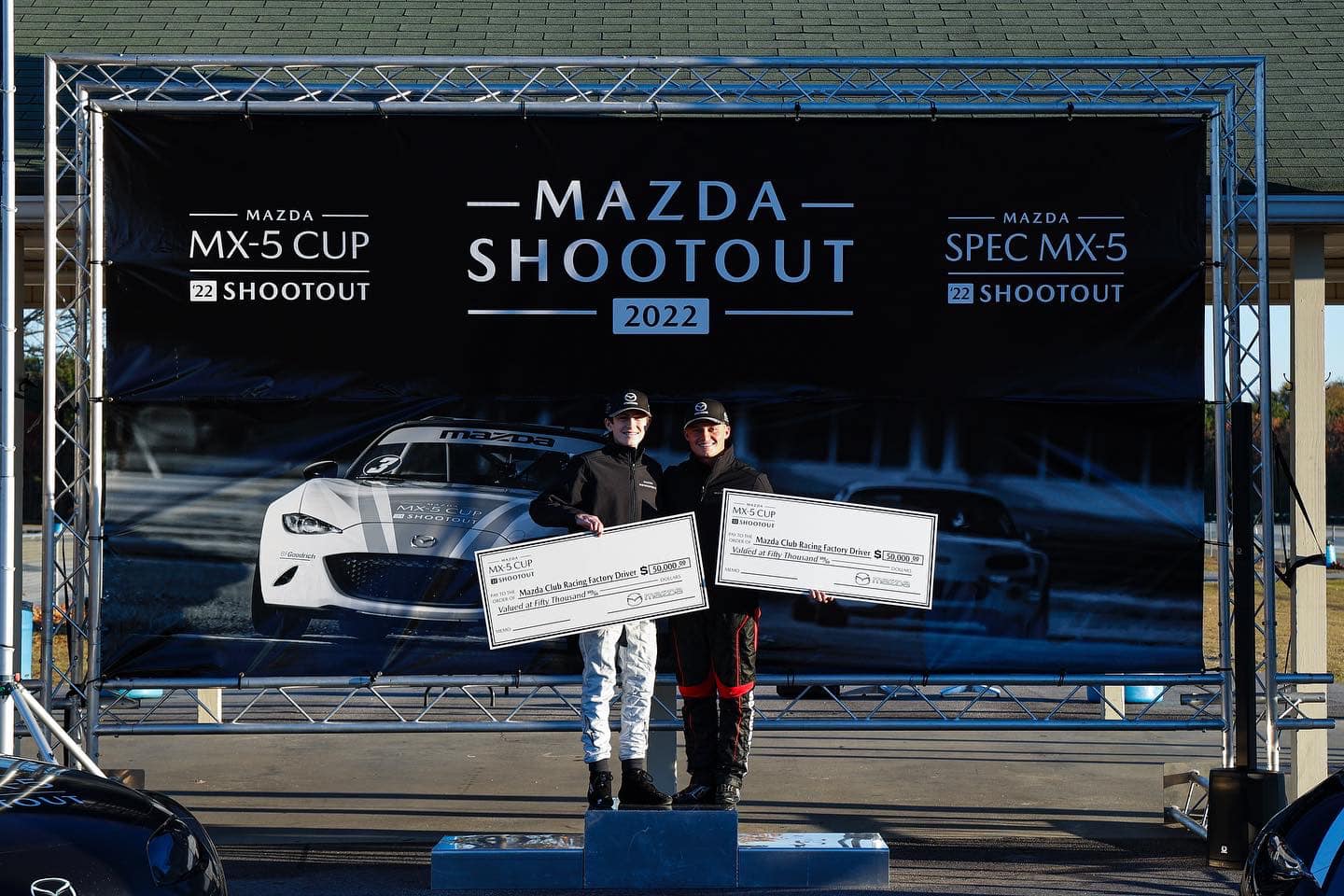 Operating three identical cars, Advanced Autosports tended to the Spec MX-5 cars, with every driver receiving their own set of Toyo Tires for the duration of the event.

Following an extensive evaluation from the Spec MX-5 judges, both Sweeney & Jones were determined to be the racers that best embodied Mazda’s ideals and speed.