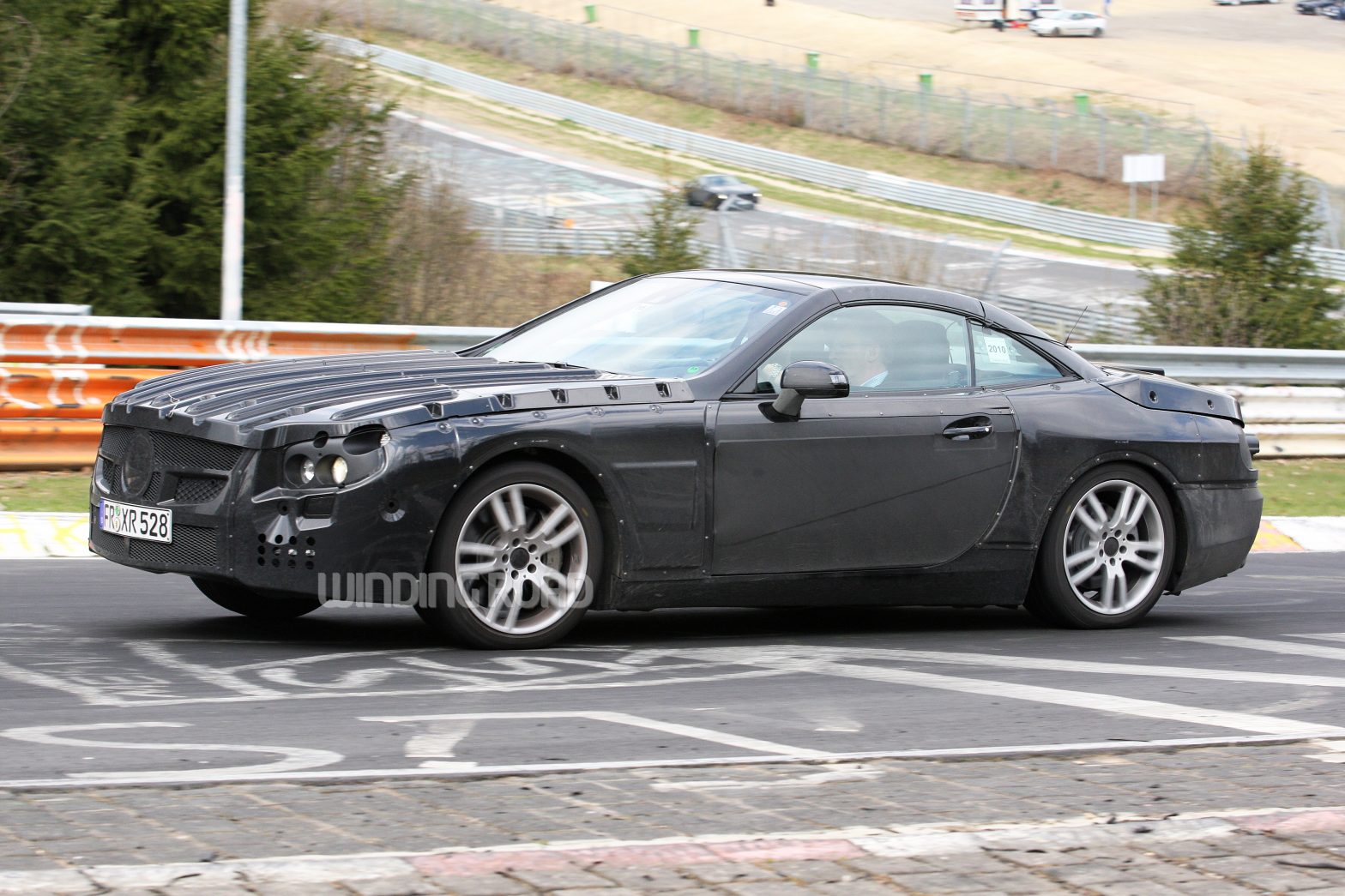 Mercedes-Benz has been testing its new SL for months now, as evidenced by several rounds of spy photos. Today, we have a fresh batch for you, this time from the hallowed Nürburgring.

Last time, when we caught it testing in a group with the current model, we learned that the navigation interface would be shifted higher. We also have heard that its new V-6 and V-8 engines will receive direct injection.

Have a look at the latest spy photos on the ‘Ring, or scroll down for the photographer’s comments.

We have seen photos of the new Mercedes SL before, several times during the winter test season. But today was the first time the SL took some laps around the Nürburgring.  Late in the afternoon four SL prototypes showed up today which resulted in these photos.